Trevor Summers Convicted of All Charges in Kidnapping, Attempted Murder, and Sexual Assault of Ex-Wife After Representing Himself at Trial 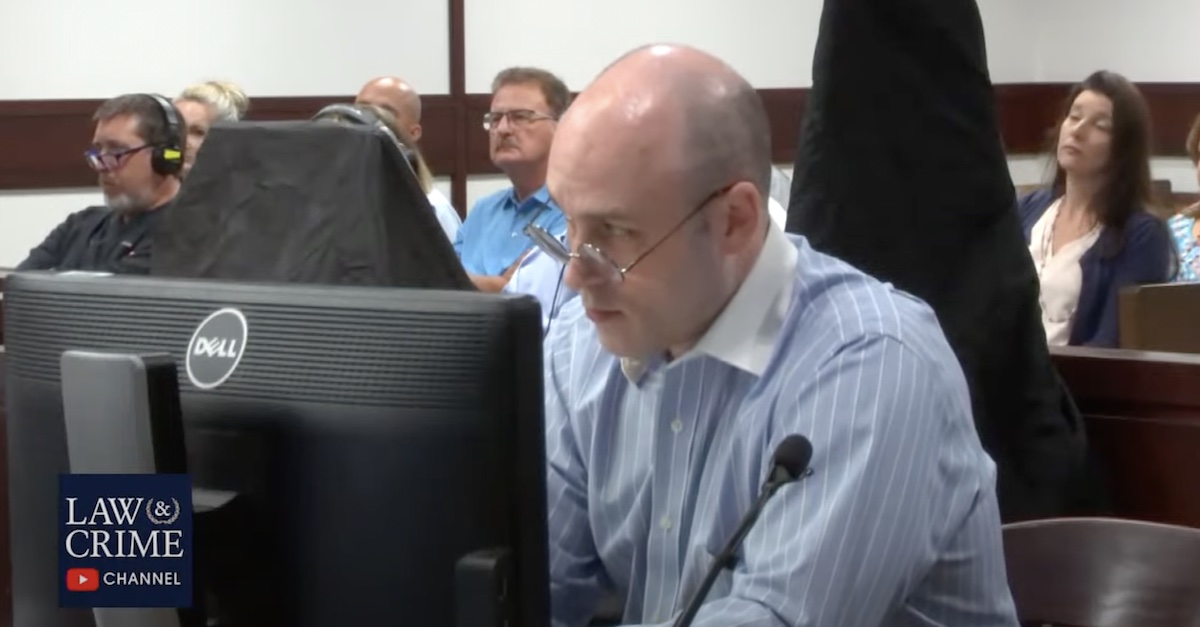 A 45-year-old Florida man accused of attempted murder, kidnapping, and sexual assault was found guilty of all charges on Friday by a jury of his peers after representing himself at trial. Jurors took just under five hours to reach their conclusion.

Summers made national headlines when he opted to become a pro se defendant and cross-examine the victim, his ex-wife Alisa Mathewson, 42.

Things didn’t get much better for his case when his daughter testified and when confession videos were played in a Hillsborough County courtroom.

In the videos, Summers confessed to tying Mathewson up and being “good at manipulation.”

“And I woke Alisa up, and I have been holding her against her will since —” he said in one video. “And I did tie her up to keep her from contacting the authorities and give me enough time to get out of town. She’s agreed to give me some time to say goodbye to the kids and leave, so I am planning on that, as well as leaving her everything that I have. House, car, some funds to take care of the children.”

Mathewson said Summers snuck into her home and ambushed her in her sleep on the early morning of March 11, 2017. The former couple, who shared five children together, were married but estranged and divorcing, and they lived in different homes. Two of her younger children were in bed with her while their 14-year-old daughter was on the couch.

Mathewson testified at trial that her estranged then-husband attempted to kill by smothering her with a pillow until she fell unconscious and later strangled her with a rope. She also testified that the defendant kidnapped her and sexually assaulted her.

“Prior to having sex, you did push me, you did hold me down, you did tie me up, you did attack me, and you did break into my home when I was sleeping! You raped me!” Mathewson testified Wednesday, confronting her ex in court.

Although Summers insisted during closing arguments that little more than talking at length about complicated issues involving their divorce and “wrestling around” was what took place, the prosecution focused on the detail about the rope.

“Why would you go to your ex-wife’s house with rope if all you’re doing is intending to talk?” prosecutor Jessica O’Connor asked during closings.

She referred to Summers as a “scorned lover” who was “not willing to come to grips” with the divorce.

During her closing argument, prosecutor Jessica O’Connor called #TrevorSummers a “scorned lover.” “The defendant was not willing to come to grips with his divorce with his ex-wife,” O’Connor said. pic.twitter.com/tT88vlaTPb

In another place, O’Connor focused on a “confession letter” she said Summers wrote to former couple’s children.

“We wish you the best if everything you do and will be watching you from heaven,” the note said. 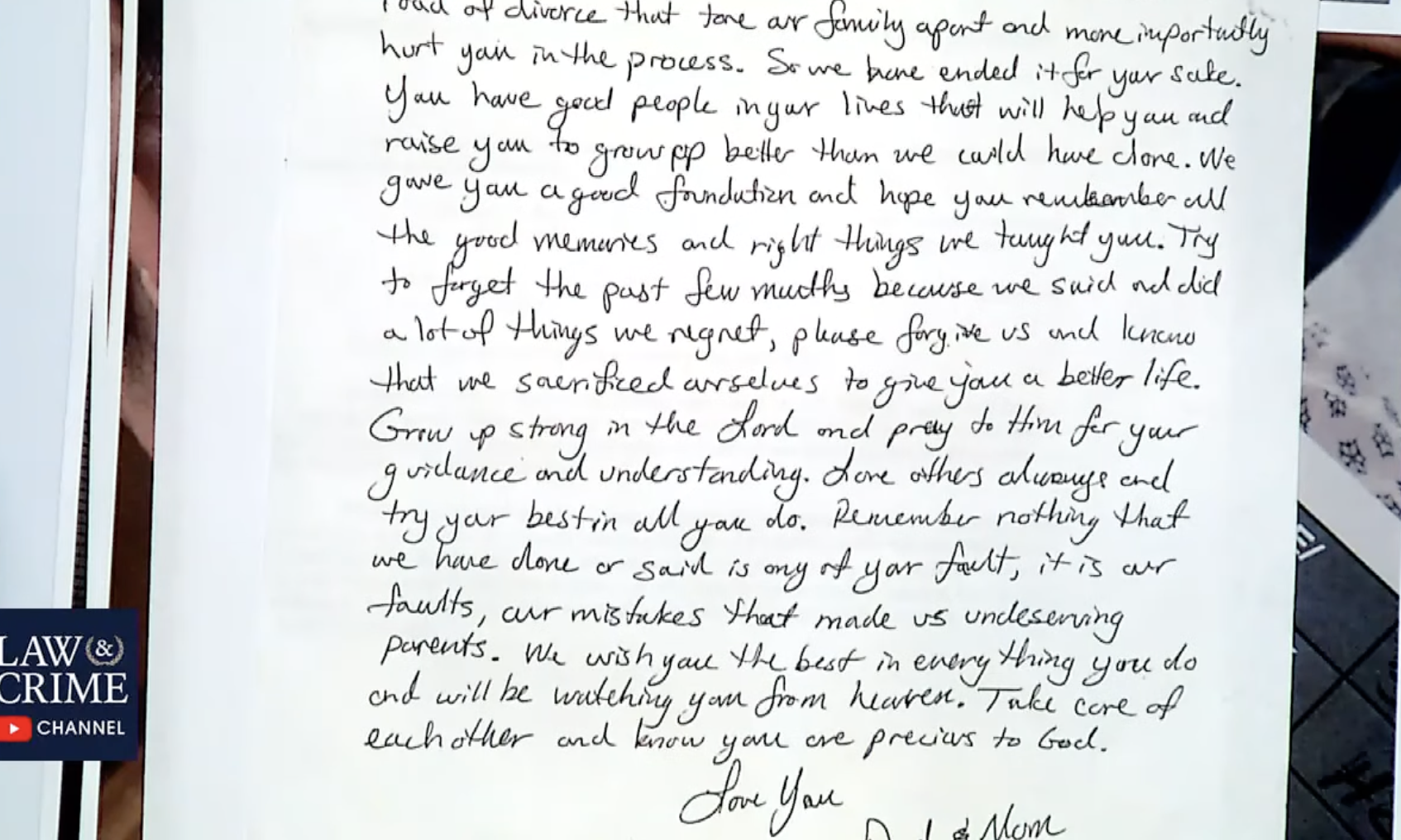 Responding during closing arguments, Summers insisted the prosecution failed to prove its case.

#TrevorSummers told the jury the photos presented in court did not show signs of a struggle, and the scene does not depict a crime. pic.twitter.com/tPuJAOZ0DB

Summers also suggested that the all-male jury focus on Mathewson’s “over the top” answers to “simple” questions.

During his closings, #TrevorSummers said that his ex-wife’s answers to “simple” questions were “over the top” and “abrupt.” pic.twitter.com/ruan8z0734

“She finally got the opportunity to stand up for herself,” Johnson said of Mathewson.

The prosecutor also responded to Summers’ recommendation during his closings that the jury rewatch a video of the Walgreens incident at the center of the case.

Prosecutors said Summers hogtied Mathewson and drove her through several counties in Florida. Despite being tied up, Mathewson briefly managed to escape when Summers parked at a Walgreens and went inside the store, according to the woman’s testimony. She said Summers forced her back into the vehicle and fled.

Johnson said she agreed with Summers that jurors should watch the Walgreens video — but because it was incriminating.

“He wants you to go back and watch that video. I’d recommend that you go back and watch it,” she said.  “He comes back in the angle of the camera looking out into the parking lot and soon thereafter he realizes that Ms. Mathewson managed to escape the car while tied up.”

“If you keep watching the video, he proceeds to run after her,” Johnson said.

Citing the testimony of Randall Crobsy, a Walgreens employee, Johnson said Summers grabbed Mathewson after she was yelling “Please help, call the police.”

“If that’s not kidnapping, what is?” Johnson asked.

“If that’s not kidnapping, what is”: Prosecutor Jennifer Johnson recommended the jury to rewatch the Walgreens video where #TrevorSummers allegedly grabbed his ex-wife and put her back in the car after she managed to escape while tied up. pic.twitter.com/7q2VUqQDb8

Earlier on Friday, Summers declined to take the witness stand.

“I will not testify in this case,” he said simply.