‘I Snapped’: Videos Played in Court Show Accused Kidnapper Confessing to Tying Up Then-Wife, Being ‘Good at Manipulation’

Jurors on Thursday saw apparently self-recorded videos of a kidnapping defendant confessing to tying up his wife and also admitting to being “good at manipulation.”

“Today is Saturday, March 11,” said Trevor Steven Summers, 45, in a first video before saying he was at Alisa Mathewson’s home.

“I’m doing this video because of, just a confession for her,” he said, addressing the camera. Summers later said his daughter Arden Summers, then 14, let him into the house at around 2:30 a.m.

“And I woke Alisa up, and I have been holding her against her will since —” he said, before checking a camera apparently off-camera and determining it was 11:20. “And I did tie her up to keep her from contacting the authorities and give me enough time to get out of town. She’s agreed to give me some time to say goodbye to the kids and leave, so I am planning on that, as well as leaving her everything that I have. House, car, some funds to take care of the children.”

Mathewson, who survived the incident, has testified her estranged then-husband Summers ambushed her at 3 a.m. on March 11, 2017, when she was asleep in bed. They were separated, lived apart, and were going through a divorce at the time.

From there, the defendant allegedly had their five children drive alone to his home, though the eldest was only 14. Holding her captive for two days, Summers raped Mathewson, tied her up multiple times, drove her through several Florida counties, and cut her wrist as retaliation for briefly escaping at a Walgreens parking lot, according to testimony. Assistant State Attorney Jennifer Johnson said Summers tried to kill Mathewson twice during the ordeal, first smothering her with a pillow until she fell unconscious and later trying to strangle her with a rope.

Mathewson said law enforcement saved her after Summers sliced his own throat.

“This is what love is,” Summers allegedly said when cutting himself. “I’m laying my life down for you. You don’t deserve this.” 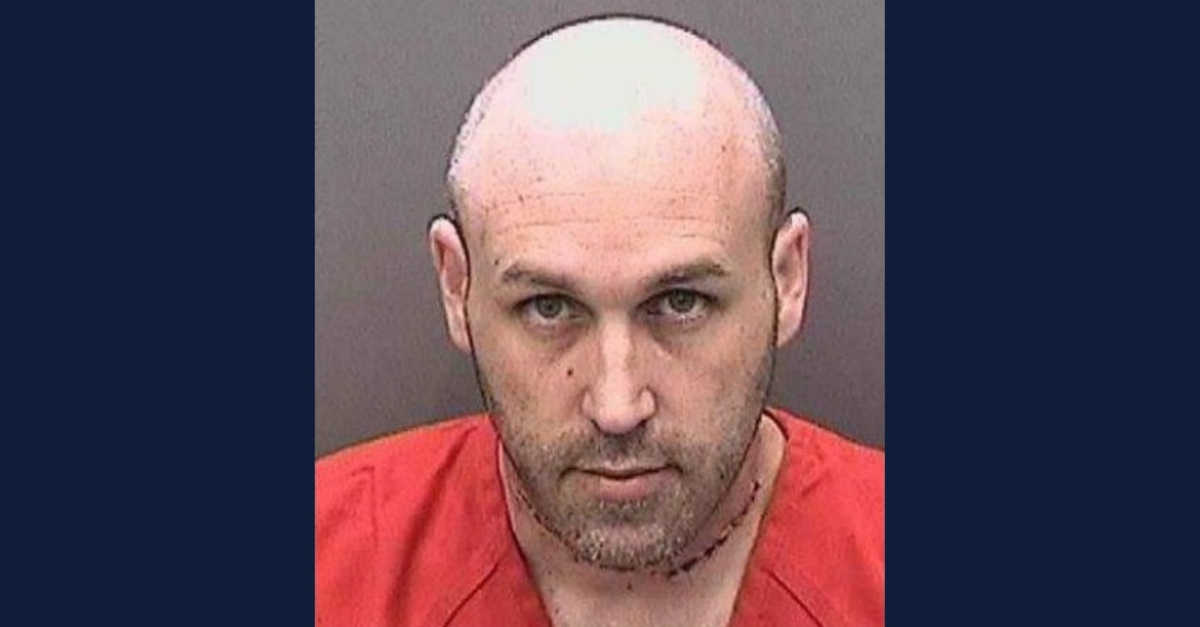 As seen in one of the March 11 videos from Mathewson’s home, defendant Summers appeared to suggest that the motive was romantic jealousy.

He said he found out about all “the dating stuff,” asked about it and he kept “getting different stories.”

“And I snapped,” he said. “It’s just something I can’t deal with. I am sorry for being aggressive with her. She’s virtually unharmed.” He said she had a “couple of bruises.”

Mathewson had been dating her current husband Jeff Mathewson, according to testimony.

In a police video played for the court on Thursday, Summers told cops he previously pulled a machete out on Mathewson in February 2017 after he learned she was on dating sites.

Police interview: #TrevorSummers talks about the day in Feb. He said he was pretty upset with Alisa when he found out she was on dating sites and talking with men. “I had a machete…when she didn’t want to keep talking I got it out….. I threatened her with it.” pic.twitter.com/EL7OYnZ0DL

He admitted to police that he put a pillow over her face during the March 2017 incident.

Summers recalled Mathewson to the stand for his defense case on Thursday. He asked her if she had attempted to get an injunction against him before Feb. 22, 2017. She said yes, towards the end of October 2016. He asked her what the judge’s ruling was. Johnson successfully objected to this question on relevance. The prosecutor during cross-examination asked her the reason behind the injunction. Mathewson said that domestic violence had started in the relationship.

Summers had a bumpy history with counsel leading up to the trial, going through a number of attorneys. In the lead-up to court, he planned on going pro se because he disagreed with counsel over legal strategy. He then canged his mind before jury selection on Monday, only to change his mind back to going pro se on Wednesday. Attorney Anthony Marchese, however, had already given an opening statement.

“The story that Ms. Johnson gave you is a story,” Marchese said on Tuesday. “It is the state’s theory of what happened. A lot of it is true. A lot of it is also verified by Mr. Summers when he makes a statement. But we also have to follow the law. Look at the charges against him and see if the facts that you hear from that witness stand match up with the law, as you’re going to get instructed from the court.”

That means Summers has not gotten the opportunity to clearly lay out his case for jurors. So far, he has only been able to cross-examine witnesses, including his former wife as well as two of their daughters. The eldest child Arden Summers, who was 14 during the incident, testified her father convinced her to leave open a window at her mother’s home so he could sneak in.

Defendant Summers allegedly said he wanted to talk to Mathewson about legal matters. But in texts shown to the court, he texted Arden about her making sure that everyone else at her mother’s home was asleep on the night of the plan. (Son Landen, then 12, was also part of the group chat, but had been at his father’s house.) Defendant Summers allegedly asked Arden to snoop through her mother’s purse for birth control pills. Arden acknowledged during testimony to being upset at her mother at the time for the end of the marriage. That’s changed.

“This was a man I trusted,” she previously said of her father, according to Fox 13 News. “This is a man who I thought could do no wrong and just to know that he used me to do what he wanted to do hurts more than anything.” 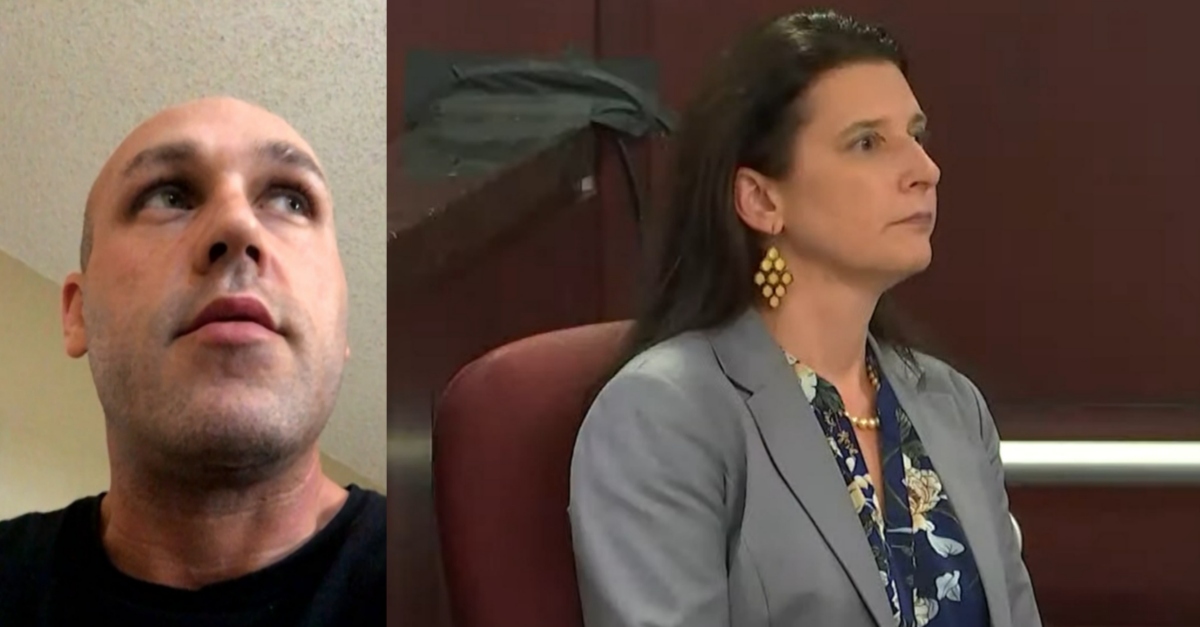 Arden on Wednesday also testified to her father telling her to name him as “Taylor” on her phone in case her mother looked through the device.

Jurors on Thursday saw self-recorded video that Summers addressed to Arden and Landen.

“I spent a lot of time with mom the last few hours, and the things that she’s told you about me being good at manipulation, control, and lying is true,” he said. “And tying her up today and all that is true. I don’t know what’s really broken in my head with all this stuff, but I need to go away and sort it out.”

Johnson told jurors in opening statements that Summers wrote several letters before the second murder attempt. That included a letter to his children as well as a confession letter, she said.

Jurors saw those letters on Thursday. In the one titled “Confession,” the author (allegedly Summers) said he convinced his daughter Arden to let him into Mathewson’s home so he could talk to Mathewson one more time to try to convince her “to come home.”

“Using force, I fought with Alisa and tied her up in her bed until she agreed to leave with me,” he said, never addressing the alleged sexual assault.

He acknowledged cutting one of her wrists after she tried to escape “from her ties.”

“Confession” letter found in car after arrest of #TrevorSummers. No mention of sexual assault. He says he used “force” and fought with Alisa, “tied her up in her bed until she agreed to leave with me.” “She tried to escape once….and I cut her wrist..” pic.twitter.com/6KC2h3MTEY

The letter to the children is signed “Dad & Mom.”

“We wish you the best in everything you do and will be watching you from heaven,” wrote the author.

Letter found in car following the arrest of #TrevorSummers. It’s a goodbye letter to the 5 children. “We wish you the best in everything you do and will be watching you from heaven.” pic.twitter.com/d1YKM4HTcr