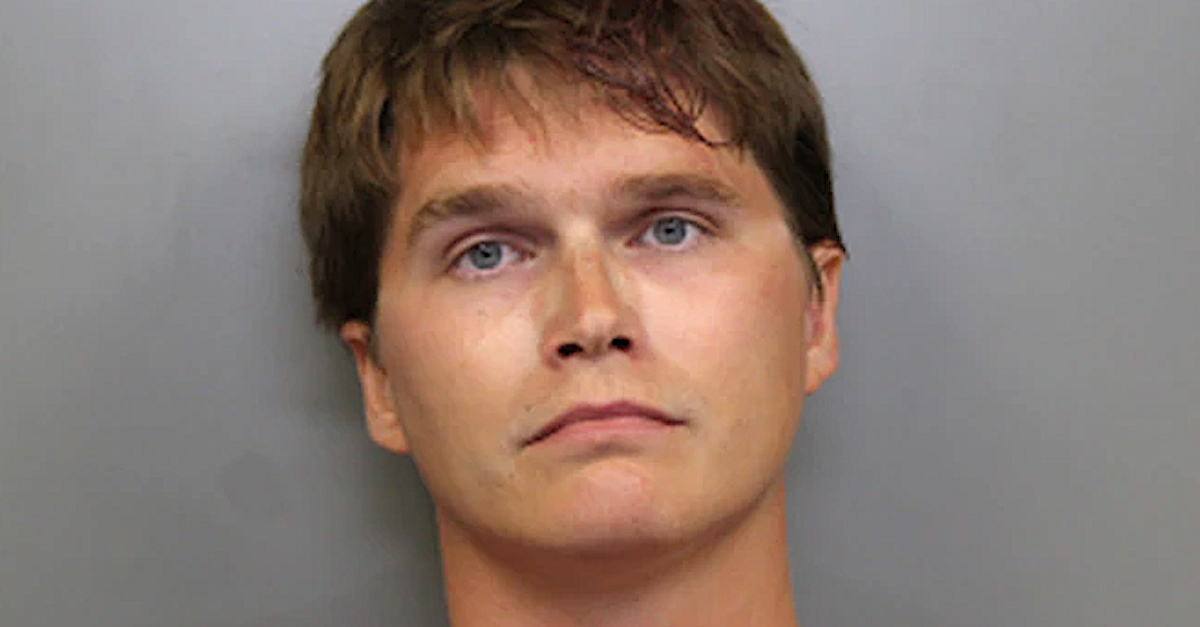 A onetime prosecutor charged with second-degree murder in connection with the fatal beating of his ex-wife reportedly told a northwestern Minnesota judge on Thursday that he “objected” to a move by prosecutors that could result in a tougher sentence if he’s convicted.

Anders Odegaard is charged with fatally attacking Carissa Odegaard with a knife or a spatula. The attack occurred Tuesday, according to a criminal complaint and an attached affidavit obtained by Law&Crime. Those court documents, and Carissa’s family (via an online post), together indicated that the victim had been declared braindead by doctors. Her body was reportedly being kept alive for some time after the attack until her organs could be prepped for donation.

The documents lay out a bloody and violent scene witnessed by several of the couple’s children. A fit of choking is alleged to have occurred. The narrative insinuates that a bloodied Anders tried to immediately wash his clothes after the alleged murder and then met a police officer at his door wearing only his boxers.  One of the couple’s children washed blood off of his little brother in the denouement of the melee, according to sheriff’s deputies.

“Defendant caused the death of the victim who was found to be not breathing and had severe head trauma with blood pooling on the floor by the victim’s head,” the complaint says in summary.

According to Fargo, North Dakota television station KVLY, Odegaard also told a judge this week that he was neither a risk to public safety nor a risk to his five children — at least some of whom allegedly witnessed the violent and deadly attack.

A court document signed Thursday indicates that a judge disagreed; a checked box on the form indicates that the defendant’s release would “endanger public safety” unless significant strings were attached to any pretrial departure from custody.

The defendant can post bail by offering a combined $250,000 cash and $2.5 million bond with most of the usual conditions attached. Among them were the surrender of a passport, an agreement to remain in the state of Minnesota, and that the defendant would have “no contact with his minor children until further order of the court.”

A judge ordered a $5 million cash or surety bail with fewer conditions attached — a whopping and nearly insurmountable figure.

Regardless of bail, the judge ordered the defendant to have “no contact, direct or indirect,” with the family of the crime victim.

The court docket indicates that the defendant was a first declared ineligible to be represented by a public defender, but that decision was quickly changed. 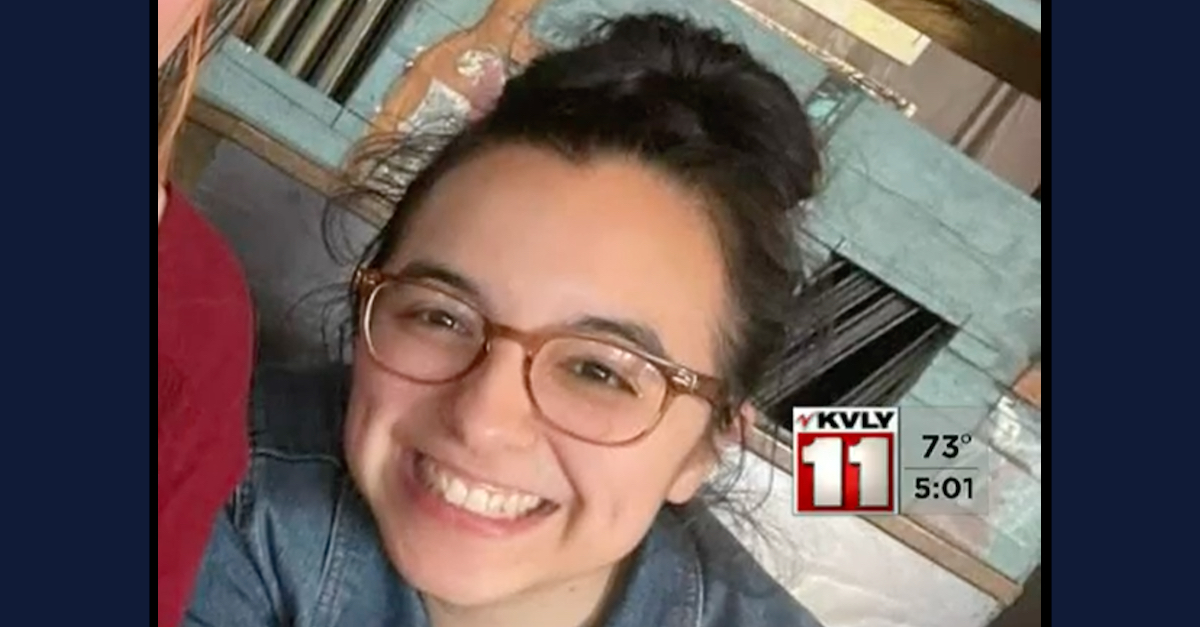 An amended criminal complaint and affidavit obtained Friday by Law&Crime spells out the allegations against the defendant.

It indicates that a responding police officer met two of the five Odegaard children a passerby near the residence where the fatal beating occurred.

The passerby “said the two boys told him to call 911 because their mom was bleeding really bad and needed help,” the document reads.

The deputy told the children to remain with the passerby while he attempted to contact the defendant.

“Deputy McMahon asked the Defendant to come out to speak to him,” the affidavit indicates.  “The Defendant came out from the kitchen area and was standing in just his gray boxer style briefs.”

Again, from the affidavit:

By then, other officers began to arrive on the scene, the document continues.

“I don’t feel right,” the defendant again allegedly repeated. He was then arrested for domestic assault as a preliminary charge.

The constabulary then returned their attention to the couple’s five children. Three of the children were “waiting in the victim’s running vehicle” while the other two remained with the passerby. The children were told they would be taken to the police station.

The scene was then described this way:

The affidavit then shifts to record the perspective of another responding officer, Deputy Mark Ellerbusch.

The Defendant and Carissa were married but had been divorced for about 2 years. They have 5 kids together. All the kids were at the house at the time of the domestic assault. The Marshall County Sheriff’s Office took the children to the Sheriff’s Office to get them into a safe place. Carissa was badly beaten up by the Defendant so the Sheriff’s Department wanted to forensically interview the children to help determine what occurred at the residence on August 23, 2022.

One of the children, identified as a 2-year-old boy, refused to speak with both Ellerbusch and with Sheriff Jason Boman. Law enforcement learned eventually that the victim was holding this child when she was attacked, the affidavit explains.

The second police interview with the couple’s 9-year-old son revealed more information, the affidavit indicates. That child was referred to only by his initials.

A third child, an 8-year-old, also spoke with the police. Again, from the affidavit:

LO stated the day started out good and was playing outside with his siblings. He stated that his dad was working on the computer in the house most of the morning. They had spaghetti for lunch and they read a book in the afternoon. He said that his mother came to pick them up for church and his father didn’t want her to take the kids and that is when the fighting started. He said mom and dad were fighting over the little brother. Mom and dad were tackling each other, and his mother had a cut on her arm. LO got his little brother away from his parents and had to wash him up because there was blood on him. LO stated that the fight/argument started outside in the back yard and moved into the house. He said that his dad was holding a spatula outside and maybe cut his mother with that. LO went into the house and saw his father tackling his mother and started choking her. That is when his mother said call 911. His mother was on her stomach and his father was on top of her choking her. There was a lot of blood all over and he stepped over his mom at that time. He said that he did tap on his mother’s foot, but she didn’t respond to the touch.

Two other children were described in the affidavit as having been in the aforementioned vehicle and therefore did not see the attack occur.

The final lines of the law enforcement synopsis divulged the following:

Both the kids that saw the assault take place said they saw their father on top of their mother hitting her or choking her.

Second-degree murder in Minnesota is an “intent to effect the death of that person or another, but without premeditation.”  It is punishable by up to 40 years in prison.

As Law&Crime previously noted, the defendant was a onetime prosecutor who reportedly lost his job; he also worked for a brief time as a public defender.  He is a licensed attorney in both North Dakota and Minnesota.

The charging documents are embedded below for reference.  The case is number 45-CR-22-202 in Marshall County, Minnesota.