Iowa man Todd Mullis is scheduled to be sentenced Friday in the first-degree murder of his wife Amy Mullis. Court is set to start at 2 p.m. ET / 1 p.m. CT. Join the Law&Crime Network for live coverage.

The defendant was convicted Sept. 23, 2019 of killing his spouse. He ambushed Amy Mulllis at their farm on November 10, 2018, while she was recovering from a recent surgery, and he fatally stabbed her with a corn rake, prosecutors said. Todd Mullis attempted passing this off as a farm accident, and made it so that their son found the body, authorities said.

Both sides agreed at trial that someone murdered Amy Mullis, but the defense asserted that someone else did it.

#ToddMullis – This is the corn rake Amy Mullis was impaled on. Todd says he found her in the shed with this sticking in her back and he pulled it out. https://t.co/oms2BCcwZf pic.twitter.com/vo5vfYl9Lu

The couple had a fraught history. Amy Mullis allegedly had an affair in 2013, and this hurt their relationship.

#ToddMullis – Mullis testifies Amy had first affair 4-5 years ago. When it was discovered he said she wanted to break it off with the other man and go to counseling with Todd.

NEW TRIAL: Jury selection begins this morning in the IA v. #ToddMullis trial. Mullis is charged with murder of his wife Amy Mullis. Amy was found on the family farm impaled by a corn rake. pic.twitter.com/81iE1qkq44

Nonetheless, the union survived for a time. But investigators said they discovered evidence of another affair, and that Amy Mullis feared for her life, according to the Delaware County Sheriff’s Office affidavit obtained by Law&Crime. The other man told law enforcement they had been involved since May 2018, that Amy wanted to leave her husband, and that she said, “If he [Todd] catches me, he might make me disappear.”

Prosecutors also pointed out suspicious search items made on his iPad. This included “killing unfaithful women,” “crimes of passion,” and “what happens to cheaters in history.”

Mullis tried to explain this away, saying that others sometimes used the machine. For example, Amy had a password, and used it for bills and price quotes. He acknowledged that it was possible she might have used it for personal items. Todd Mullis denied doing searches such as the one regarding cheating spouses. He claimed not to know who did. Under direct examination, he said they might have discussed that topic if there was a movie. Mullis also said he and his wife often watched the History Channel, and this would often result in web searches. Subject matter included Native Americans.

Mullis also denied searching for wedding dresses on July 22, 2018. There was also a January 21, 2018 search for discreetly doing DNA testing without consent, and how to do a DNA test without the father knowing. The defendant denied making such searches, and he said he never discussed it with his wife.

#ToddMullis – Prosecutor is playing the 911 call and saying that Mullis whispers, “Go to hell you cheating whore”. Mullis denies that’s what he said. pic.twitter.com/1Xu9AmOrJ0

All told, however, jurors sided with the prosecution. Their determination: The defendant did it. Now he has to spend the rest of his days behind bars. The judge is expected to hand down an automatic life sentence without parole. 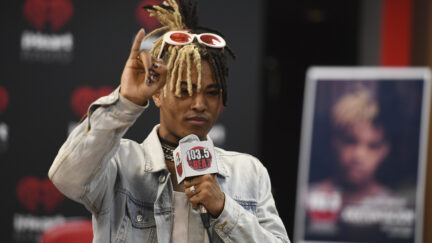 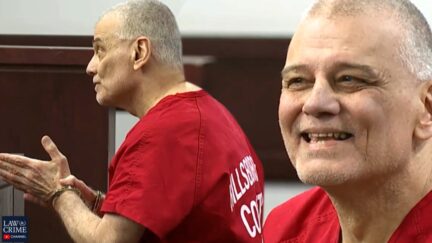