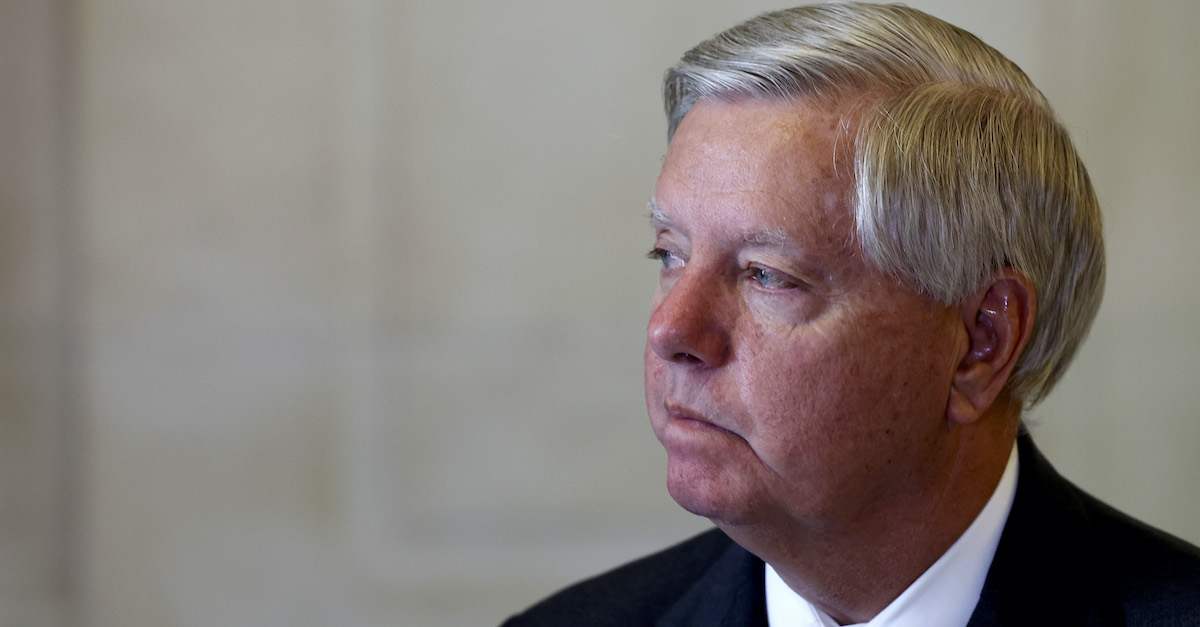 Fulton County District Attorney Fani Willis (D) says a key aspect of her long-running investigation into attempts to subvert the 2020 presidential election in Georgia hangs in the balance of a forthcoming decision by U.S. Supreme Court Justice Clarence Thomas.

On Monday, Senator Lindsey Graham (R-S.C.) was granted a temporary reprieve from testifying before a grand jury after being subpoenaed by the prosecutor’s office in July of this year.

The GOP senator previously struck out in his attempts to quash the subpoena with both the Northern District of Georgia and a three-judge panel from the 11th Circuit Court of Appeals.

Graham has argued that going under oath under the auspices of the Georgia investigation would violate his rights. Willis, oppositely, has urged the courts not to accede to the senator’s request, arguing that doing so would effectively turn him into a “super-citizen.”

Now, Willis says, time is simply running out because the grand jury only has a limited duration and its term expires in April 2023.

“Should Your Honor stay the application of the district court’s order until after all available appeals are exhausted, it is highly unlikely that the Grand Jury will be able to receive testimony in that timeframe, even if he is ultimately unsuccessful on appeal,” the DA’s response says. “And even if matters before the Eleventh Circuit were to move expeditiously, and then this Court were to deny certiorari with all due haste, there is essentially no possibility that the Grand Jury could receive Senator Graham’s testimony in time to pursue any investigative leads derived therefrom before the end of its term.”

Willis has been trying to obtain Graham’s testimony due to a series of phone calls he made to Georgia Secretary of State Brad Raffensperger (R) and members of his staff in the weeks after the 2020 presidential election. The nature of those calls is disputed. Graham claims they were in service of his duties as a member of the Senate Judiciary Committee. Willis claims Graham was trying to secure a “more favorable outcome” for then-president Donald Trump after he lost the Peach State to President Joe Biden by just shy of 12,000 votes.

“Almost immediately after the calls became public knowledge, there was considerable public dispute among the participants as to what precisely Senator Graham had said during the calls,” Willis says in the Thursday night filing. “Secretary Raffensperger said that Senator Graham suggested that Georgia could discard or invalidate large numbers of mail-in ballots from certain areas.”

Graham’s testimony, according to the DA’s office, is integral for determining the truth of those allegations – and for exploring other potential leads.

“If the Senator receives his stay, the Special Purpose Grand Jury will be foreclosed indefinitely from pursuing unique information, analyzing any resulting evidence, or using the Senator’s testimony to explore additional routes of valid inquiry,” the filing argues. “A stay would create the possibility, or perhaps the certainty, that the Grand Jury would either have to pursue an extension of its term indefinitely to await the testimony of a single witness or issue a report without receiving any testimony or information from the Senator at all.”

The South Carolina senator has repeatedly argued he is protected by the Constitution’s “speech or debate” clause.

Willis addressed that argument as well.

“The Grand Jury is aware that it cannot question ‘Senator Graham’ about his indisputably legislative actions, and a great deal of time and effort has been expended to determine precisely the safest way to question the Senator and avoid improper questioning,” her office writes. “Any questions will be addressed to topics outside legislative duties as defined by this Court.”