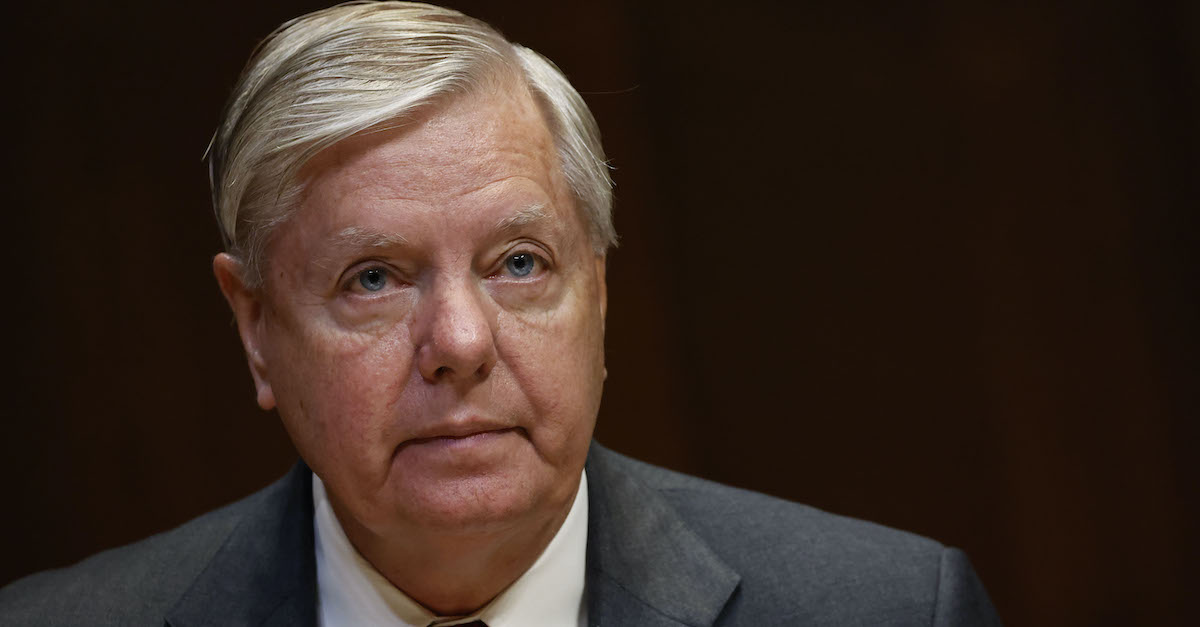 Two levels of federal courts — the Northern District of Georgia and a three-judge panel from the 11th Circuit Court of Appeals — rejected Graham’s objections to the subpoena under the Constitution’s speech or debate clause.

The 11th Circuit panel included two Donald Trump appointees, both of whom found that Graham “failed” to show that testifying for the Georgia investigation would “violate his rights.”

Thomas, who is the justice for the 11th Circuit, paused the order for Graham to testify in a brief Supreme Court docket entry.

“Upon consideration of the application of counsel for the applicant, it is ordered that the August 15, 2022 order of the United States District Court for the Northern District of Georgia, case No. 1:22-CV-03027, as modified by the district court’s September 1, 2022 order, is hereby stayed pending further order of Justice Thomas or of the Court,” that entry states.

Fulton County District Attorney Fani Willis (D), who is leading the investigation, warned that quashing Graham’s subpoena would turn the senator into a “super-citizen.” The 11th Circuit lifted its stay on Thursday, removing the hurdle to Graham’s testimony in less than a month. Thomas’s order restores the senator’s protection until either he or the full Supreme Court review the appeal further.

Willis subpoenaed Graham because of two phone calls that he placed to Georgia Secretary of State Brad Raffensperger (R) and members of his staff in the weeks after the 2020 presidential election.

Raffensperger had resisted Trump’s efforts to pressure him to “find 11,780 votes,” the margin the former president needed to reverse Joe Biden’s victory in the Peach State. Graham claims that he made the calls to Raffensperger and his deputy Gabriel Sterling in connection with oversight duties on the Senate Judiciary Committee. Willis claims that Graham was simply seeking a “more favorable outcome” for Trump.

“As the Court has previously indicated, the calls themselves — again, calls between a U.S. Senator from South Carolina and Georgia’s state election officials — are not manifestly legislative on their face,” May’s ruling from September states.

Despite limiting the scope of questioning, the lower court judge gave Georgia prosecutors wide latitude to question whether Graham was trying to reverse Trump’s defeat.

“Senator Graham may be questioned about any alleged efforts to ‘cajole’ or encourage Secretary Raffensperger or other Georgia election officials to throw out ballots or otherwise alter Georgia’s election practices and procedures,” the lower court’s ruling said. “Likewise, the grand jury may inquire into Senator Graham’s alleged communications and coordination with the Trump campaign and its post-election efforts in Georgia, as well as into Senator Graham’s public statements related to Georgia’s 2020 elections.”

Justice Thomas has been sharply criticized for rulings in cases related to the 2020 election. His wife Ginni Thomas was involved in efforts to reverse Trump’s defeat, leading to accusations of a conflict of interest.