‘I Did It’ & ‘Amazing Grace’: Jurors in Shayna Hubers Re-Trial Hear Defendant in Her Own Words 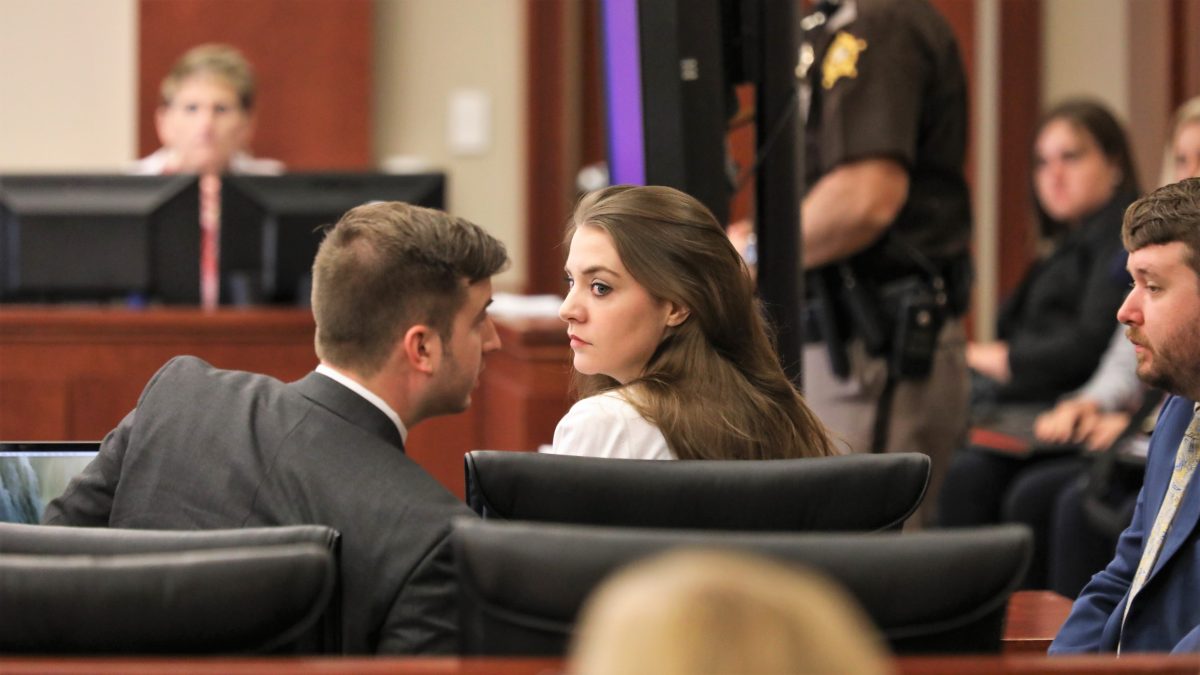 The first — and so far only — witness to testify in the Shayna Hubers re-trial played a recording of a 911 call Hubers made after shooting and killing her boyfriend, attorney Ryan Poston, in October 2012. That witness, Lt. David Fornash, also played a jailhouse interrogation recording of Hubers.

In the 911 call, a frantic Hubers said she shot Ryan Poston in self-defense. “He threw me across the room,” Hubers told the dispatcher. After firing the initial shots, Hubers waited, then fired additional bullets to administer a coup de grâce.

The interrogation recording, played later, is best described as a soliloquy of Hubers’ thoughts in the hours after the shooting. At one point, she discussed why she killed Poston. “I was watching him die. It was so painful,” Hubers said in the police interrogation room. “I walked around and shot him where I knew he would die fast.”

At other times, Hubers cried, sang ‘Amazing Grace,’ contemplated who could testify at her trial, and said, “I did it; yes, I did it.” At another point, she told a female officer, “I’m not a murderer, ma’am.”

Yet Hubers also said this in the interrogation room:  “I shot him in the face. I gave him the nose job he wanted.”

Fornash testified that Poston’s condominum, where the shooting occurred was dusty, unkempt, and “a mess.” He chalked that up to the tidiness habits — or lack thereof — of a young man Poston’s age. He examined and showed photos to jurors of a bookcase in the condo. Hubers apparently said she had been knocked or thrown against it. Fornash said he considered it suspicious that nothing was knocked off the shelf in the alleged fight between Poston and Hubers. Some books on the shelf were knocked around however.

Fornash also oversaw the collection of photos of Hubers’ body immediately after the shooting and several days later. A slight discoloration on Hubers’ inner thigh was insignificant, he believed, and another set of marks near the base of Hubers’ thumb were birthmarks, he said, citing a statement from Hubers herself.

Hubers is being tried for a second time on charges she murdered Poston. Her defense team discovered that a juror failed to mention a felony record. Since felons are not eligible to serve on Kentucky juries, her original conviction was thrown out and her case is being re-tried.