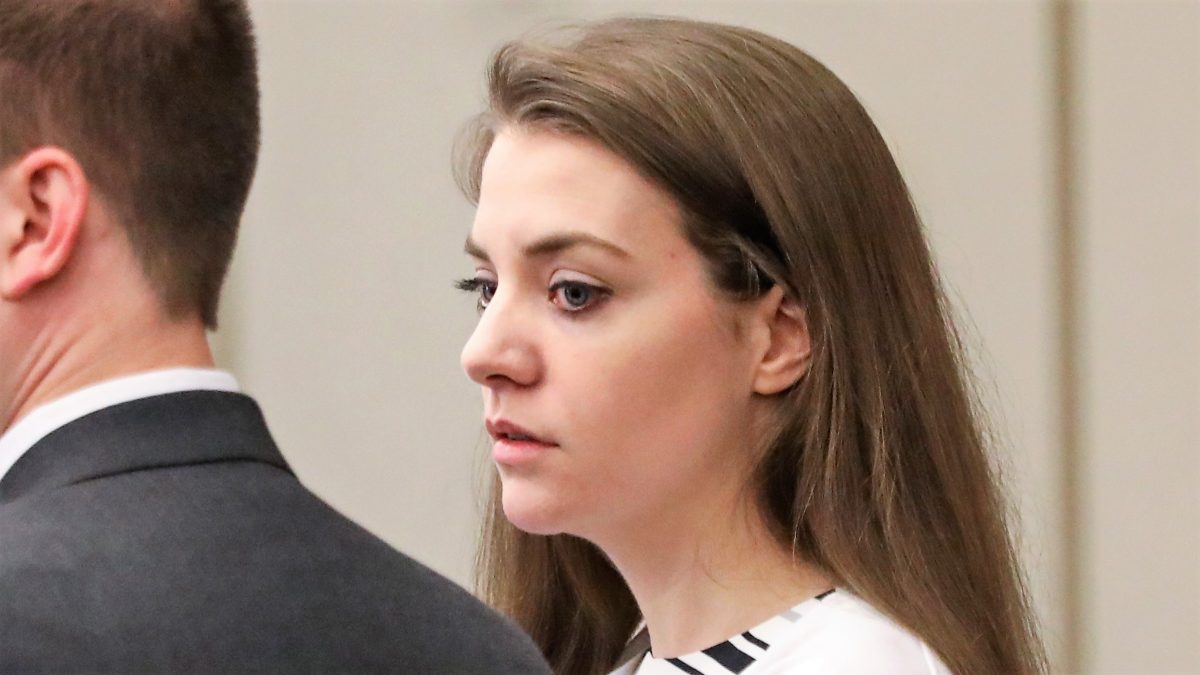 Accused murderer Shayna Hubers appears to be shifting defense tactics — at least in part. In doing so, her defense team revealed bizarre new details about another source of tension in her relationship with the man she’s accused of killing:  sex.

Hubers is accused of shooting and killing attorney Ryan Poston, whom she was dating, in October 2012. Hubers was originally tried and convicted in Campbell County, Kentucky, in 2015. A juror during the original trial failed to report a felony conviction. Since felons cannot by law serve on juries in Kentucky, a new trial was ordered. Opening statements in Hubers’ second trial began Tuesday, August 13, 2018.

Hubers has long argued that she fired at Poston in self defense after Poston subjected her to domestic abuse. During opening statements during Hubers’ second trial Tuesday, that theme continued. Defense attorney David Eldridge said Poston was throwing Hubers around in his condominium just before the shooting occurred. When Hubers saw Poston moving his arm toward a gun on a table, Hubers picked it up first and started shooting. She finished the job when she saw him dying and didn’t want him to further suffer.

That tactic seems very similar to what Hubers’ attorney argued during her original trial, which predated the 2016 launch of Law&Crime. However, veteran observers of the current case say there’s something different this time around. The defense spent considerable time Tuesday telling jurors about Hubers’ purported sexual problems with Poston.

Granted, the sexual issues were part of a number of problems the couple had, according to Eldridge. She was talkative and outgoing; Poston was more quiet and reserved. Poston was building a budding law practice while Hubers was an undergraduate. Hubers was from a more modest family and attended public schools; Poston was the son of a successful Fortune 500 advertising executive and attended overseas boarding schools. These issues caused tension, Eldridge said.

Yet Eldridge circled back time and time again to sexual issues he claimed the couple experienced. Hubers, he said, wanted a real relationship; Poston was not loyal. Yet the details didn’t stop there.

Eldridge said Hubers couldn’t orgasm. She even had a so-called “G-shot” injection to try to increase her sexual pleasure. Hubers’ inability to orgasm during sex was a source of frustration and tension, Eldridge told jurors, and Poston was increasingly disturbed at Hubers’ lack of pleasure.

Eldridge went further, too:  Poston wanted Hubers to be thinner. He wanted also wanted her to get breast implants.

Many of the issues with Hubers’ lack of sexual pleasure, Eldridge said, were rooted in something else veteran observers said wasn’t present during Hubers’ first trial:  a history of sexual abuse. Eldridge called it “childhood sexual abuse” at one point. At another, he said Hubers was sexually assaulted in high school.

Eldridge, the defense attorney, told jurors that these earlier abuse incidents with other purported suspects left Hubers damaged. She had trouble enjoying sex because of the emotional scars left over from the alleged abuse. She didn’t understand how a real relationship should work because she had no foundation for understanding true love. She stayed with Poston despite his alleged abuse toward her because she was young, damaged, and didn’t know any better. The defense said Hubers also suffered from borderline personality disorder, which caused her to react to some situations very intensely. Add it all up and it’s a recipe for self-defense:  she stayed with Poston too long and didn’t pull the trigger until she feared he would get the gun on the table before she did.

Sex, self-defense, and mental health diagnoses are the crux of the defense argument in the second Hubers trial.

Prosecutors say it was very different. Attorney Kyle Burns said Poston was “not abusive.” According to the Commonwealth, Hubers “pumped” six shots into Poston because he was trying to leave her for another woman and she couldn’t take it. The other woman was “everything Shayna feared:  tall, beautiful, and blonde,” Burns said.

Meanwhile, Shayna was “jealous,” “calculated,” and “manipulative,” Burns said. He described Poston basically as a nice guy who could not bring himself to call things off with Hubers because he (Poston) feared hurting her feelings. Poston “placated” Hubers, Burns said, and would “cave to her persistence.”

Burns said Hubers was the one who “begged for sex.”

“She shot and killed Ryan Poston and played like it was self-defense,” Burns said.

A jury will decide whether the state can prove Hubers is a murderer beyond a reasonable doubt.