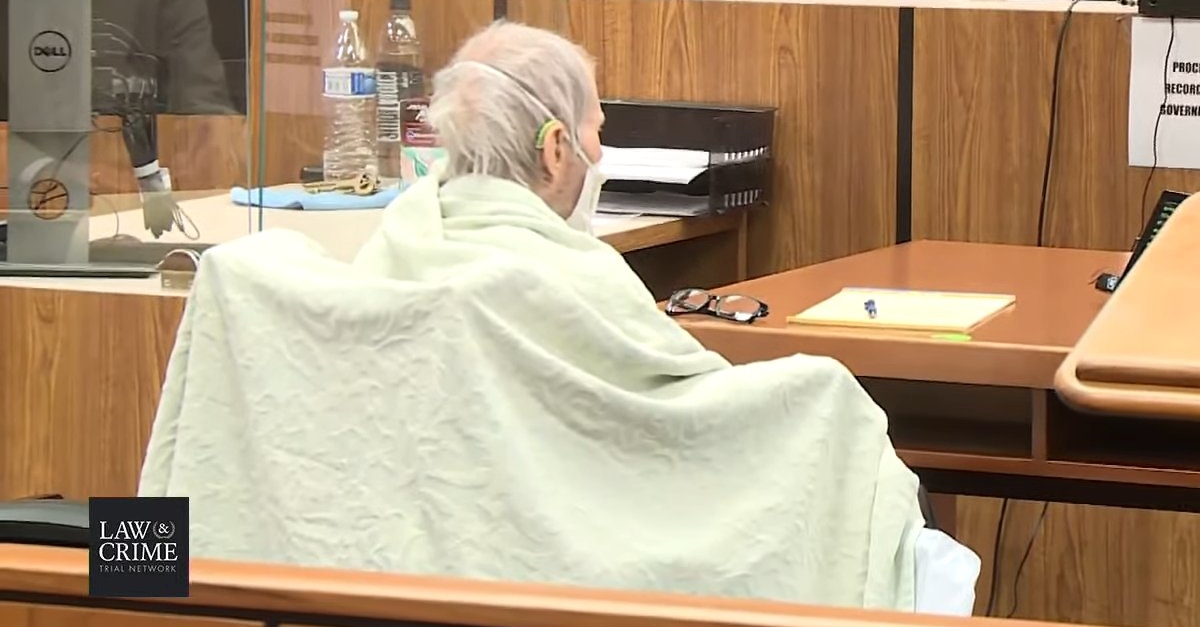 For the better part of a month, a California prosecutor has tried to do what no law enforcement officer has managed in four decades: convict New York real estate heir Robert Durst of murder. On Thursday, the same prosecutor made a point to tell a judge that he gave the sickly 78-year-old a friendly hand—with his urine bag.

“I noticed that Mr. Durst’s bag was somewhat full,” Los Angeles Deputy District Attorney John Lewin told the judge. “So, I spoke to defense counsel about it. I told them that it needed to be changed. I volunteered. I said, ‘I would do it.’ They told they didn’t want to do it. They said if I wanted to do it, they appreciated it. I went back with the bailiff, and I changed the bag for him.”

“Certainly it’s unorthodox, and it’s unusual,” Lewin acknowledged, adding that he wanted to get Durst’s agreement to his Good Samaritan act on the record in case “there is some allegation of whatever might come out.”

Judge Mark E. Windham noted that Lewin did mention on the record that he had experience with catheters.

#RobertDurst – Judge noted that Lewin did say on the record that he had experience with catheters and it’s fine. Lewin noticed it was full and no one could help Durst so he offered his help. He went in the back room with a bailiff and Durst and changed the bag. @LawCrimeNetwork https://t.co/OrNh3rDr5N

Commending the prosecutor, Windham said: “Thank you for lending a hand.”

Then, Durst’s defense attorney interjected with an impish line.

“I have a question,” Dick DeGuerin said.

“Did you wash your hands?” he asked, before cackles of laughter broke out in court.

A week ago today, proceedings prematurely adjourned for the week after Durst fell down from his chair in jail and had to be whisked to the hospital. Durst tried to indefinitely postpone his murder trial because of his bladder cancer diagnosis, but prosecutors feared that he would try to torpedo the case by inflating his health issues. Lewin said last week that Durst was heard saying that he would try to fake dementia and secure a mistrial because of the COVID-19 pandemic. Judge Windham previously refused to delay the trial, saying that the defense hoped to make it “go away.”

None of Durst’s maladies, to date, have slowed the prosecutorial juggernaut over a trial decades in the making.

In 1982, Durst’s wife Kathie Durst (née McCormack) disappeared and would later be presumed dead. Robert Durst’s murder trial is not about his wife’s death but the government’s claim that he killed his former friend Susan Berman some two decades later in 2000, to cover up what Berman knew. The defense said defendant Durst did discover Berman dead at her home. The defense claims Durst only fled in a panic, not because he was responsible for killing Berman. Durst would move to Texas, and kill and dismember his neighbor Morris Black. At a Texas trial in 2003, Durst’s defense maintained he was just protecting himself and got him acquitted on the murder charge. Black’s head was never found.

Though the ongoing California trial has recapped all three deaths in establishing motive, the jury only will be asked to determine whether Durst murdered Berman.

When Durst returned to court on Monday, he and his wheelchair were draped in a blanket.