Boyfriend Shot and Killed Girlfriend While Driving, Crashed into a Utility Pole, Then Took His Own Life: Police 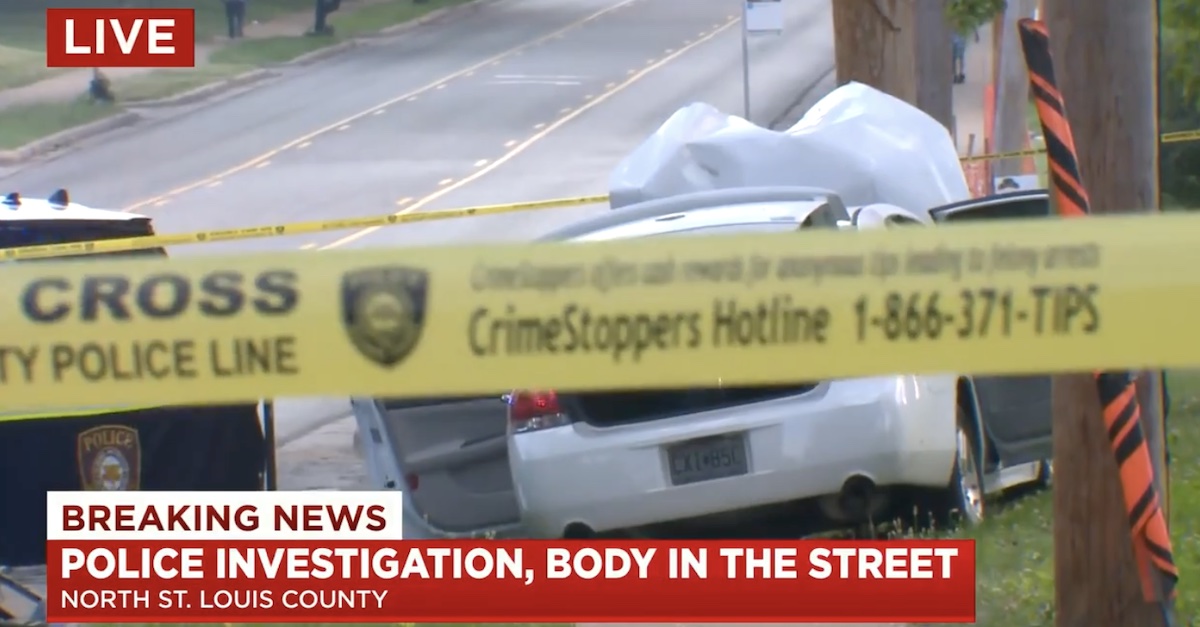 A man was reportedly taken into police custody but hospitalized after shooting and killing his girlfriend while driving early Friday. The shooter crashed into a utility pole in St. Louis County, Missouri, tried and failed to take his own life, KMOV reported, citing police at the scene of the criminal homicide investigation.

Local CBS affiliate KMOV said that it spoke to St. Louis County Police who were at the scene on Bellefontaine Road near I-270.

Authorities believe that two people, described in the report as boyfriend and girlfriend, were traveling in a white sedan in the early morning when the boyfriend opened fire, killing the woman. According to this story, the shooter then crashed his vehicle into a utility pole, fled the scene and shot himself in the head when confronted by police. Neither the suspect nor the victim have been identified as of Friday morning.

The victim’s body was covered by a sheet next to the vehicle.

At least one other local news report initially described this incident as a single-car crash, providing an aerial view of the scene. You can see police blocking the road pending further investigation.

St. Louis Today also reported that detectives were investigating a shooting incident. The report, citing a police sergeant, confirmed that police weren’t looking for a suspect or suspects.