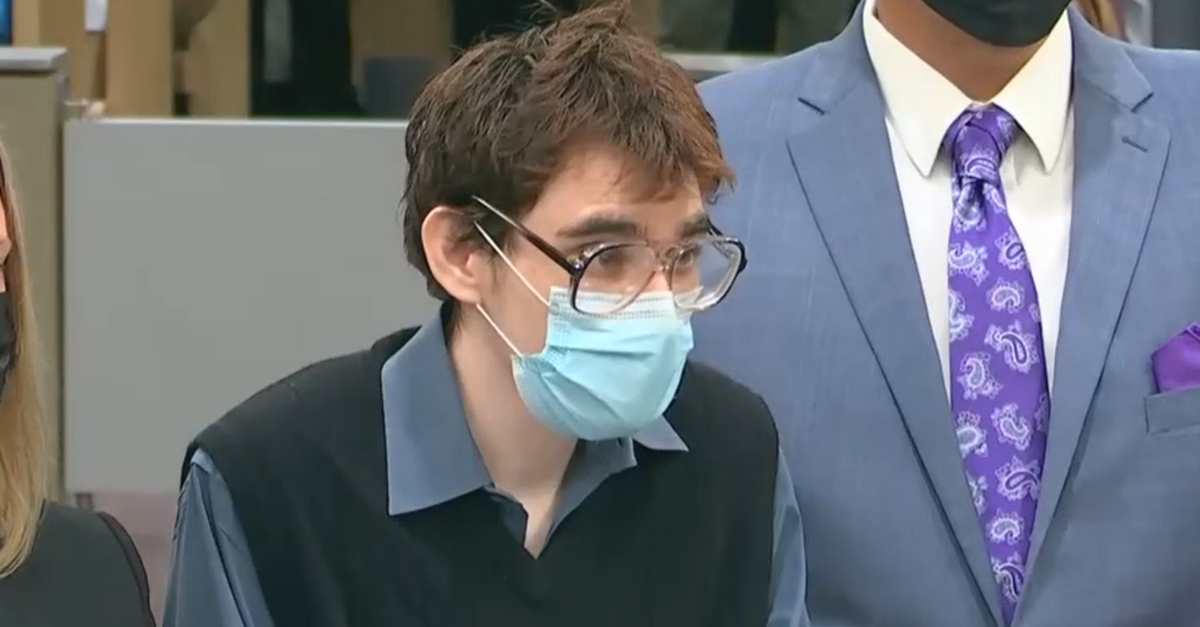 Nikolas Cruz appears in a 2021 file image from the Law&Crime Network.

A member of a jury venire told a Florida judge on Wednesday that her plans with her “sugar daddy” would complicate her ability to serve in an upcoming trial against Parkland school shooter Nikolas Cruz.

Cruz pleaded guilty in October 2021 to 17 counts of first-degree murder and the same number of counts of attempted murder. A trial is necessary because prosecutors refused to take the death penalty off the table in return for the defendant’s many guilty pleas. Jurors only have to decide, therefore, whether Cruz should be put to death or serve life in prison for the Feb. 14, 2018 mass shooting at Marjory Stoneman Douglas High School.

Similar to other cases, jurors were subjected to questionnaires and in-court questioning as part of the process. One person’s answers attracted attention, however.

In courtroom video, Bristol complained that the process would involve “a whole entire month.” She rattled off several dates of complete unavailability — among them July 7, her birthday; July 4, when courts were closed for the holiday, was her son’s birthday; and July 18 was the birthday of her other son.

“The other thing I realized . . . ” Bristol trailed off before the judge told the juror she could not “talk too fast” for the record.

“So, you said that . . . there’s dates in July that you’re not available?” Scherer asked. “What are those dates?”

“I need to figure out something,” the potential juror said. “I have my sugar daddy that I see every day.”

“Okay,” Scherer responded. “I’m not exactly sure what you’re talking about.”

“Well, I’m married, and I have my sugar daddy,” Bristol replied. “I see him every day.”

“Alright,” said the stunned judge. “Ma’am, we’ll come back to you, okay? Thank you.”

Bristol was one of the more than 120 of 160 total prospective jurors who were already kicked off the case, according to the New York Post.

According to a proposed jury questionnaire submitted by the defense, the entire “case may last as long as 4-6 months.”

“Jury service is one of the highest duties and privileges of a citizen of the United States,” the questionnaire continues. “Mere inconvenience or the usual financial hardships of jury service will be insufficient to excuse a prospective juror.”

Still, the document asks jurors to list whether or not they wish to apply to be excused for a “serious hardship.”

“Have you, a family member, or anyone close to you ever worked or volunteered with prisoners, inmates, or others under the supervision of a correctional institution, for example, as a teacher, counselor, advisor, or through prison ministry or other organization?” reads another query.

The full questionnaire is below.