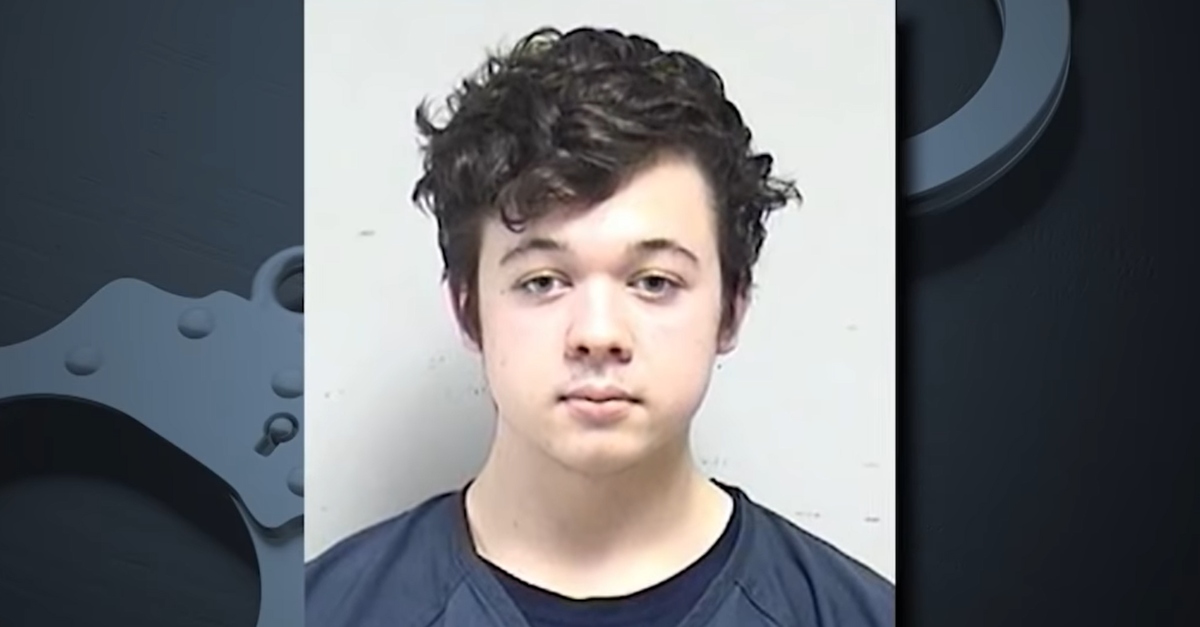 Criminal defendant and conservative cause célèbre Kyle Rittenhouse, 18, remains free pending trial, but prosecutors managed to add more conditions to his release. In a ruling on Friday, a Wisconsin judge ordered that Rittenhouse cannot possess or drink alcohol, and cannot hang out with bigots.

“The defendant shall not knowingly have contact with any person or group of persons known to harm, threaten, harass or menace others on the basis of their race, beliefs on the subject of religion, color, national origin, or gender,” stated online jail records viewed by Law&Crime.

Rittenhouse, charged with killing two men amid protests over the police shooting of Kenosha man Jacob Blake, was seen at a bar on the day he pleaded not guilty. He drank beers, flashed an “OK” symbol co-opted by white supremacy groups, and was “serenaded” with the official song of the far-right group Proud Boys, according to a filing by the prosecution obtained by WTMJ-TV.

None of this violated the terms of his release on $2 million bond. Even the alcohol drinking was fine under the because his mother was there, which made it legal for this 18-year-old to drink in Wisconsin. Nonetheless, this served as reason for prosecutors to attempt to limit the activities of a defendant who got effusive support and donations, usually, if not always from those on the right-side of the spectrum.

Rittenhouse, who was an Illinois resident, has said he was in the Kenosha area serving as a lifeguard after being on furlough from the YMCA. He was 17 at the time. Protests–and associated rioting–occurred in the wake of the Blake shooting. The defendant, like a number or conservatives and members of so-called militias, showed up in an ostensible effort to protect property. Critics tend to maintain that the “militia” and Rittenhouse were just “looking for trouble.” Trouble is what happened, but Rittenhouse’s defense is arguing that he was just protecting himself from people who were actually causing the trouble.

Rittenhouse got in separate confrontations with Joseph Rosenbaum, 36, and Anthony Huber, 26, on the night of August 25, 2020.

The Rosenbaum shooting, as told in the criminal complaint:

The Huber shooting occurred later, as Rittenhouse was running off: