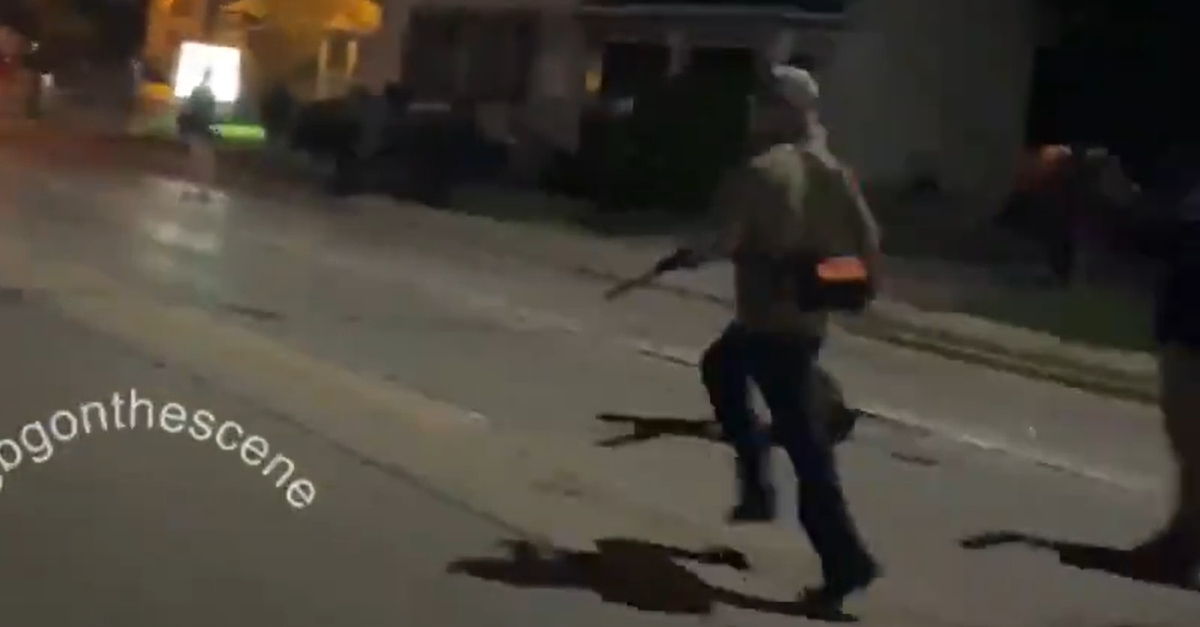 A group of college Republicans is raising money for the legal defense fund of alleged murderer Kyle Rittenhouse.

“Half of all funds collected this semester for Republicans United will be donated to 17 year old Kyle Rittenhouse legal defense fund,” a tweet announcing the fundraising campaign reads. “He does not deserve to have his entire life destroyed because of the actions of violent anarchists during a lawless riot.”

A resident of Illinois, authorities say Rittenhouse crossed state lines with a rifle that he is allegedly too young to legally possess. Then, he is said to have met a group of armed individuals who have variously been described as “vigilantes,” as members of a “militia,” and far-right provocateurs intent on goading racial justice demonstrators into violent confrontations.

Rittenhouse’s lawyers began asserting that the former police cadet was acting in self-defense when he killed Huber and Rosenbaum. That determination is, however, a legal conclusion that will be up to a trial judge and potentially a jury to determine.

Notably, the self-defense claim from Rittenhouse’s attorneys is a legal admission that the 17-year-old committed the crimes in question–or at least some of them. That is because self-defense is an “affirmative defense,” which legally means that a defendant was “privileged” to use otherwise unlawful force.

But the near instantaneous rehabilitation in some echelons of Rittenhouse from murder suspect to armed hero goes well beyond the violent moments in which he turned his rifle on protesters.

“Kenosha has devolved into anarchy because the authorities in charge of the city abandoned it,” the College Republicans said. “They stood back and watched Kenosha burn. Kyle Rittenhouse is not a vigilante but a citizen who attempted to help in a city in chaos.”

Protests erupted in Kenosha after police shot Jacob Blake in the back seven times last weekend. Video of that graphic incident went viral by Monday morning.

In that video, at least one member of the Kenosha Police Department can be seen shooting the Black 29-year-old father of six in the back over and over. The shooting occurred as Blake attempted to get into his vehicle after he had just finished “breaking up a fight between two women,” according to his attorney Benjamin Crump.