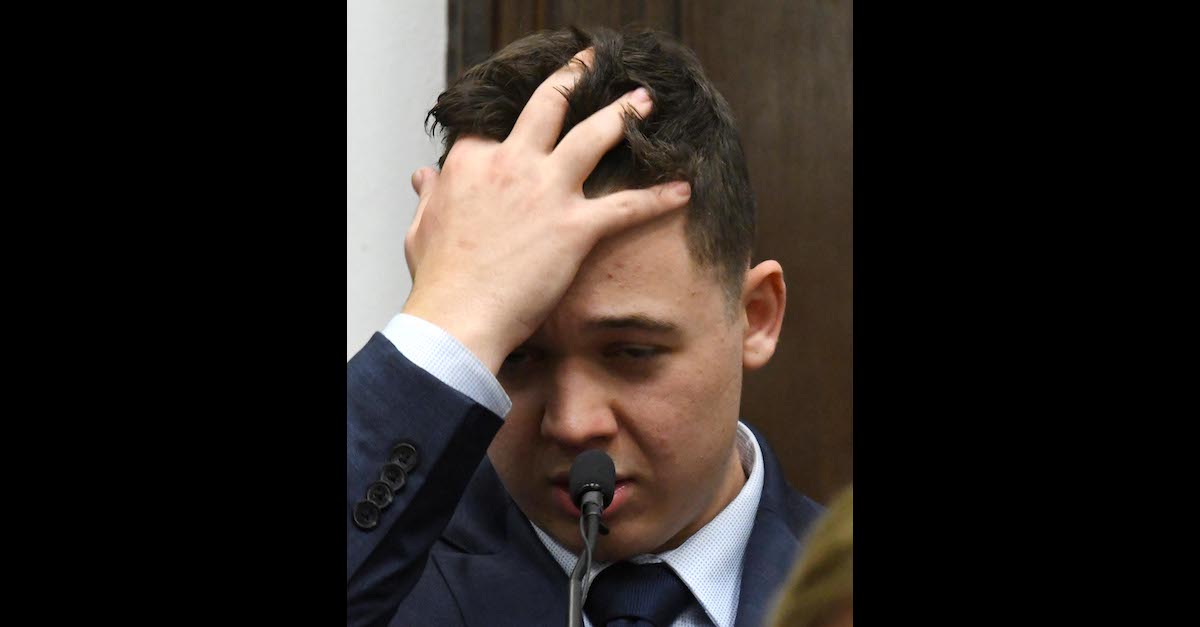 An attorney for Kyle Rittenhouse on Friday indicated outside the presence of the jury that his client has PTSD as a result of the deadly shootings in Kenosha, Wis., on Aug. 25, 2020.

Despite what the attorneys wrangled and despite what the judge said he would allow, Rittenhouse had the ultimate legal ability to ask that all of the lesser included offenses be tossed, Schroeder said. Rittenhouse declined to do so.

Schroeder explained that there were benefits and drawbacks to the decision. Because Rittenhouse allowed the jury to consider some of the lesser included offenses, he increased his risk of conviction but provided the jury with charges that would ultimately result in comparatively lenient punishments. By choosing to include the lesser included offenses that Schroeder approved, Rittenhouse also minimized the risk of a mistrial due to a hung jury and a hypothetical second prosecution.

Schroeder needed to confirm with Rittenhouse that he was making the decision to allow the lesser included offenses and that he was doing so intelligently and voluntarily.

“Have you ever been treated for a mental or emotional disorder?” Schroeder asked. 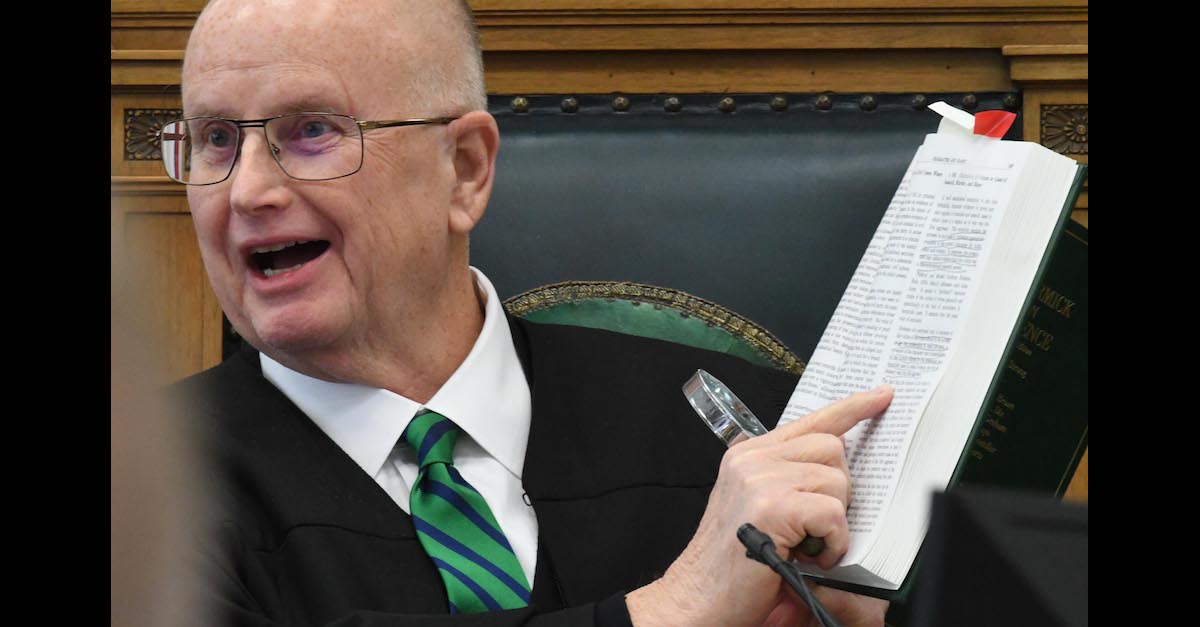 Judge Bruce Schroeder consults law books as an evidentiary question is considered outside of the presence of the jury on Nov. 5, 2021, in the Kyle Rittenhouse homicide trial. (Image © Mark Hertzberg/ZUMA Press Wire/Pool.)

Rather than immediately answer “yes,” as he had done to other questions, Rittenhouse turned to speak to his attorney.

Schroeder cut in before any explanation was forthcoming to say that the “more important question” was whether there was “any reason” to “be concerned” that the defendant had “some kind of disability, mental or emotional, that would prevent [him] from being fully aware of what your options are and making a rational decision.”

“No, your honor,” Rittenhouse responded.

“His pause,” Richards said, “was, I believe, because he’s in therapy. I don’t think he has a mental illness or anything. As a result of this incident, he has PTSD.”

“But that doesn’t affect his judgment or reasoning power at all?” Schroeder asked.

Richards and Rittenhouse both said it did not.

Rittenhouse broke down on the witness stand on Wednesday when his attorneys asked him about pulling the trigger and killing Joseph Rosenbaum and Anthony Huber and about shooting and injuring Gaige Grosskreutz. Prosecutors maintain that Rittenhouse pointed his gun at several people and provoked members of the crowd around him — including the three men he shot — into attacking him in an attempt to stop what they feared were hostile actions by Rittenhouse. Defense attorneys have argued that Rittenhouse fired in self defense when Rosenbaum, Huber, Grosskreutz, and other members of the crowd attacked him and tried to take his gun.

The top counts Rittenhouse faces are follows; the lesser included offenses the judge is considering are also noted.

Count 1:  First-degree reckless homicide through the use of a dangerous weapon (Joseph Rosenbaum) (up to 60 years in prison and an additional five years for the weapon enhancement).  (Judge is considering no lesser included offenses.)

Count 3:  First-degree recklessly endangering safety through the use of a dangerous weapon (unknown male known in court as “jump kick man”) (up to 12.5 years in prison and an additional five years for the weapon enhancement).  (Judge is considering no lesser included offenses.)

Count 5:  Attempted first-degree intentional homicide through the use of a dangerous weapon (Gaige Grosskreutz) (up to 60 years in prison and an additional five years for the weapon enhancement).  (Judge is considering the lesser included offenses of second-degree homicide and first-degree recklessly endangering safety.)

Count 6:  Possession of a dangerous weapon by a person under the age of 18 (a misdemeanor).

In a significant win for the state, Schroeder said he was strongly considering instructing the jury about considering whether Rittenhouse provoked Rosenbaum, the first person Rittenhouse shot.

The judge has not issued a final decision on the lesser included offenses but signaled he would send paperwork to the attorneys on Saturday — presumably to memorialize any decision.

Judge Schroeder tossed a seventh count which alleged that Rittenhouse broke a City of Kenosha curfew because defense attorneys successfully argued at the close of the state’s case that prosecutors failed to present enough evidence that a curfew existed. The seventh count was minor; a forfeiture would have been the only punishment.