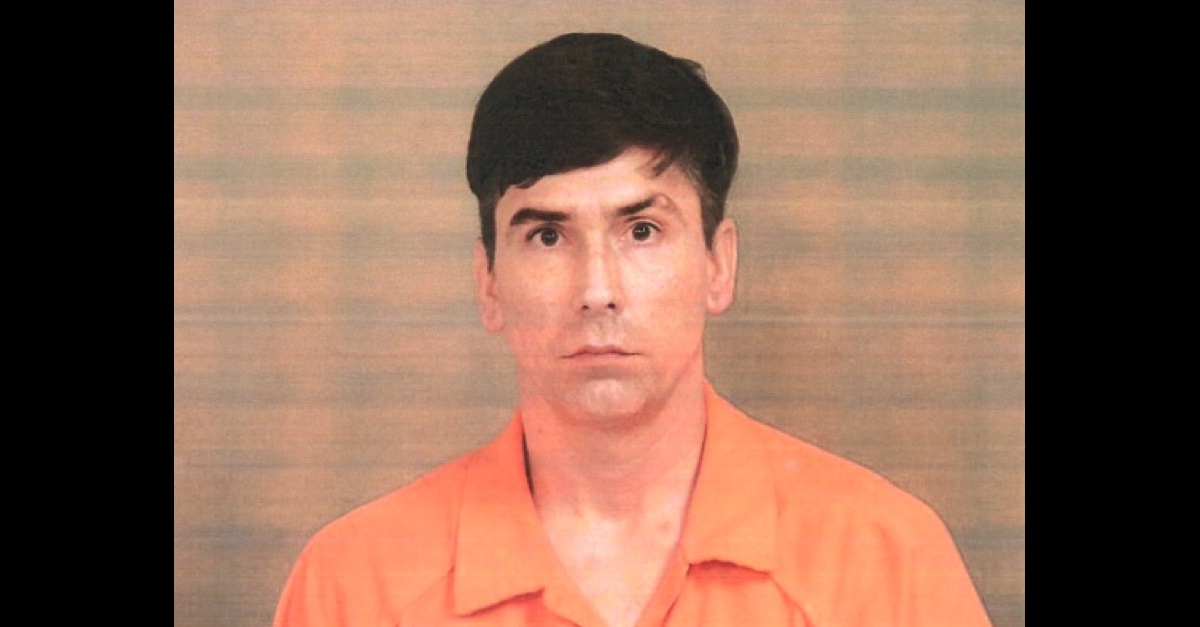 A Michigan man has been charged in the 1998 rape and murder of an 88-year-old woman who was known as a beloved fixture in her community.

Michael Bur, 41, is accused in the death of Mary Prieur, whose body was found wrapped in a blanket some 200 yards from her home in the village of Lennon, Michigan.

“On February 27, 1997, Mary Prieur, the widow of Leonard Prieur, was murdered,” Genesee County Sheriff Chris Swanson said at a press conference announcing the arrest Thursday. “She was taken from her home, she was dragged, she was sexually assaulted, and she was left for dead.”

“The people who are responsible had been free since that day,” Swanson added. “But that day is over which is why I’m here. To let you know that Mary Prieur’s murderer is in custody.” 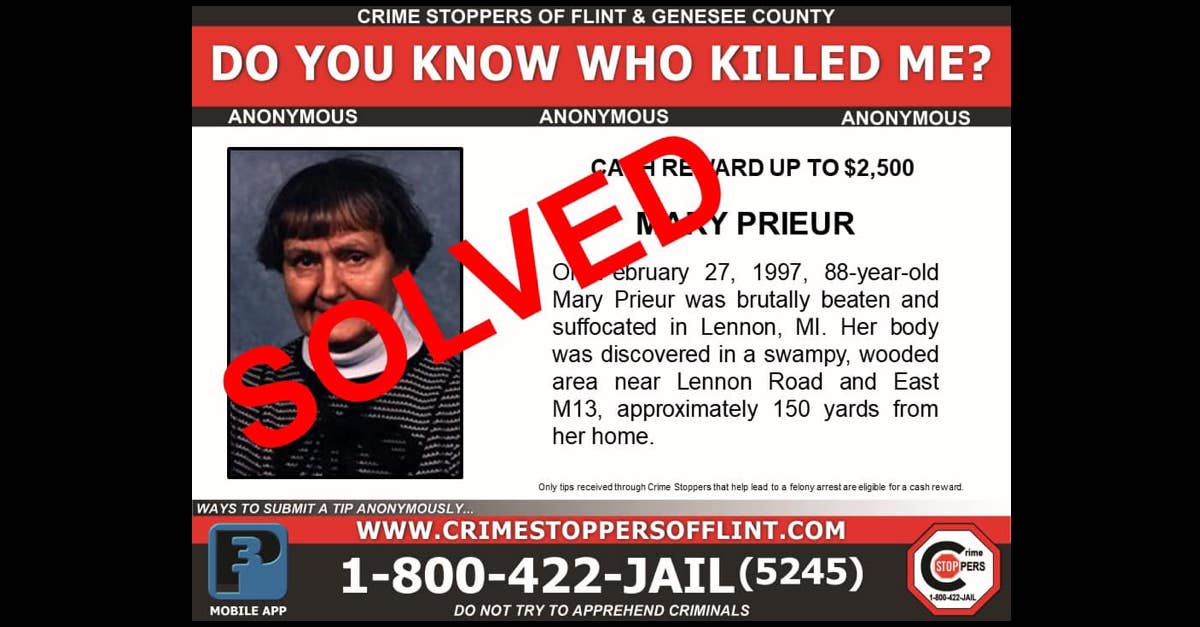 Prieur’s body was in a wooded area near her home. Autopsy results showed that she had been suffocated and beaten in the head, according to a report in MLive.

Her brother-in-law had called police around noon that day after finding the door to Prieur’s home open and her dog inside, the MLive report said. Her body was found around two hours later.

Swanson said that the information to arrest Bur developed over the past 24 hours.

“I wanted to get this out there because Mary Prieur deserves to let the people know that she is resting in peace,” he said.

Bur, who was in 11th grade and lived near Prieur at the time of the murder, had been on Swanson’s radar as a suspect for almost two decades.

“I interviewed him Oct. 15, 2004,” Swanson said. “He was one of our suspects. It was at his business in Flint township. I gave him an opportunity to come forward. It wasn’t a very good exchange and as he got up to leave, I said ‘Michael, your destiny is in your hands. Do the right thing.’ I could tell he wasn’t going to talk and I told him on that day in 2004: ‘The next time I see, you will be in shackles and you will be charged with murder.’ That day is today, and that’s why I’m here.”

Prieur, who was born in Czechoslovakia, came to the U.S. when she was eight years old, according to a story in the Flint Journal. She had a candy business called Sweet Marie’s and was known to talk with neighbors as she walked her dog.

“She was just the sweetest, kindest lady,” said Prieur’s neighbor, Gloria Schram, according to another MLive report.

Prieur had no children or descendants, and her husband Leonard died in 1992, but Swanson said the case was personal to him.

“This is not to be dramatic, but Mary Prieur has been a part of my family since my kids were babies,” Swanson said. “When you’re assigned a case, and you take an 88-year-old lady who is living in peace, and is dragged from her house, raped and murdered, you become [personally attached] to find out who did that. That’s not right.”

“Although I had never met Mary, and I wasn’t even on the original investigation, over these last decades, she’s family,” he said. “To bring this closure to her, and to bring closure to the village of Lennon, it’s a day to celebrate justice. That’s why it’s personal.”

Swanson also hoped to reach any possible relatives of Prieur, however distant.

“If there is a niece or if there is a family friend that needs some guidance during this process, you can contact me,” he said.