Defense Attorney Says Man Kyle Rittenhouse Shot Was Screaming ‘Shoot Me, N-Word’ at ‘Protest for an African American Man Who Was Shot By Police’ 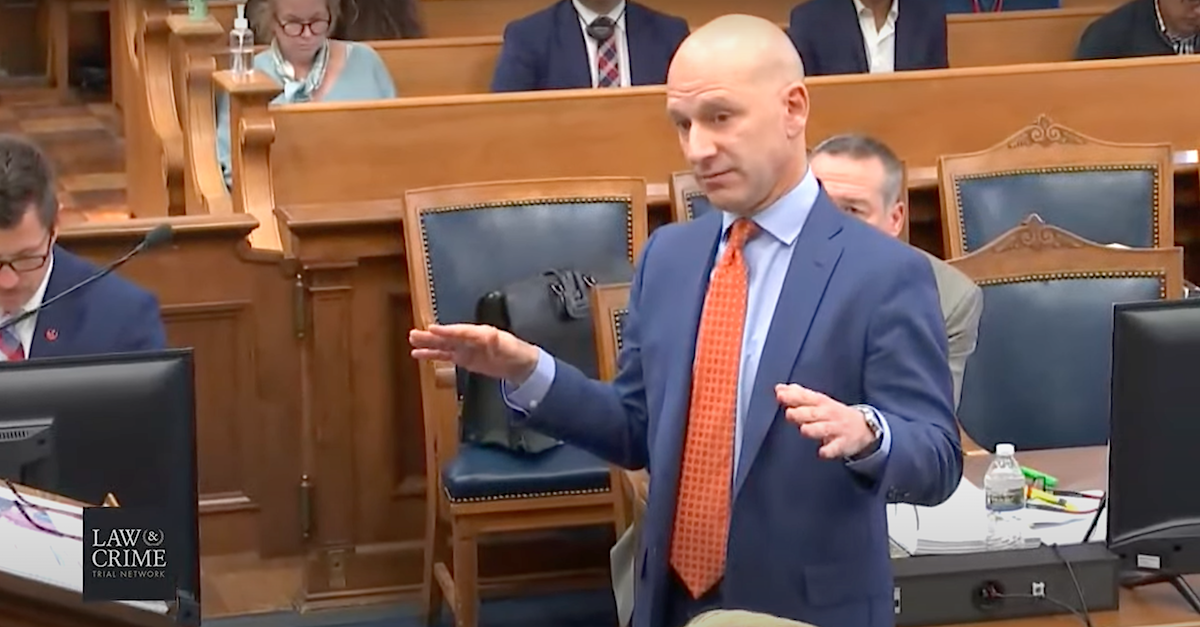 A defense attorney for Kenosha, Wis. shooter Kyle Rittenhouse on Friday took great pains to portray for the jury that the first man Rittenhouse shot on Aug. 25, 2020 was screaming “shoot me, n-word” at a racial justice protest in front of others who were carrying weapons that night. The statements were in stark contrast to the Black Lives Matter protest when enveloped the City of Kenosha, attorney Corey Chirafisi suggested during testimony by former U.S. Marine Corps Infantry Rifleman Jason Lackowski.

“Tell me if this is fair,” Chirafisi asked Lackowski before expounding on his own view of the situation on the ground on Aug. 25, 2020 involving Joseph Rosenbaum, the first person Rittenhouse shot and killed. Here’s how the testimony went:

CHIRAFISI: When [Rosenbaum’s] on the corner of 59th and Sheridan, he’s yelling “shoot me,” and then he uses the n-word?

CHIRAFISI: To set up the backdrop here, he’s saying this at a protest for an African American man who was shot by the police?

CHIRAFISI: And while he’s saying “shoot me, n-word,” do you remember people behind him yelling or chanting “Black Lives Matter?”

CHIRAFISI: Are people reacting to him?

LACKOWSKI: In a negative man—

CHIRAFISI: Are they reacting to him when he’s screaming the n-word at a Jacob Blake protest?

LACKOWSKI: In a negative manner, yes.

LACKOWSKI: Stepping away from him.

CHIRAFISI: So they’re — separate — if I have it right — they’re trying to disassociate themselves from a guy screaming racial epitaphs at a Black Lives Matter rally?

Questioning then turned to whether Lackowski considered Rosenbaum a threat.

“Not at all,” the witness said. 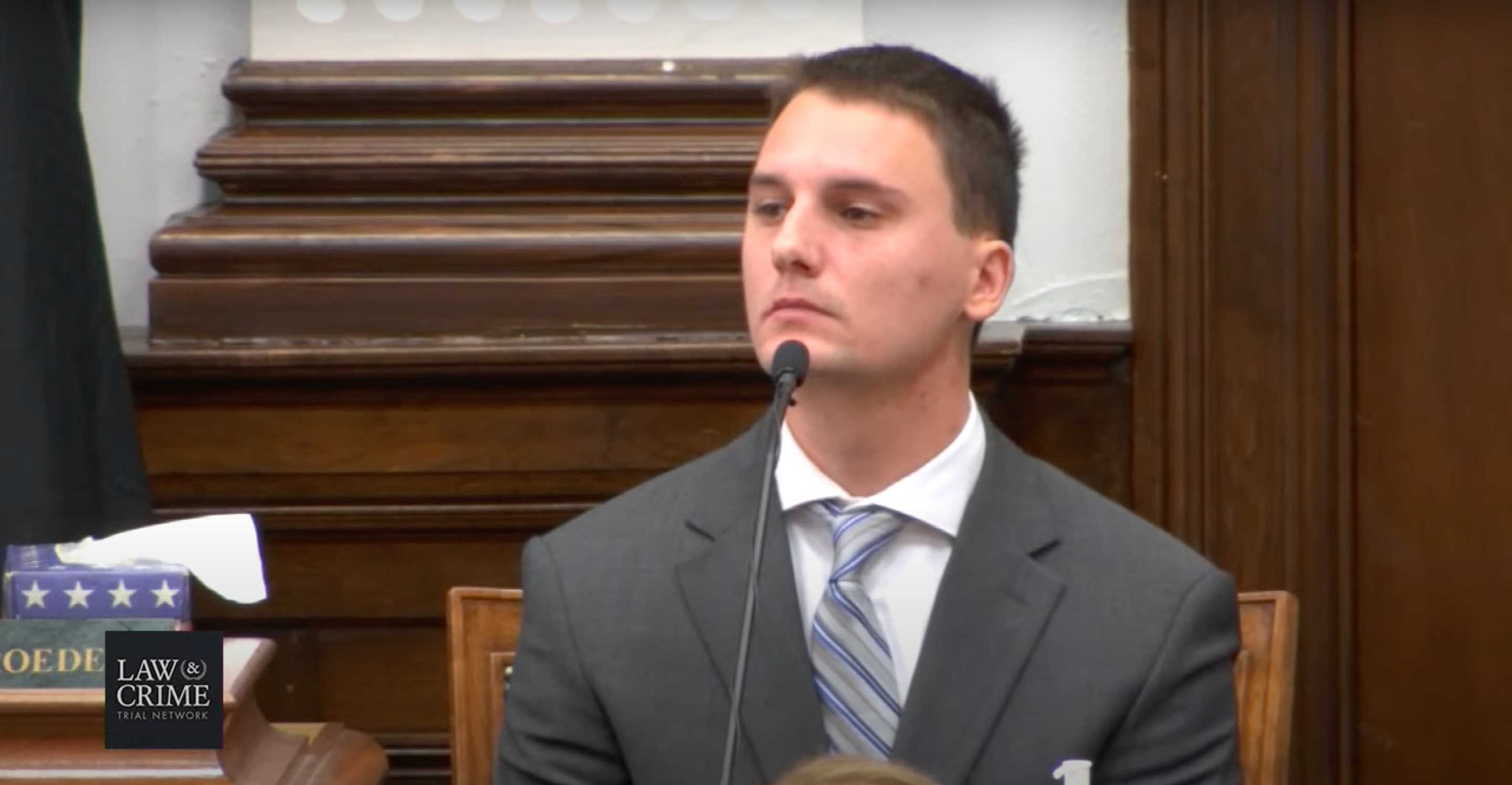 Witness Jason Lackowski, a former member of the U.S. Marine Corps, testified on Friday, Nov. 5, 2021 in the Kyle Rittenhouse trial. (Image via the Law&Crime Network.)

The line of questioning continued:

CHIRAFISI: Did he ever threaten to kill you?

Other witnesses have alleged that Rosenbaum made such a threat and that they believed Rittenhouse likely heard it.

Lachowski admitted that the “situation dictates” whether or not Rosenbaum became a threat in the future.

“And if I had threatened to kill you — kill you — if I saw you that night, and then I’m running full speed at you and I’m going for your gun, are all those things you would have considered when making a decision what to do?” Chirafisi asked.

Lachowski said those things would have constituted “a threat to my life, yes.” 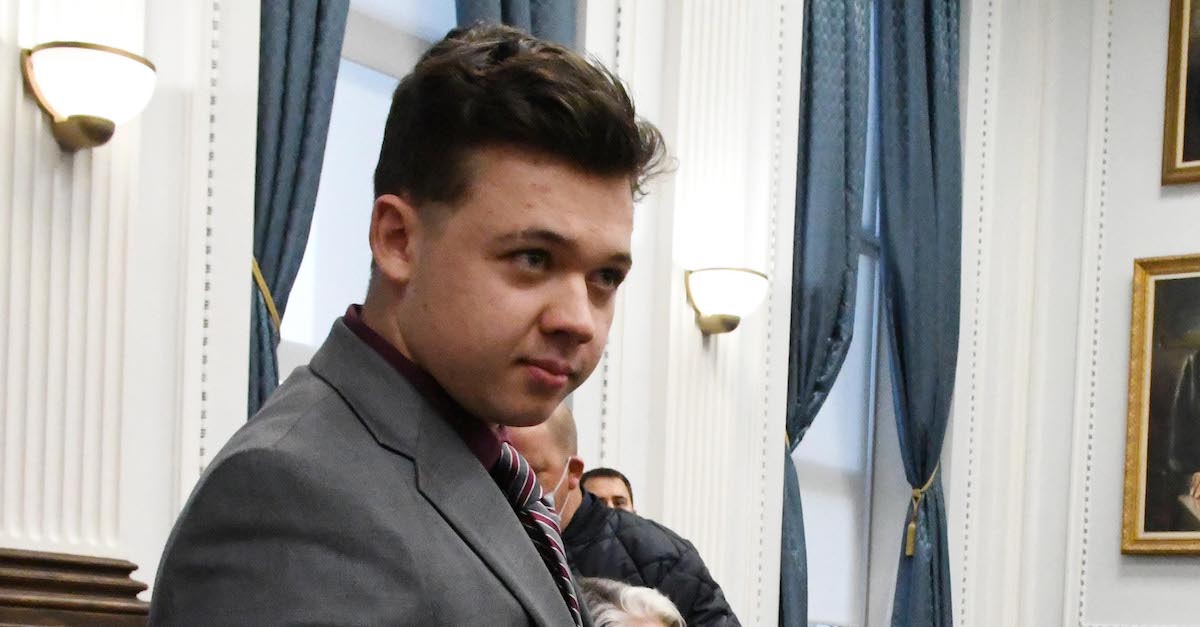 Other witnesses have said Rosenbaum’s “momentum” was moving toward Rittenhouse when Rittenhouse pulled the trigger. Testimony has variably described the movement as a trip, a fall, a step, or a lunge toward the defendant.

Lachowski said during direct examination that Rosenbaum was “false stepping” toward other individuals earlier in the night — quickly placing one foot a few feet in front of him while puffing his chest — in an effort to scare or provoke people; however, Lachowski said he considered Rosenbaum nothing more than “a babbling idiot.”

Most witnesses have indicated that Rosenbaum was not part of the core protest activities in Kenosha that night.

Watch the defense’s line of question below: