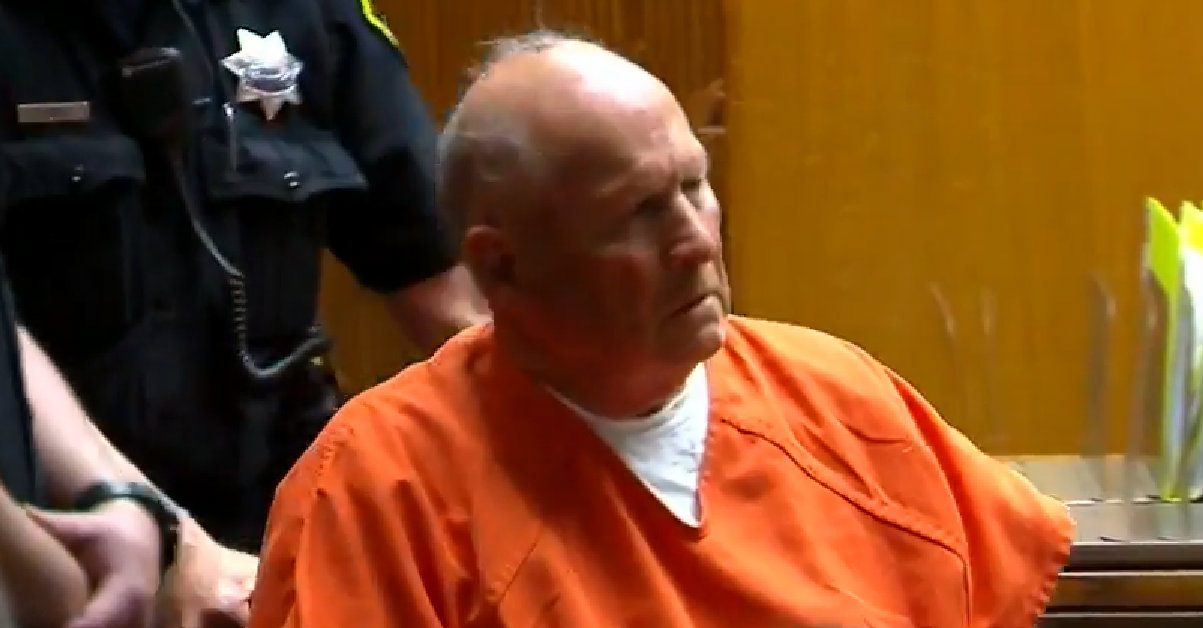 It came as a surprise to many across America when it was reported that California police arrested a 72-year-old man they believed to be the serial killer known as the Golden State Killer.

The arrest of Joseph James DeAngelo, a former police officer, came decades after the Golden State Killer allegedly committed 12 murders, at least 50 rapes, and numerous burglaries during the 1970s and 1980s. From there he seemed to keep a low-profile. The killer was also known as the East Area Rapist, the Original Night Stalker, and the Visalia Ransacker.

There had already been whispers about living family members of DeAngelo’s, but now his estranged wife Sharon Huddle has spoken for the first and possibly last time on the arrest.

“My thoughts and prayers are for the victims and their families. The press has relentlessly pursued interviews of me. I will not be giving any interviews for the foreseeable future,” she said. “I ask the press to please respect my privacy and that of my children.”

They were married in 1973, two years before the Golden State Killer’s rampage is said to have begun. The couple had three daughters and separated in 1991.

Details about the suspect reported by The Sacramento Bee after the arrest described DeAngelo as divorced and living with a daughter and granddaughter. There has been some dispute about the couple’s marriage status, though.

The relationship has been described as “estranged.” Huddle is a divorce lawyer. Her brother James Huddle told Oxygen.com that DeAngelo once asked him about the East Area Rapist.

“He actually asked me about it once. He said, ‘What do you think of that East Area Rapist? What would you do, Jim?’” he said. “[The case] was a big deal at the time. We were all concerned about our families.”

The arrest of DeAngelo has also elicited a response from family members of victims.

“I’m really glad that he’s alive, because if he was dead, that would leave us with thousands of unanswered questions, and now we have the opportunity to learn more about what really happened,” she told Law&Crime Network host Heather Hansen.

She said she was told about the arrest by an “official source.” Before that, she said she heard people suggest that the killer would never be caught, or if he was, he would probably already be dead.

Cory Harvey lived one door over from DeAngelo, and was dumbfounded by the revelation that she was living next to a person believed to be the Golden State Killer.

DeAngelo was described as a generally good neighbor with alarming outbursts of anger — referred to as “quirkiness of getting mad.” DeAngelo was said to swear loudly in front of his garage, but was otherwise helpful with neighborly things like paying for a new fence.

Another neighbor who lived down the street, Paul Sanchietti, regarded DeAngelo as “the odd neighbor.” He said when he “was aggravated or upset, his voice would carry, his swearing was alarming.”

“But he seemed to calm down in the last few years,” Sanchietti would add. DeAngelo, it has also been revealed, used to be a police officer and was also a Vietnam veteran. Another neighbor, Kevin Tapia, recalled “a lot of verbal altercations with my parents.”

DeAngelo was kicked off the Auburn Police Department force in 1979 after he was caught shoplifting. He was reportedly arrested after police followed him to Hobby Lobby and collected DNA from the door handle of his car.