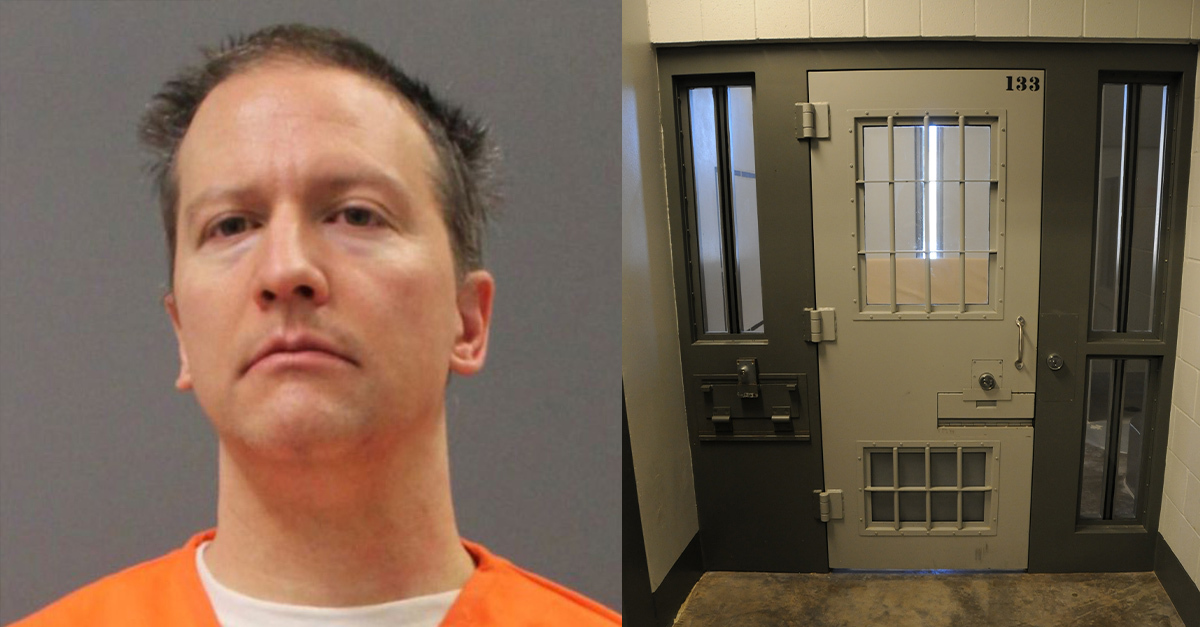 Ex-Minneapolis police officer and convicted murderer Derek Chauvin has a change of plea hearing scheduled for Wednesday, according to an official news release issued by the court.

In addition to the Minnesota state criminal charges, Chauvin and three other officers on the scene of George Floyd, Jr.’s death in 2020 were indicted by a federal grand jury for allegedly depriving Floyd of his federal civil rights. The Department of Justice revealed an indictment in the case in May, naming Chauvin and former officers Tou Thao, J. Alexander Kueng, and Thomas Lane, as co-defendants (unlike Chauvin, the other officers’ state case in Floyd’s death is pending).

The charging document alleged that Chauvin “willfully deprived George Floyd of the right, secured and protected by the Constitution and laws of the United States, to be free from an unreasonable seizure, which includes the right to be free from the use of unreasonable force by a police officer.”

“Specifically, Defendant Chauvin held his left knee across George Floyd’s neck, and his right knee on Floyd’s back and arm, as George Floyd lay on the ground, handcuffed and unresisting, and kept his knees on Floyd’s neck and body even after Floyd became unresponsive,” the indictment elaborated.

All four former officers pleaded not guilty to the federal charges in September.

Chauvin appeared remotely from the Oak Park Heights correctional facility in Minnesota for his initial not guilty plea. The former officer is incarcerated and serving the 22.5-year sentence that was handed down by Judge Peter Cahill after Chauvin’s convictions in Hennepin County on two murder charges and one manslaughter charge in Floyd’s death.

A hearing will be conducted on Wednesday, Dec. 15 at 9:00 a.m. before U.S. District Judge Paul Magnuson (a Ronald Reagan appointee). Chauvin is expected to change his plea from not guilty to guilty.

A second indictment handed down on on May 7 alleged that Chauvin deprived a Black 14-year-old student of civil rights in 2017 by holding the minor down “by the throat,” and hitting the minor “multiple times in the head with a flashlight.” A second count alleged that Chauvin “held his knee on the neck and the upper back” of the teen who had been “lying prone, handcuffed, and unresisting.”

Chauvin pleaded not guilty to the second indictment in September before U.S. Magistrate Judge Hildy Bowbeer. That case is currently proceeding through the discovery process.

[Image via Minnesota Department of Corrections]