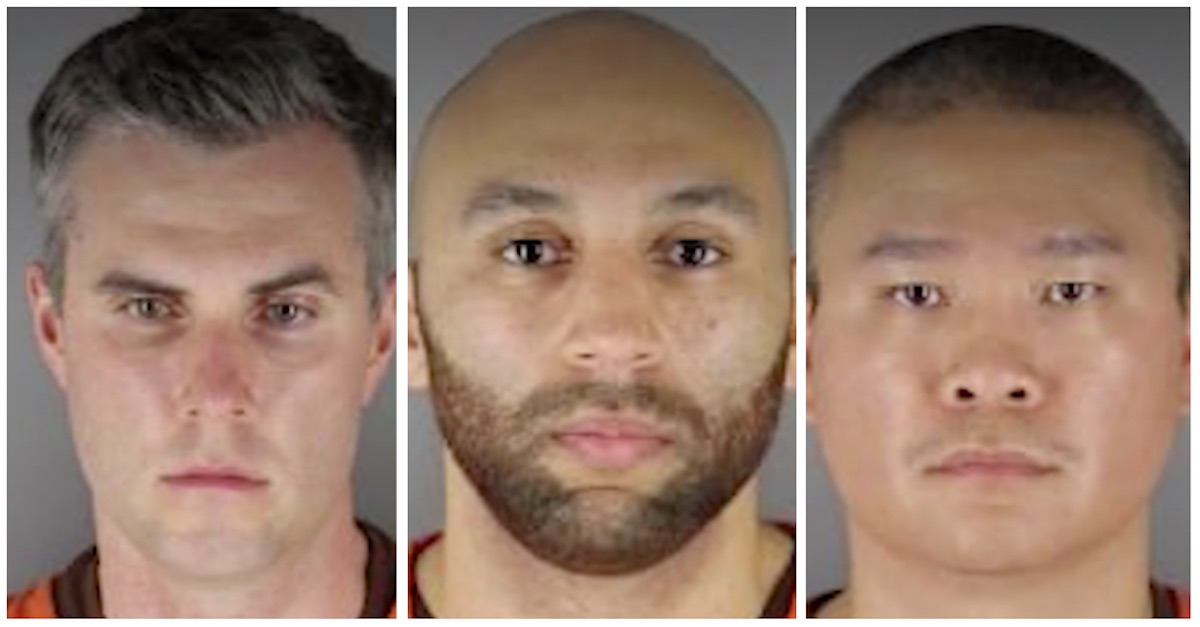 The Minnesota judge who presided over Derek Chauvin’s trial in George Floyd’s death postponed the trial of the convicted murderer’s three former police colleagues on Thursday until March 2022, in order to give federal prosecutors room to bring their civil rights case against the officers to a head first. Trial had been scheduled for August.

As reported by the Associated Press, Hennepin County Judge Peter Cahill cited the need to put some time and distance between Chauvin’s high-profile trial and that of the three men accused of aiding and abetting him.

Some three weeks after that trial ended, the U.S. Department of Justice’s Civil Rights Division leveled federal civil rights charges at Chauvin, Tou Thao, J. Alexander Kueng, and Thomas Lane on May 7. The indictment hits Thao and Kueng with counts of failing to intervene when Chauvin had his knee on Floyd’s neck for nine minutes and 20 seconds.

Those federal charges will now jump the queue of the pending state trial against Thao, Kueng, and Lane, whom state authorities accused of aiding and abetting second degree murder and other charges last year on June 3.

Judge Cahill, who presided Chauvin’s trial, reportedly issued his ruling postponing the state trial during a hearing on Thursday morning.

No trial date appears to have been set for the federal charges, filed in the U.S. District of Minnesota.

On the day they were indicted, Thao, Kueng and Lane were all released on a $25,000 bond. Chauvin has been remanded to Minnesota’s maximum-security prison Oak Park Heights Correctional Facility since a jury convicted him on all three counts—second-degree murder, third-degree murder, and second-degree manslaughter—on April 20.

The federal charges carry much tougher penalties upon conviction, with life imprisonment possible for all of the men.

Judge Cahill paved the way for a stiff sentence for Chauvin on Wednesday, finding that Floyd was “terrified by the knowledge that he was likely to die” but that Chauvin remained “indifferent.” Chauvin faces the possibility of up to 40 years imprisonment. Sentencing is set for June 25.