Fired Minneapolis police officer Derek Chauvin, now 45, has a new Minnesota Department of Corrections mugshot after a jury of his peers on Tuesday found him guilty of murdering George Floyd, who was then 46.

On Tuesday, a masked Chauvin’s eyes darted back and forth as Judge Peter Cahill read the jury’s verdict.

He was then handcuffed and led out of the courtroom. 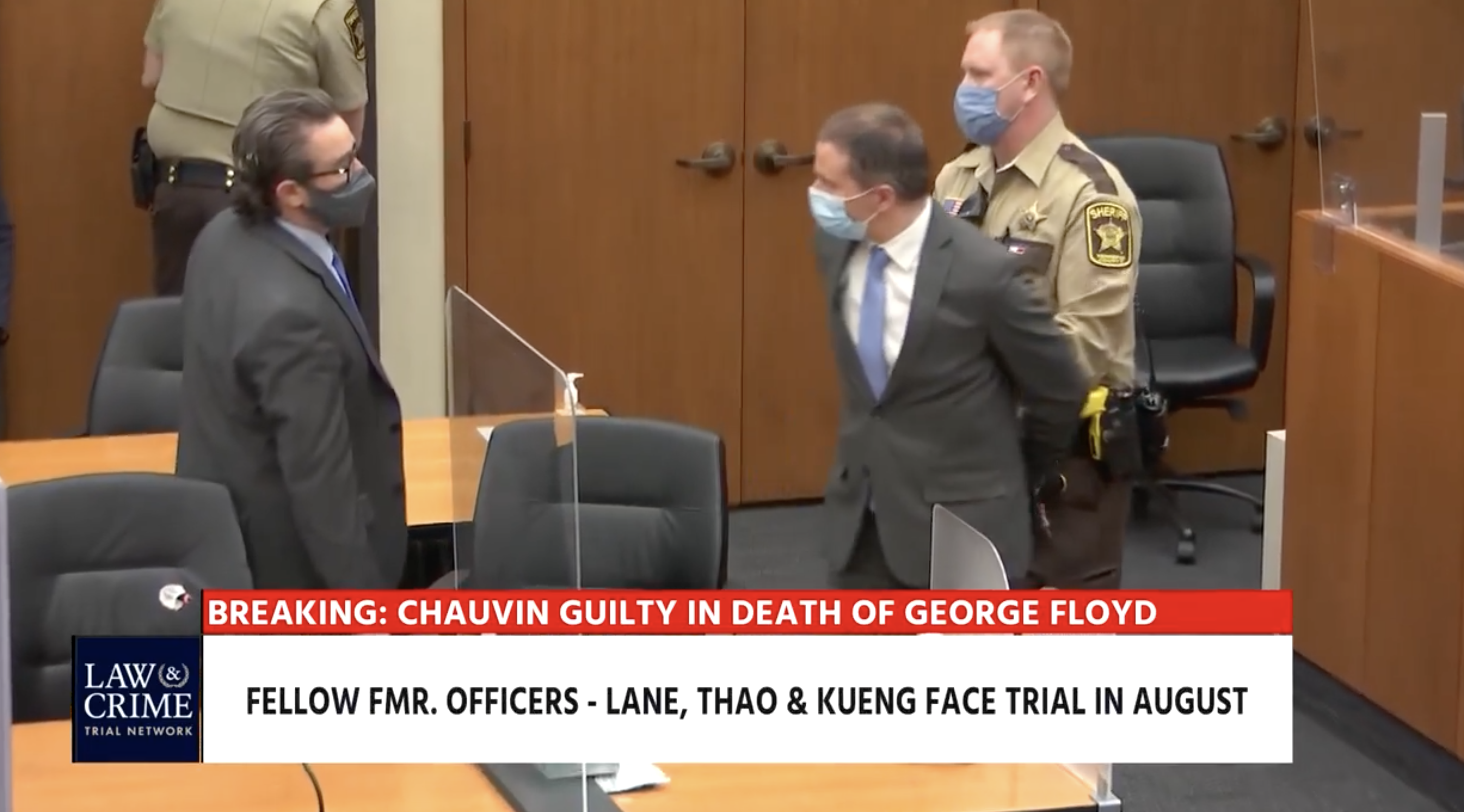 Ben Crump, an attorney for George Floyd’s family, called attention to the new mugshot on Wednesday morning, noting that it was the first sight of Chauvin without a mask on in the aftermath of being found guilty on all counts.

This is Derek Chauvin’s new mugshot after being found GUILTY on all counts of murder, just released by Minnesota Department of Corrections. #JusticeForGeorgeFloyd pic.twitter.com/hFwDy5SOCJ

We are awaiting the next steps in the proceeding. Chauvin still needs to be sentenced, and prosecutors have pushed for an upward-sentencing departure. Sentencing isn’t expected to occur until eight weeks from now. Then there’s the likelihood that Chauvin will appeal his convictions.

[Image via Minnesota Department of Corrections]