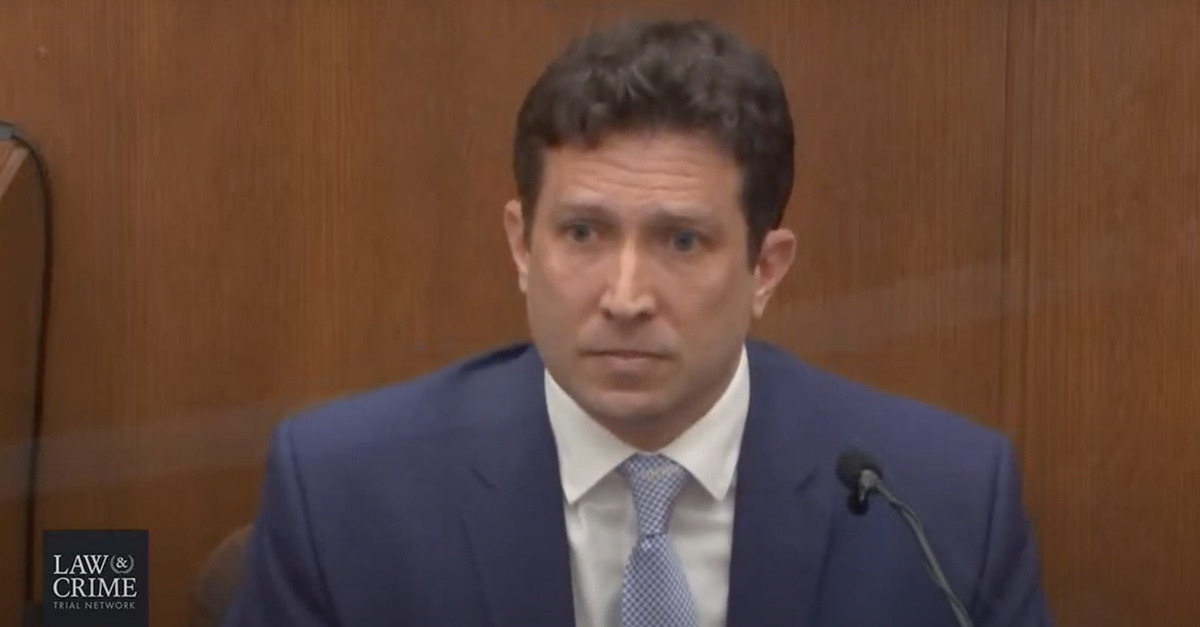 “I can state with a high degree of medical certainty that George Floyd did not die from a cardiac event and he did not die from an overdose,” Dr. Jonathan Rich, a cardiologist at Northwestern Memorial Hospital in Chicago, declared on the witness stand.

That emphatic testimony fell hours after Chauvin’s lawyer Eric Nelson lost his bid for jury sequestration, which he claimed to have been necessary after a Minnesota police officer killed an unarmed Black man during the trial. Nelson unsuccessfully argued sequestration would be necessary to shield jurors from Black Lives Matter protests that erupted after a police officer shot and killed 20-year-old Daunte Wright during a traffic stop. Hennepin County Judge Peter Cahill denied that request, continuing witness testimony that would prove damaging for the defense.

Adding to the list of medical authorities backing up the prosecution’s case—and battering the defense’s theories—Rich testified that he agreed to deliver unpaid testimony based on his review of medical records in order to “make a meaningful contribution to the medical field.”

Rich acknowledged Floyd suffered from hypertension, anxiety, and substance abuse, but he testified that none of these caused the man’s death.

“I see no evidence at all that a fentanyl overdose caused Floyd’s death,” Rich told the jury.

“I believe that Mr. George Floyd’s death was absolutely preventable,” he added later.

#DerekChauvinTrial – Dr. Rich testifies in his opinion #GeorgeFloyd died from: cardiopulmonary arrest, caused by low oxygen levels that were induced by the prone restraint and position asphyxia that he was subjected to. @LawCrimeNetwork pic.twitter.com/zPWYWqD6KF

All the jurors were attentive and took notes during these responses.

Dr. Rich’s courtroom statements come on the heels of medical testimony from pulmonologist Dr. Martin Tobin. Last week, Dr. Tobin walked jurors through an understanding of the effect on breathing that a knee to the neck would cause.

Tobin later instructed the jury to inspect their own necks with their index fingers and thumbs in order “to understand the knee on the neck.”

Tobin explained that Chauvin had been applying intermittent pressure to Floyd’s neck, which would in turn, cause intermittent oxygen deprivation. Floyd did not suffer a seizure or immediate heart attack because he and Chauvin frequently changed their positions. Tobin continued, however, to explain that a photograph shows Chauvin’s knee exerting significant pressure more or less directly on Floyd’s hypopharynx. Tobin estimated that the officer’s combined weight was akin to breathing through a drinking straw, but “much worse” due to the “level of narrowing” of the hypopharynx when Chauvin’s knee was on Floyd’s neck.

“All of his body weight is being directed down at Mr. Floyd’s neck,” Tobin said, noting that many calculations excluded the weight of Chauvin’s shin and boot. “91.5 pounds is coming down directly onto Mr. Floyd’s neck.”

“The leg is crucial here,” testified Tobin, calling it the cause of “major league oxygen damage.”

“The defense’s pursuit of this claim that he was distracted is dangerous as a legal matter,” Abrams argued. “Why? Because you’re basically saying ‘I may have kept my knee on this man’s neck and may have potentially killed him because I was distracted.’ What kind of legal defense is that? It just doesn’t hold water.”