‘No Way Around That’: Derek Chauvin’s Defense Lawyer Fails to Poke Holes in Expert Pulmonologist’s Account of George Floyd’s Death 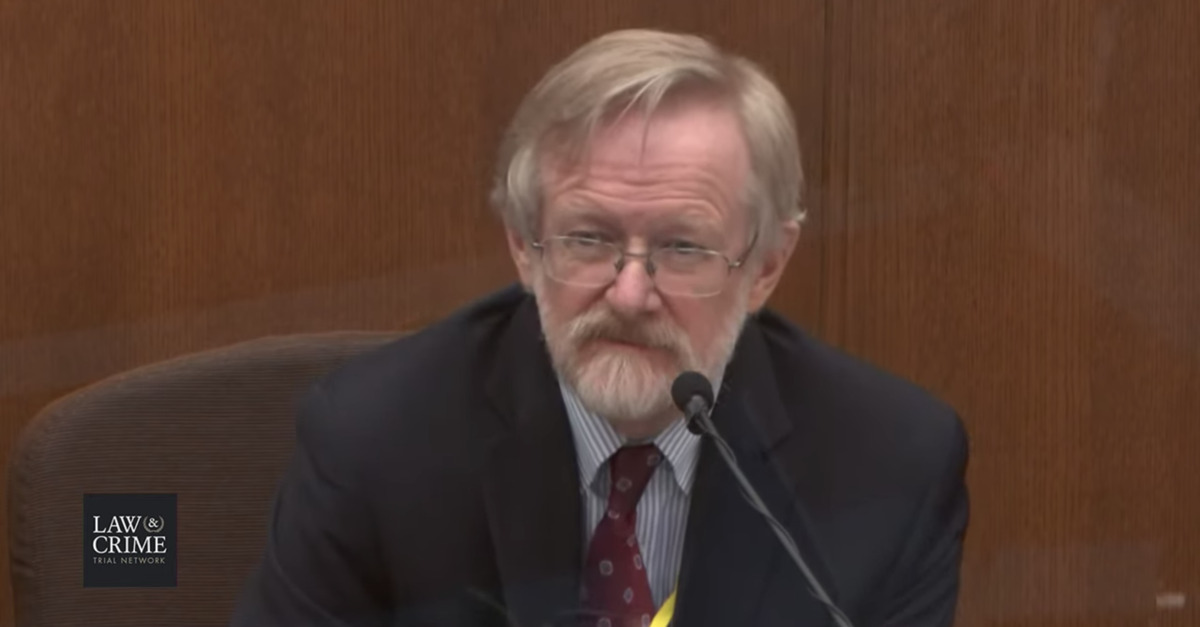 Former Minneapolis cop Derek Chauvin’s defense attorney Eric Nelson had his work cut out for him during his cross examination of the state’s expert pulmonologist Dr. Martin Tobin on Thursday.

Nelson began by suggesting that Tobin’s report only captured a tiny bit of what happened during George Floyd’s fatal arrest last May.

“You’ve taken this case, and you’ve literally boiled it down into a nanosecond?” he asked.

“I wouldn’t say that,” the doctor replied–noting that his report chronicled several minutes beginning at the point Chauvin’s knee hit Floyd’s neck and ending when paramedics attempted to revive him.

That first volley was more or less emblematic of the defense’s overall strategy to push back against the testimony of the Irish-accented Loyola professor and practicing pulmonologist.

Nelson attempted to cast doubt in jurors’ minds about the scientific conclusions reached by Tobin by repeatedly asking the expert witness about constant changes in science.

“All science is constantly changing,” Tobin noted in response.

The doctor said no.

The defense spent substantial effort tending to its overarching theory of the case; that Floyd died due to a fentanyl overdose. This was an all-but necessity for Nelson due to Tobin’s prior testimony.

The Chicago-based doctor previously dismissed the impact that fentanyl might have had on Floyd as he died last May.

“There isn’t fentanyl on board that is affecting [Floyd’s] respiratory centers,” Tobin previously told the prosecution–right after noting Floyd’s respiratory rate just before his death.

Asked for the “punch line” regarding Floyd’s respiratory rate and the presence of fentanyl in his system, the witness answered decisively.

“You know fentanyl is not causing the depression of his respiration,” the expert pulmonologist said. “What you’re seeing is that the increase in his carbon dioxide that is found in the emergency room is solely explained by what you expect to happen in somebody who doesn’t have any ventilation given to him for 9 minutes and 50 seconds, it’s completely explained by that.”

Nelson sought to poke holes in Tobin’s determination by asking whether fentanyl is generally “a respiratory depressant.”

“It can be,” Tobin replied before explaining that if fentanyl has “any effect” on the respiratory centers that would have to occur through the “neural receptors” of the brain.

“There’s no way around that,” the doctor said. “Fentanyl isn’t going to have an effect on respiration by some other mechanism.”

The upshot of this segment was later clarified during redirect after Nelson asked whether fentanyl can “cause a death as a result of low oxygen.”

“Your answer is yes, but only in part,” Tobin said–again reiterating his prior point.

“Do people go into a coma before they die from fentanyl?” Blackwell asked.

“Was Mr. Floyd ever in a coma?” the prosecution pressed.

Law&Crime Network host Brian Buckmire said it wasn’t all bad for the defense, however, noting that Nelson made some headway by establishing that Floyd might have ingested fentanyl just minutes before he died–which Tobin was forced to concede.

After failing to overrule a prosecution objection about a prior witness’s testimony, Nelson asked a hypothetical question about the general moment of “peak respiratory depression” based on the consumption of pills containing fentanyl and methamphetamine. Tobin confirmed that the peak would likely occur at roughly five minutes after consumption–which, here, would have been some two minutes before Floyd died.

Another key moment during Tobin’s second time on the stand occurred during redirect when Blackwell addressed the defense invoking several of Floyd’s preexisting conditions.

“Now, you were asked quite a few questions about Mr. Floyd’s preexisting health conditions?” the prosecution asked.

“And remember, he cited a number of those?” Blackwell continued.

“And do any of those conditions have anything to do with the cause of Mr. Floyd’s death, in your professional opinion, whatsoever?”

A pivotal moment in the Derek Chauvin trial. Dr. Tobin says that George Floyd’s pre-existing health conditions had nothing whatsoever to do with his death. pic.twitter.com/LHRMDQYR14