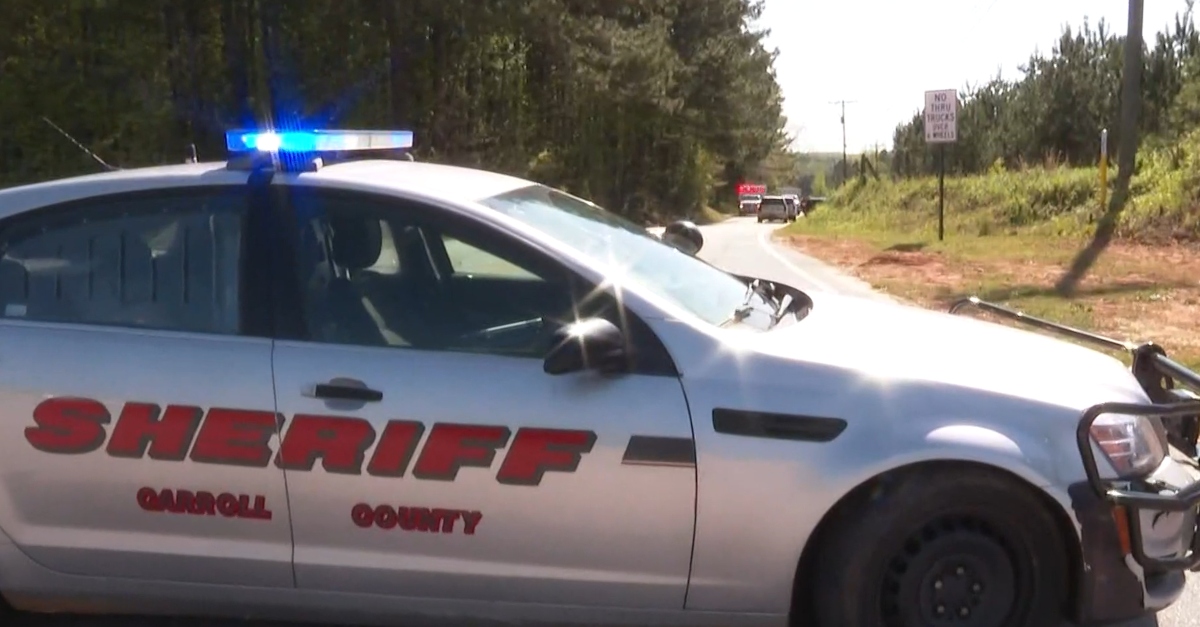 Three law enforcement officers are injured and one suspect is dead after a multijurisdictional, high-speed chase Monday morning, authorities in Georgia say.

In a press conference, Georgia State Patrol Captain Brandon Dawson told reporters that a trooper noticed a Nissan going 111 miles per hour. The officer performed a traffic stop. The vehicle in question did come to a halt, but fled as the trooper approached, Dawson said. The officer performed a pit maneuver, which was only temporarily successful as the driver regained control. The passenger allegedly opened fire using a rifle, disabling the trooper’s vehicle.

That ended this officer’s involvement in the chase. The Carrollton Police Department took over. Chief Joel Richards said the passenger fired rounds at authorities, striking Sgt. Rob Holloway. Officers rendered aid. Holloway, who joined the department in 2008, was undergoing surgery.

The next stage of the chase reached Villa Rica. Chief Michael Mansour gave a similar story as his counterparts: law enforcement chased, and the suspects fired, striking a patrol car. Officer Chase Gordy was hit twice, and taken to Grady Hospital.

Carroll County deputies handled the final leg of the chase. Sheriff Terry Langley said deputy Jay Repetto sustained a gunshot to the arm and is being treated at the Atlanta Medical Center.

One of the suspects was shot by an officer. The other was arrested after a negotiation, and remains at Carroll County Jail, Langley said.

Update: The second suspect is in custody. The other was shot and killed by an officer. Both suspects are men. Stay with @wsbtv for updates today at noon. https://t.co/VkLS38pGCJ

Authorities identified neither man. The Georgia Bureau of Investigation is heading the investigation.