Former High School Classmate Busts Minnesota Man Who Took Selfies Inside Capitol on Jan. 6, Boasted ‘We Made It’ 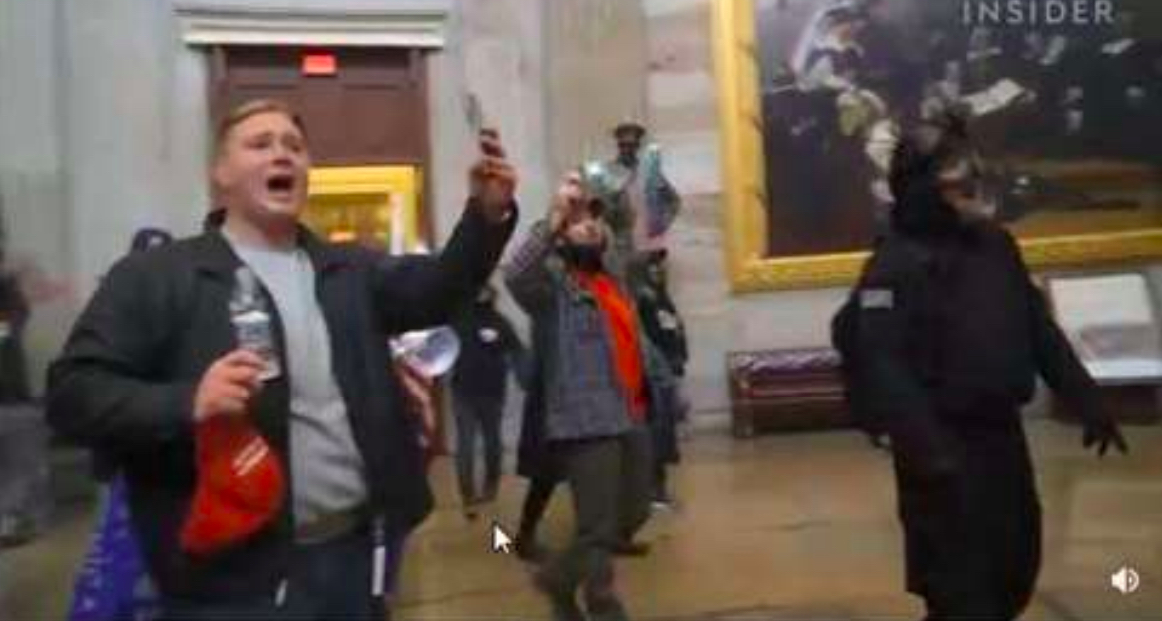 Jonah Westbury taking a selfie inside the Capitol Building

Federal authorities arrested a Minnesota man accused of taking part in the insurrection at the U.S. Capitol on Jan. 6 after he was turned in by a former high school classmate who recognized him from selfie videos he allegedly took while inside the building. Jonah Westbury, 26, was arrested Friday and charged with several crimes.

According to the charging documents, Westbury’s anonymous former schoolmate contacted the FBI early on the morning of Jan. 7 after recognizing him in a video posted to social media.

“The tipster said it recognized WESTBURY because the tipster had attended high school with him. The tipster said it had observed video proof of WESTBURY inside the U.S. Capitol building during the civil unrest on January 6, 2021,” the documents stated. “According to the tipster, the video was originally posted on TikTok, a social media website. The tipster later observed WESTBURY on a Snapchat video narrating his incursion into the U.S. Capitol in Washington, D.C., which was posted on the Twitter account of a friend of Westbury’s.”

In the videos, which the 26-year-old Westbury also apparently posted to his own Snapchat account, Westbury switches between filming himself and his surroundings, often narrating what was happening.

A video of rioters inside the Capitol was also posted to Reddit that appears to show Westbury in the middle of taking one of the selfie photos he later posted on his various social media accounts.

“The video showed an individual taking a selfie of himself inside the U.S. Capitol on January 6, 2021, during the civil unrest,” the documents stated. “Indeed, the image of WESTBURY that appears on the Reddit website appears to show him wearing, or in possession of, the same jacket, gray sweatshirt and red hat that he is seen wearing in the Snapchat videos.”

Westbury is facing four federal charges, including entering a restricted building without authority, disrupting or impeding the orderly conduct of government, and demonstrating inside of a Capitol Building.

Westbury Complaint by Law&Crime on Scribd