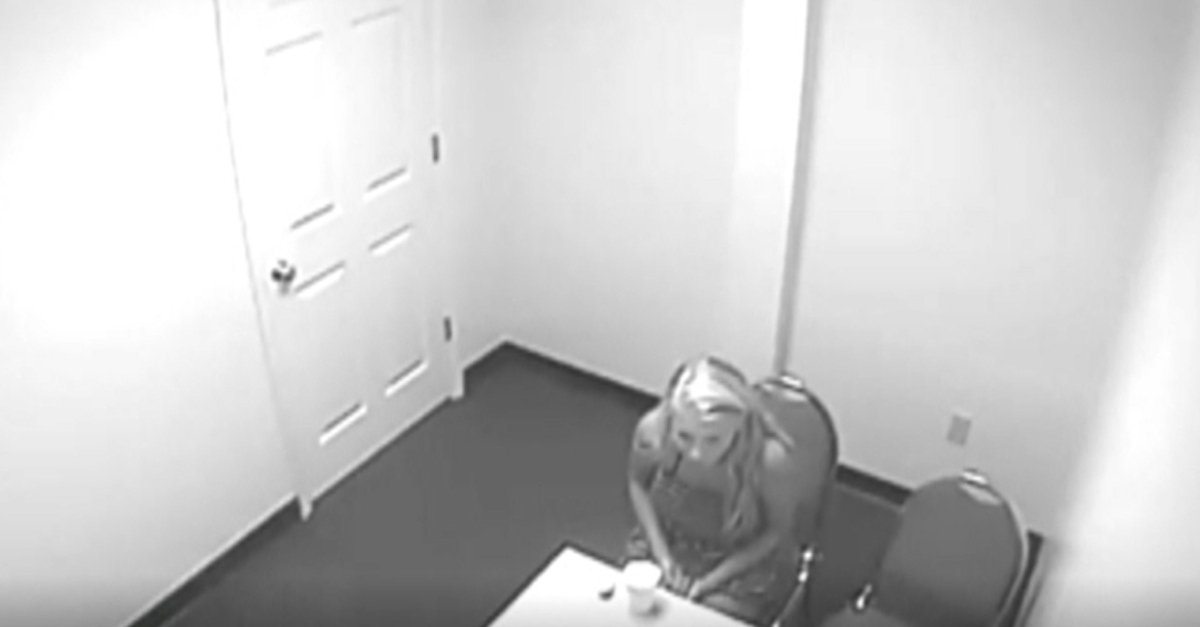 Was Brooke Skylar Richardson a teen who made a terrible mistake in burying her stillborn baby girl, or was she so self-absorbed that she killed the child to keep the birth a secret? Jurors in Warren County, Ohio saw footage on Thursday showing her speak to cops, and her parents about the incident. Richardson, now 20, was 18 at the time this video was recorded.

Richardson admitted to burying the girl in the backyard of her family’s home.

#SkylarRichardson -Richardson said she got a shovel, dug a small hole “and put her in it.” https://t.co/ixKaQAkPXz pic.twitter.com/2SE2BLNmmV

#SkylarRichardson said the baby had no heartbeat and wasn’t moving. Richardson cries, “I buried her, am I going to get in trouble for that?” pic.twitter.com/bWWhWOsOCl

Both sides of the case laid out their narratives in opening statements on Wednesday. The prosecution and defense agreed that Richardson’s mother Kim Richardson previously put a lot of stress on the defendant to be thin. The question before jurors is whether the defendant would go as far as to commit murder to keep up appearances.

Richardson allegedly learned about the pregnancy during an OB/GYN appointment on April 26, 2017 when trying to get birth control. Her defense suggested this wasn’t unusual. Richardson’s weight fluctuated her entire life, and she suffered from eating disorders. Her family, and even her boyfriend at the time, couldn’t tell she was pregnant.

Richardson allegedly kept the pregnancy under wraps and secretly gave birth just over a week later. The defense insisted that the girl, who she named Annabelle, was stillborn: She did not move or breathe. The defendant buried the body in the backyard.

Even after that, she kept this a secret; the death was only revealed when Richardson had an appointment with another doctor the following month. That doctor, who knew about Richardson’s pregnancy, contacted police, prosecutors said.

As seen on footage, Richardson told detectives that when she learned about the pregnancy, she asked if she could have an abortion (she couldn’t because she was too far along). She denied killing the baby.

Her parents were also brought in to speak with her.

They quizzed her on the identity of the baby’s dad (it was an ex-boyfriend), and they confronted her for lying to them. She again denied killing the baby.

#SkylarRichardson – Richardson’s mother mentions how they had a perfect life. Her dad talks about the horror they have been going through because people are there digging up the backyard. pic.twitter.com/P1htvLFCaZ

Her father Scott Richardson asked why she didn’t tell them.

“But you think you could possibly get away with something like that?” he said.