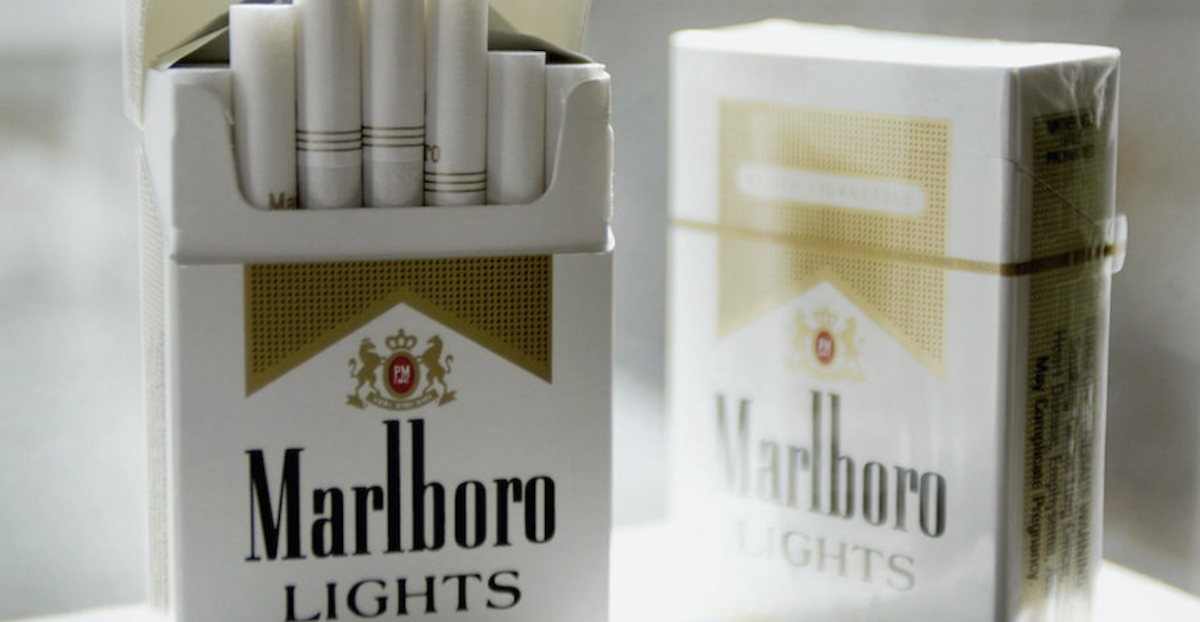 An attorney for multinational cigarette and tobacco manufacturing conglomerate Phillip Morris on Thursday told a Massachusetts jury that a woman claiming Marlboro’s cigarettes gave her lung cancer could have just decided to stop smoking, claiming she could have quit “anytime she wanted to,” according to Law360.

Attorney John Wunderli of the law firm Ray Quinney & Nebeker, reportedly said that the plaintiff in the case, Patricia Walsh Greene, was responsible for any hazardous side-effects she incurred through smoking, relying on the fact that she was able to quit smoking for a year in her early twenties.

“Ms. Greene chose to smoke cigarettes for her own reasons, knowing the risks, and she quit smoking when she decided it was time to quit […] No one else made those decisions for her,” Wunderli said.

According to her original complaint submitted by attorneys Andrew Rainer and Meredith Lever of the Public Health Advocacy Institute, Greene was diagnosed with non-small cell lung cancer in October of 2013 as a result of smoking Marlboro brand cigarettes from the time she was 13 until the age of 30. Though she does admit to quitting cigarettes at age 22, Greene said she was “unable to stay cigarette free,” taking the habit back up after only one year.

Greene began smoking around 1971, when she was only 13 years old. She claims she was first introduced to Philip Morris’s Marlboro brand cigarettes because, at the time, she was able to get them at no cost through “free Marlboro Cigarette giveaway events” held in Boston’s Downtown Crossing area.

The lawsuit also claimed that, for decades, Philip Morris knew that their product was highly addictive and caused a variety of potentially fatal diseases, but consistently engaged in public relations campaigns specifically designed to “mislead, confuse, and deceive” the public.

“Philip Morris directly, and through its trade associations, the Tobacco Institute and the Center for Tobacco Research (the successor in interest to the Tobacco Industry Research Committee) manipulated Patricia Walsh Greene through a campaign of disinformation calculated to mislead the public about the health risks of smoking and to create doubt in the minds of smokers about the link between smoking and human disease,” the lawsuit said.