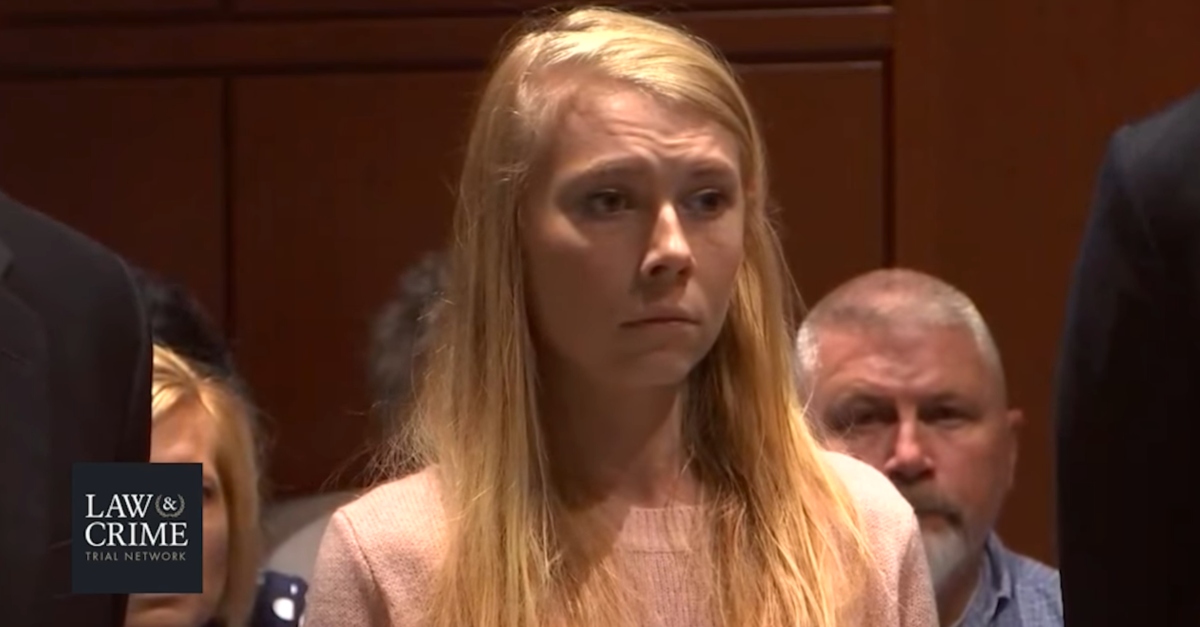 A Utah man was arrested after he allegedly got into a physical confrontation at a high school football game in Ohio. David Sapp, 52, tried to record the family of acquitted murder defendant Brooke Skylar Richardson, 20, and struck people with his camera when he was told to leave, cops said in a Dayton Daily News report. Officials said he identified himself as an independent contractor for CBS News.

Richardson was acquitted last week on all charges except abuse of a corpse, and was sentenced to three years of community control, a form of probation. Prosecutors said the defendant, then 18, hid her pregnancy from her family, gave birth in the bathroom, and buried the body in their backyard. They said she attempted to cremate the corpse. Her defense said she gave cops a false confession; Richardson suffered from an eating disorder and her weight fluctuated her entire life, so it wasn’t unusual that everyone–her boyfriend included–did not know about the pregnancy.

The story caught national attention because of the striking and ghastly nature of the details in this case. It’s not unusual for the family to get media attention, but the situation described on Friday was anything but the usual.

Sapp “was attempting to record the Richardson family and was under the bleachers,” three men reportedly told cops. They said he needed to leave, but he hit them with his camera, cops said.

Officers said the fight occurred behind the home stands. Multiple men allegedly wrestled with Sapp. The defendant is also accused of getting into some sort of physical confrontation with one of the cops.

Records don’t name an attorney for Sapp. He allegedly told cops that this was a case of self-defense, and that he was just protecting himself when attacked by multiple people. Law&Crime was unable to confirm Sapp’s purported employment history as of press time.

[Screengrab of Richardson via Law&Crime Network]