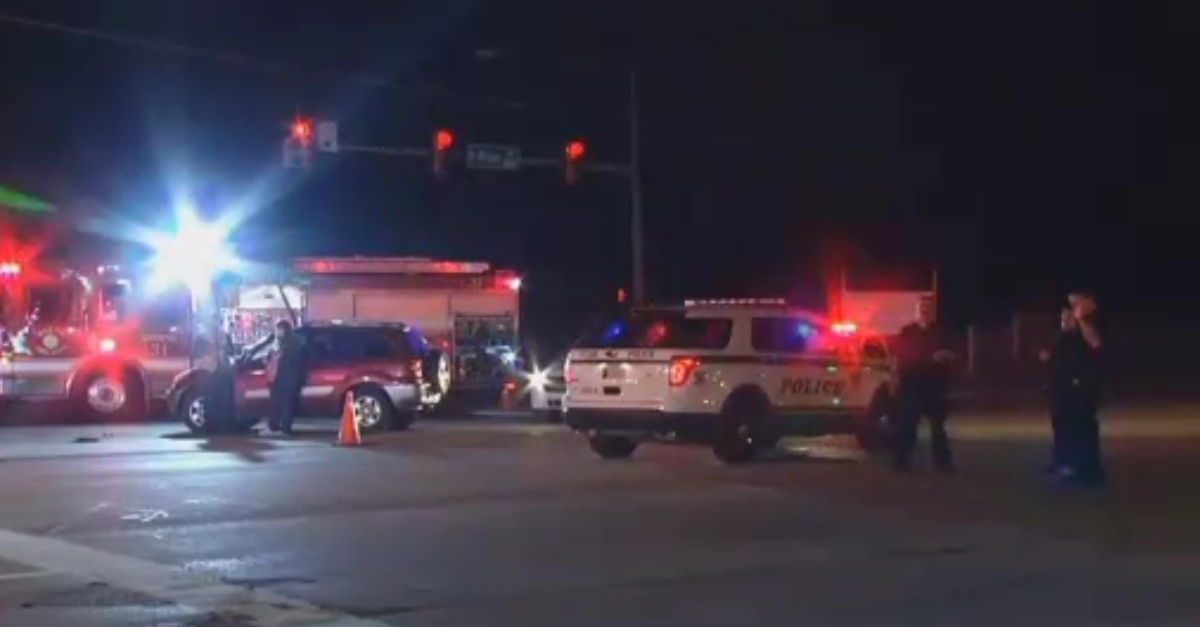 The defendant admitted to this, cops said.

“We can’t be vigilantes out here,” Tulsa Police Detective Mark Kennedy reportedly told Sainsbury. “I’m 100 percent guilty,” said Sainsbury, who was 17 at the time of the shooting. A prosecutor called this “vigilante justice.”

Prosecutors say Sainsbury was out driving when he saw Cobb riding a bike. He confronted the victim, shooting him five times. Sainsbury’s mother previously told him that Cobb had physically abused her. At trial, defense lawyer Stuart Southerland alluded to previous instances. Cobb, he said, was abusive to Sainsbury and the family. The defendant was think about previous incidents, he said.

Sainsbury was originally charged with first-degree murder, but jurors instead found him guilty of first-degree manslaughter in the head of passion, a lesser-included offense.

He testified in his defense, and insisted he didn’t set out to kill anyone, but admitted during cross-examination that he shot at Cobb after the unarmed victim began to flee.

The defendant said on the stand that he deleted the footage because he thought “there was no reason to keep it.”

He said he had a gun on him because he was “the man of the house.” He tried the law, but the law had done nothing for him, he said.

Sentencing is set for October 21.

[Screengrab via News on 6]