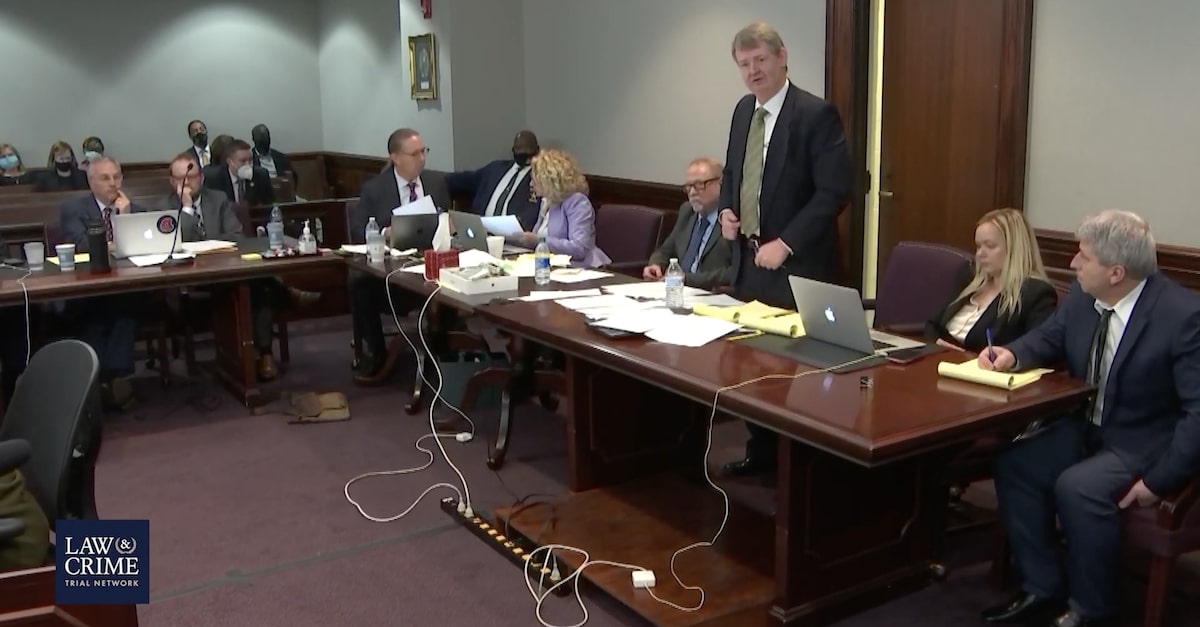 Attorney Kevin Gough claims a “woke mob” is subjecting his client William “Roddie” Bryan to a “public lynching.” Bryan is one of three people charged with murdering Ahmaud Arbery, an unarmed Black man, in the Deep South.

An attorney for one of the three white men charged with murdering Ahmaud Arbery, a 25-year-old Black man in Georgia, has made national headlines for comments widely viewed as offensive.

After previously complaining about the presence of “Black pastors” and civil rights luminaries in the courtroom—including Al Sharpton, Jesse Jackson and a man he misidentified as the late icon Martin Luther King, Jr.—lawyer Kevin Gough declared on Friday that his client William “Roddie” Bryan is the victim of a “public lynching” by what he called a “woke left mob.”

“This is what a public lynching looks like in the 21st century, with all due respect,” Gough declared on Friday.

His client Bryan has been charged with felony murder for joining two other men—gunman Travis McMichael and father Greg McMichael—in chasing after an unarmed Arbery through the Satilla Shores neighborhood in Brunswick, Ga. on Feb. 23, 2020.

With few exceptions, neither Bryan nor the McMichaels dispute the case’s broad outline, only the interpretation of the largely undisputed facts. Travis McMichael told the jury openly: “I shot him,” during questioning from his attorney. The other two men concede that they were there for the chase. They claim, however, that they were defending the community of Brunswick, Ga., particularly near the construction site of area homeowner Larry English.

Gough has told Judge Timothy Walmsley that the sight of demonstrators outside the courtroom could intimidate or sway the jury.

Arbery’s family, civil rights activists and others have described the 25-year-old’s alleged murder as a “lynching,” and Gough used the same imagery in defense of his white client.

“Just because they haven’t put a gallery up— they haven’t put a podium up outside with a hangman’s noose on it doesn’t mean that this isn’t a trial—despite the best efforts of this court—this isn’t a trial that’s been infected by mob violence of a woke left mob,” Gough said, not specifying any alleged violent act other than the one his client is accused of committing.

As he had in the past, Judge Walmsley denied Gough’s motion for a mistrial. The previously also shot down Gough’s attempt to bar iconic activists from attending the trial with Arbery’s family.

“I’m not going to blanketly exclude members of the public from this courtroom,” Judge Walmsley said on Nov. 11, adding that anyone who complies with the court rules and limitations is welcome in the courthouse.

(Image via the Law&Crime Network)