After Losing Post-Trial Motion for Acquittal, Ahmaud Arbery’s Murderer Asks to Remain in Federal Custody as Long as Possible 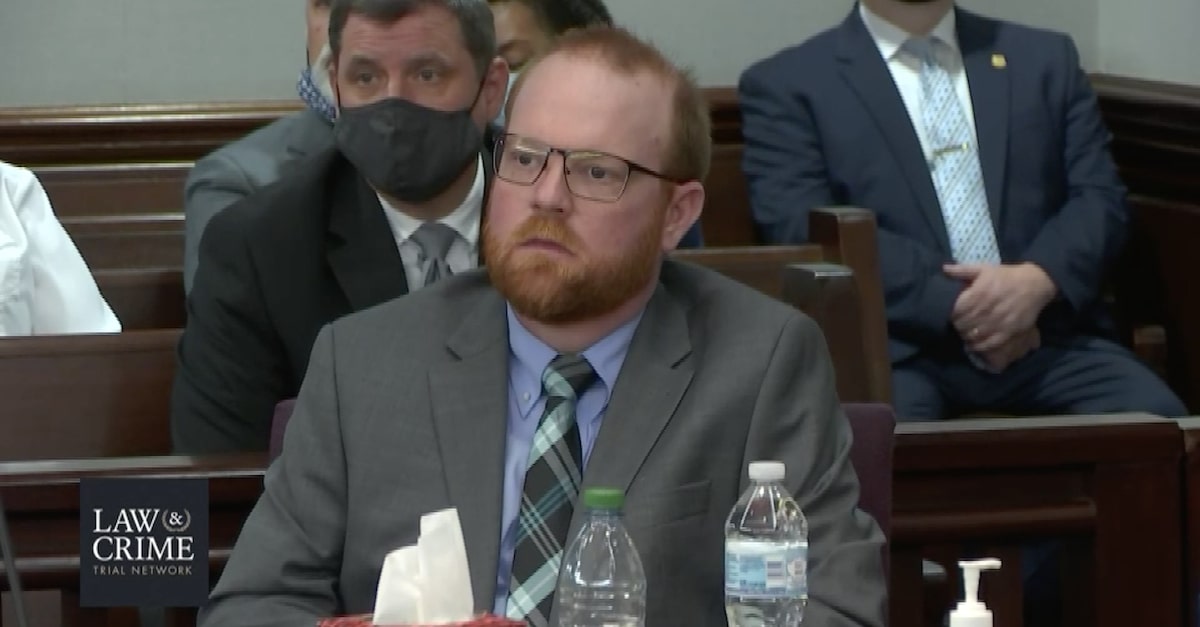 Already sentenced to spend the rest of his life in prison without the opportunity for parole, the gunman who murdered Ahmaud Arbery now wants to make sure to serve as much of his time behind bars in federal custody.

On Thursday, killer Travis McMichael lost his bid for an acquittal for violating Arbery’s civil rights. His attorneys urged a judge later that day to send him to federal prison, citing death threats against McMichael — and the large numbers of homicides inside Georgia state prisons.

“No doubt that the state first arrested and sentenced McMichael,” his attorney Amy Lee Copeland wrote in a sentencing memo, but she argued that the judge should factor in her client’s safety.

Estimating that McMichael received more than 800 death threats as of January 2022 — when she says he stopped counting — Copeland noted that the Department of Justice opened an investigation into unsafe conditions into Georgia’s Department of Corrections.

“His concern is that he will promptly be killed upon delivery to the state prison system for service of that sentence: He has received numerous threats of death that are credible in light of all circumstances, and the government has a pending investigation into the Georgia DOC’s ability to keep inmates safe in a system where murder rates have tripled,” Copeland added.

Citing the Atlanta Journal Constitution‘s reporting, the defense brief notes that there were 57 murders inside Peach State Department of Corrections facilities in 2020 and 2021. The newspaper called that number “almost triple the total of 21 for 2018 and 2019.”

Before the trial, Arbery’s family passionately opposed a plea deal that would have allowed both of the McMichaels to serve the first 30 years of their sentences in federal custody. Those plea deals would have come with admissions that their crimes were racially motivated, but Arbery’s mother Wanda Cooper–Jones called federal incarceration an accommodation the defendants did not deserve.

“For once, listen to me,” the mother said in January of this year. “It is not right. It is not just. It is wrong. Please listen to me.”

U.S. District Judge Lisa G. Wood ultimately rejected the plea deals, finding that she could not approve them without first seeing the evidence against the men. Already convicted in state court of murder, all three men — Travis McMichael, Gregory McMichael, and William “Roddie” Bryan — ultimately went to a federal trial set to prove that they targeted Arbery “because of his race and color.”

They were convicted of that crime after a federal jury heard an earful of the McMichaels unleashing a flood of racist language and imagery.

“Substantial Evidence of His Own Racial Animus”

Summarizing some of that trial evidence, Judge Wood explained why she found it more than sufficient to sustain the men’s conviction, recapping some of the evidence against Gregory McMichael in particular.

“Regardless, and contrary to Gregory McMichael’s argument, there was substantial evidence of his own racial animus against black people introduced at trial,” her ruling states. “That evidence ranged from memes and Facebook posts negatively comparing black people to white Irish people, [ . . . ] to racist and disparaging comments about a black tenant, [ . . . ] to vilifying a deceased civil rights activist at length, [ . . . ] all the way to exclaiming ‘all these blacks are nothing but trouble; I wish they would all die.'” [citations omitted]

“The jury was entitled to believe that animus led Gregory McMichael to make assumptions about Arbery’s character and intent — and thus to draw the conclusion that Gregory McMichael acted as he did because of Arbery’s race,” the ruling continues.

When a federal judge rejected the initial plea deals, civil libertarians argued that — no matter how heinous someone’s crimes — the criminal justice system shouldn’t design punishment based on where a person is more likely to be raped or murdered in prison.

“There are several statutory sentencing purposes,” Copeland’s defense brief states. “Retribution and revenge are not among them, no matter how unpopular the defendant.”

She said that McMichael has spent his incarceration to date in solitary confinement inside the Glynn County Detention Center, since he was arrested in May 2020.

“Due to the multiple threats against McMichael and the government’s investigation into the violence in Georgia state prisons, McMichael should remain in the physical custody of the federal government ideally through the term of his concurrent federal sentence, but at the very least through all ‘post-trial proceedings,’ which should encompass at least direct appeal and exhaustion of cert. rights in the Supreme Court of the United States,” Copeland wrote.

The McMichaels’ and Bryan’s sentencing hearings have been scheduled for Monday, Aug. 8.

Read the sentencing memo and the judge’s denial of the acquittal order, below: