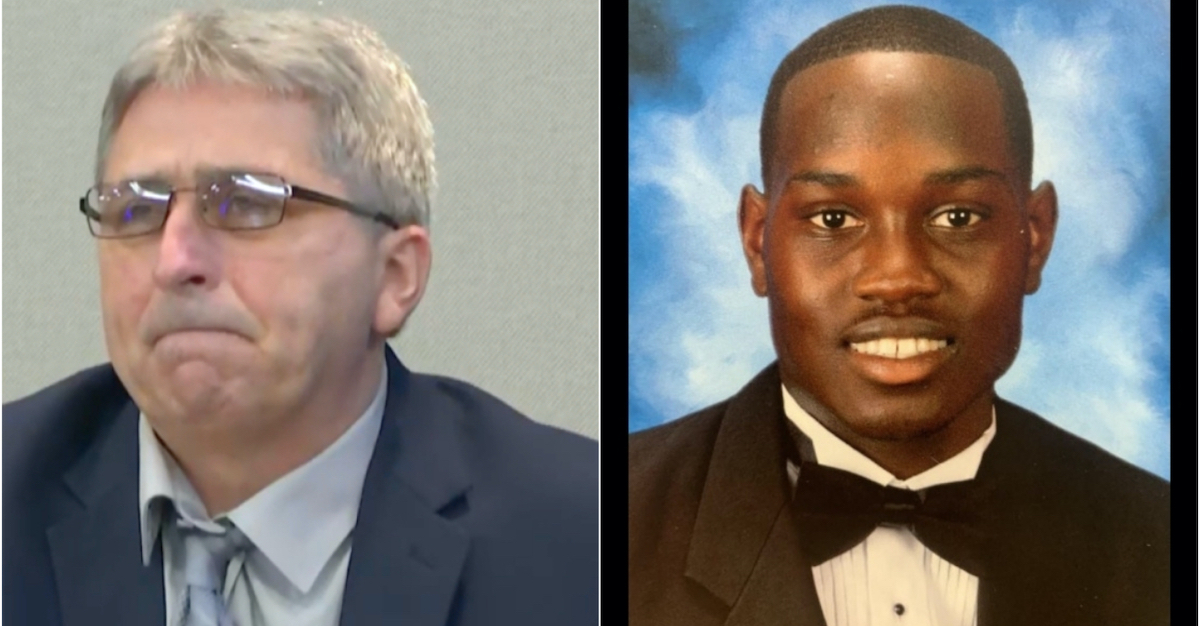 Attorneys for the man who pursued Ahmaud Arbery and recorded his fatal shooting sought a plea deal, but prosecutors “turned it down—flat out,” an attorney for Arbery’s family told CBS on Friday.

The Arbery family’s attorney Lee Merritt told the network that he believes the reported overture shows that the legal team for William “Roddie” Bryan, one of the three men charged with murder, is “concerned about the strength of the state’s case.”

Merritt did not immediately respond to Law&Crime’s press inquiry seeking confirmation of his remarks and more information.

Neither did Bryan’s lawyer Kevin Gough, who made national headlines in the middle of the trial by complaining about high-profile civil rights leaders visiting the courtroom.

“We don’t want any more Black pastors coming in here,” Gough said on the day the Rev. Al Sharpton paid a visit.

Gough renewed those complaints again on Thursday and erroneously stated that he spotted Martin Luther King, Jr. in court.

Roddie Bryan’s attorney Kevin Gough, who has repeatedly complained about Black pastors attending court, erroneously said on Thursday that Martin Luther King Jr. “graced us” with his presence today. After an awkward silence, he clarified Martin Luther King III was in court. pic.twitter.com/cS0CYpTITG

According to reports, Gough colorfully denied CBS’s account: “That’s bullshit,” the lawyer allegedly told reporters, adding, “I’m not getting into that with you.”

Under Georgia Rule of Professional Conduct 3.6 comment 5A—governing pre-trial publicity—attorneys are restricted from discussing the possibility of a plea deal with the press

The CBS report supplies few details about when Bryan’s legal team allegedly extended the offer, what deal was sought, and what lawyer or lawyers were involved. It is unclear from the report whether any offer that was made fell before or after trial began.

Since trial began, however, Bryan has faced damaging testimony from multiple witnesses.

On Nov. 8, ex-Glynn County Officer Ricky Minshew testified that Bryan blocked Arbery with his car “five times” before the 25-year-old Black man’s alleged murder—and that he callously remarked in a police interview that he was almost “thrown through the damn windshield trying to chase this joker,” referring to the decedent.

Georgia Bureau of Investigation Agent Jason Seacrist told jurors that he had asked Bryan: “What made you think [Arbery] had done— he might have done something wrong?”

“It was just instinct, man,” Bryan answered, according to the agent. “I don’t know.”

Though he did not pull the trigger, Bryan faces felony murder charges along with his co-defendants: gunman Travis McMichael and his father Gregory McMichael. Prosecutors say that Bryan’s actions meet the standard of malice and felony murder under Georgia law, which punishes deliberately causing a person’s death. The former requires a showing that “all the circumstances of the killing show an abandoned and malignant heart,” and the latter can be punished “irrespective of malice.”

All three claimed to have been acting in self-defense and hoping to protect their community by pursuing Arbery in the Satilla Shores neighborhood of Brunswick, Ga. The community, they say, experienced an uptick in crime in the months preceding the killing. Arbery had been seen on the surveillance footage of the construction site the men purportedly protected: a home belonging to Larry English, who testified that he never deputized the trio to confront people on the property.

English described installing more than a dozen cameras around his property after his belongings turned up missing from his boat, but he said it was “common” for onlookers to walk in and out of his property.

As the defense case wrapped on Thursday, Travis McMichael had taken the stand in his defense, but Bryan had not. Travis McMichael confirmed during cross-examination that Arbery had not said anything to them, brandished a weapon or threatened them in any way when they started chasing him.

“Yes, he was just running,” McMichael confirmed on the witness stand.

That matched Georgia law enforcement’s account of how Bryan described Arbery’s silence on the day of his death.

Still, Travis McMichael depicted Arbery as the aggressor and told a jury that Arbery lunged toward his gun right before the shooting. Closing arguments are expected to take place on Monday.

Update: Nov. 19 at 12:44 p.m. Eastern Time: This story has been updated to include a reported denial from Bryan’s legal team.