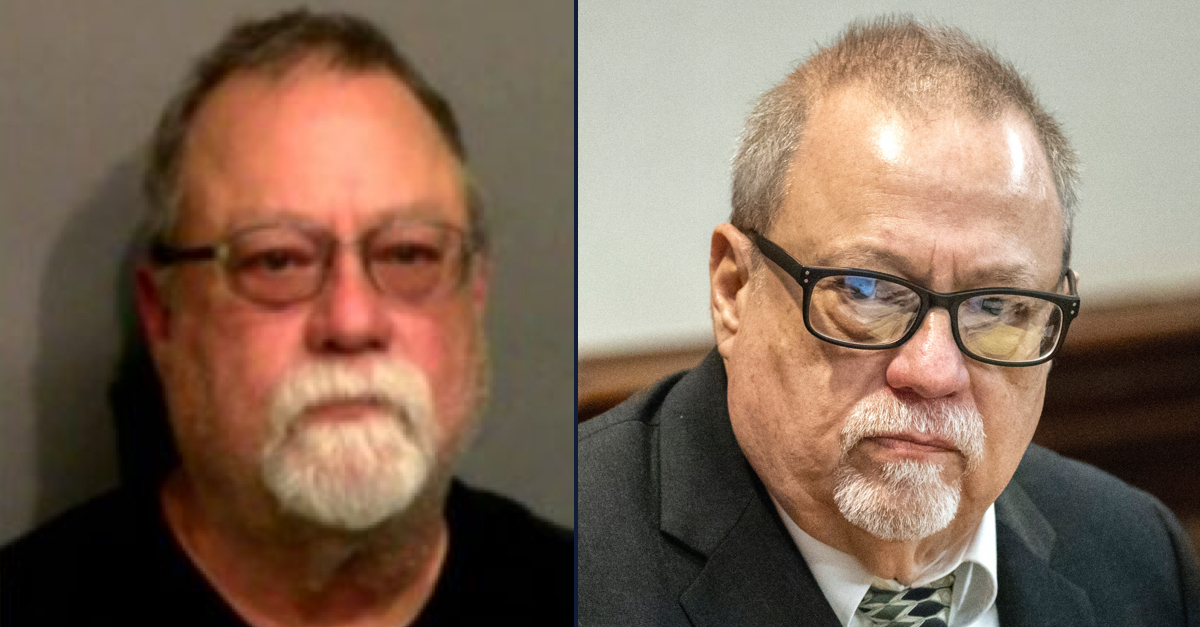 One of the Georgia men convicted of killing Ahmaud Arbery has asked the judge overseeing his federal case for leniency ahead of his upcoming sentencing hearing, requesting that he be sentenced to 20 years in prison instead of a potential life sentence, and that he be allowed to serve his time at a federal facility.

Gregory McMichael, 66, along with his son Travis McMichael and friend William “Roddie” Bryan, have been convicted in both state and federal courts for killing Arbery in February of 2020. The trio, all white men, chased down Arbery, who was Black, in pickup trucks as he jogged through the Satilla neighborhood. Both Travis McMichael and Bryan were armed; after confronting Arbery, Travis fired three times, killing him almost instantly.

A Georgia jury convicted all three men of murder in November of 2021; they were subsequently sentenced to life in prison. A federal jury, finding that the men’s crimes were racially motivated, convicted them of interference with rights and attempted kidnapping in February.

Sentencing in the federal case is set for Aug. 8. Gregory McMichael faces up to life in prison. The McMichaels will not be eligible for parole for the state conviction, but Bryan will be eligible after serving 30 years.

In his sentencing memo filed Monday, Gregory McMichael’s attorney, Attilio J. Balbo, asked U.S. District Judge Lisa G. Wood to send McMichael to 20 years in prison, and that he serve his time in federal prison instead of a state facility, which he says is too dangerous for his client.

“Clearly the offenses to which Greg McMichael has been found guilty warrant a substantial period of incarceration; that is not being contested in this Memorandum,” Balbo wrote. “To ensure the physical safety of Greg McMichael, however, he should not be sent to a state prison system whose very operation may enable inmates to engage in dangerous and even deadly activity.”

Balbo’s memo emphasized McMichael’s military service — he served in the U.S. Navy from 1975 to 1977 — and made sure to draw attention to the race of the man whose life he ostensibly saved.

“While serving in the Navy, Greg McMichael distinguished himself by saving the life of a shipmate who was drowning in the Bay of Cadiz in southwestern Spain,” the memo said, noting that McMichael received a letter of commendation for his actions.

“The shipmate whose life was saved by Greg McMichael was African American,” Balbo added.

The memo also noted McMichael’s 30-plus years working in law enforcement and included several pictures of a smiling McMichael with his family, referring to him as “the quintessential family man” who “enjoyed spending time with his wife and children.” Balbo also discussed McMichaels’ history of “medical ailments,” including having suffered a stroke several years ago that resulted in the use of a heart monitor, as well as a history of depression and anxiety.

Balbo argued that a downward variance from the federal sentencing guidelines, which provide for a maximum life sentence plus seven years, is warranted in order to avoid “significant disparity with similarly convicted individuals whose culpable conduct far exceeded” that of the defendant.

Citing the case of former Minneapolis police officer Derek Chauvin, convicted of murdering George Floyd by pinning him to the ground for nearly 10 minutes, Balbo said that his client’s sentence should align more closely with Chauvin’s 20-to-25 year sentence in his federal case, to be served concurrently with his 22-plus year sentence in the state case.

McMichael’s wife, Leigh McMichael, also wrote a letter to Wood, begging the judge to “have Mercy on Greg.”

Like Balbo, Leigh McMichael emphasized her husband’s time as a police officer, and similarly pushed back against allegations that Greg McMichael is racist.

“One night he and his partner came across an older Black man who had driven a lawn [sic] more 10 miles down highway 341 to the store at 3am because he was hungry and wanted a snack,” Leigh McMichael said in her letter. “Greg’s partner, at that time, relayed to me recently that instead of giving the guy a hard time, Greg chose to follow the guy back up 341 to make sure he arrived home safely.”

Wood, a George W. Bush appointee, had previously rejected a plea agreement that would have allowed McMichael to serve the first 30 years of his sentence in federal prison.

As of press time, the federal court docket didn’t show that the DOJ had filed a sentencing memorandum.

Read McMichael’s sentencing memo and the letter from his wife:

[Images via Glynn County Jail and Stephen B. Morton/Getty Images.]