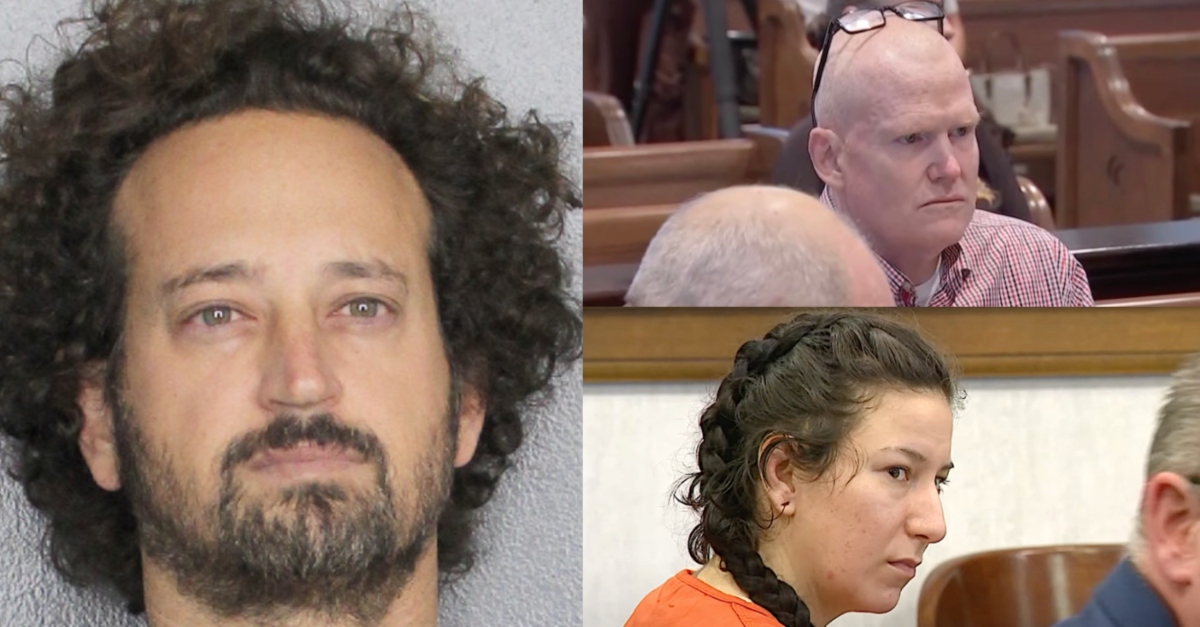 The new year brings a slew of criminal cases — many of them long-awaited and controversial. Here are 10 trials currently scheduled for the first half of 2023.

South Carolina v. Alex Murdaugh: The scion of a family of prominent attorneys killed his own wife and youngest son just to cover up impending “personal, legal and financial ruin” emerging from his bad behavior, say prosecutors in South Carolina. Defendant Richard “Alex” Murdaugh had allegedly claimed to find Margaret “Maggie” Murdaugh and Paul Murdaugh shot dead on the family’s property, a palatial 1,770-acre hunting lodge that locals refer to as “Moselle.” But authorities say he was the person responsible and that he lied to investigators by claiming the deaths were tied to his slain son’s tragic past: Paul Murdaugh allegedly drove a boat while drunk and got into an accident, killing his friend Mallory Beach. Prosecutors say that Alex Murdaugh later hired a former client to shoot him in the head so that his surviving son would get insurance money, though the injury wasn’t fatal. Trial is set to begin Jan. 23.

Wisconsin v. Mark Jensen: Wisconsin murder defendant Mark Jensen stands trial once again, years after jurors convicted him of fatally poisoning wife Julie Jensen with antifreeze. This time, prosecutors can’t use a striking piece of evidence. Julie, who died in 1998, left behind a letter and voicemail, saying that if she died, police should treat her husband as a suspect.  “I pray I’m wrong, and nothing happens,” she wrote. The state Supreme Court ruled in 2021 that prosecutors could not rely on the letter for conviction because Mark could not have Julie questioned under the U.S. Constitution. A juror voiced shock at a federal judge in 2013 overturning Mark Jensen’s 2008 murder conviction, according to WISN. She reportedly maintained, however, that the most important piece of evidence was not Julie’s letter, but Mark’s searches about poisoning deaths as well as his statements to officers. Trial is set to begin in Jan. 9, 2023.

Wisconsin v. Taylor Schabusiness: A Wisconsin woman will stand trial for allegedly cutting off her lover’s head after a sexual encounter ended in murder. Taylor Denise Schabusiness confessed that she strangled Shad Thyrion to death with a chain, according to prosecutors in Brown County. The object was originally part of a consensual sex act, but prosecutors say she killed him on purpose, continuing with the choking even as he coughed up blood. “Ya I liked it,” she allegedly told investigators. According to authorities, she dismembered the body, leaving his head in the basement, where his mother found that body part. The jury trial is scheduled to begin March 6, 2023.

Arizona v. Michael Turney: For prosecutors, this trial was more than two decades in the making. Defendant Michael Turney was arrested back in 2020 for allegedly killing his stepdaughter Alissa Turney and causing her 2001 disappearance. “I’m shaking and I’m crying,” Alissa’s sister Sarah Turney wrote after the arrest. “We did it you guys. He’s been arrested.” The charge is second-degree murder. Trial is scheduled to begin March 13, 2023.

Alabama v. Casey White: Casey White may not have actually killed Vicky White (no relation) at the end of a remarkable manhunt, but Alabama authorities want to hold him responsible for the late sheriff’s deputy’s death. Authorities say that Vicky White, a veteran member of the Lauderdale County Sheriff’s Office, helped Casey White, a convicted felon facing a separate murder case, break out of jail after they started a secret love affair. The 11-day manhunt ended violently, as law enforcement closed on on them in the area of Evansville, Indiana. Instead of surrendering alive, Vicky White allegedly shot herself in the head. The charge against Casey White is felony murder during escape in the first degree. The former statute treats as a murder any death that happened during the commission of a felony — here, an escape from prison that rapt the nation’s attention. Trial is scheduled to begin April 17, 2023.

Florida v. Sarah Boone: A woman is charged with second-degree murder for allegedly locking her boyfriend in a suitcase and leaving him there to die. Sarah Boone claimed that she and victim Jorge Torres Jr. played a game of “hide-and-seek,” and that they thought it would be funny if Torres got into a suitcase, according to deputies in Orange County, Florida. She allegedly said they had been drinking and that she passed out in her bed; she woke up later to find her boyfriend unresponsive and not breathing in the suitcase. But authorities said they found cell phone video, which Boone recorded. They said that Torres called out Boone’s name from the suitcase, and she answered by taunting him with allegations that he had choked her and cheated on her. “You should probably shut the fuck up,” she allegedly said in video. Trial is scheduled to begin April 10, 2023 after getting postponed from Jan. 23.

Florida v. Scot Peterson: 17 students and teachers died tragically when a gunman stormed Marjory Stoneman Douglas High School with a semiautomatic rifle on Feb. 14, 2018. Public scrutiny landed not just on the killer, but on local law enforcement. Enter former school resource officer Scot Peterson, who faces charges of neglect of a child, culpable negligence, and perjury. The defendant — publicly vilified and called a “coward” — failed to properly intervene and instead stayed outside during the massacre, authorities said. The trial is scheduled to begin May 22, 2023.

Texas v. Kaitlin Armstrong: A Texas woman allegedly murdered a perceived romantic rival and fled the country for Costa Rica, only to get caught and dragged back stateside for trial. Victim Anna Moriah “Mo” Wilson was professional cyclist who started a brief relationship with fellow cyclist Colin Strickland. Strickland has said, however, that this happened when he was in the middle of a break with longtime girlfriend Kaitlin Marie Armstrong. Strickland got back to together with Armstrong, who prosecutors say carried out a plot to shoot and kill Wilson. Trial is set to start June 26, 2023.

[Mugshot of Adelson via Broward County Sheriff’s Office. Images of Murdaugh and Schabusiness via screenshots]