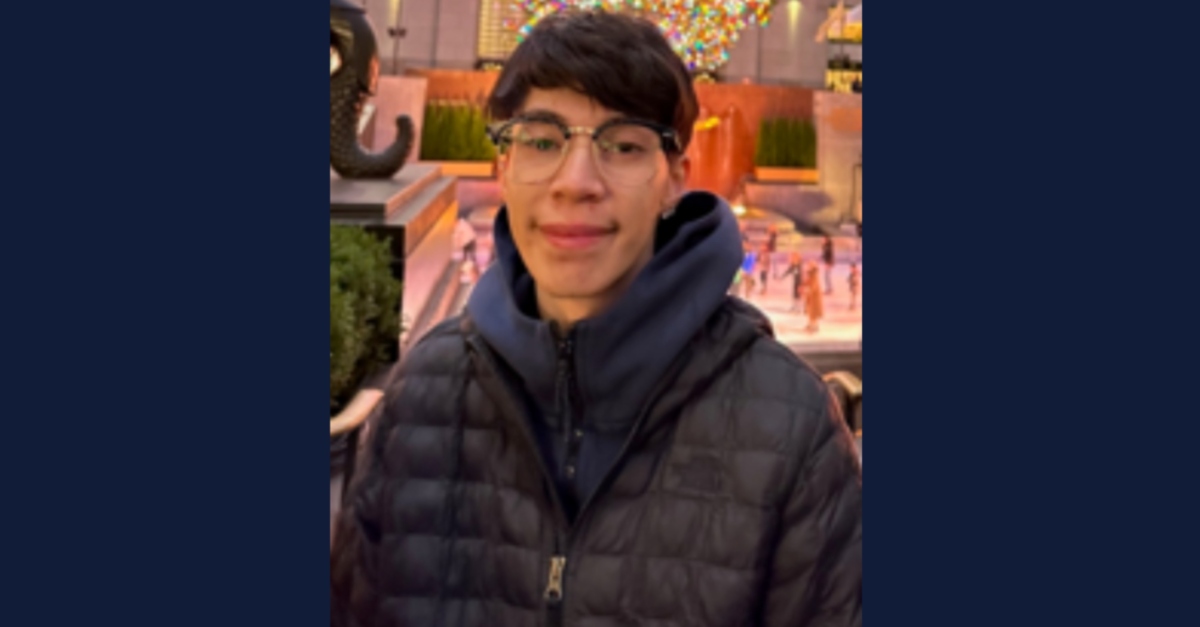 Police discovered a “big amount of blood” in the backseat of a missing man’s car a couple of days after he suddenly disappeared, according to family.

The girlfriend of Jose Guerrero, 20, has said that he was last seen Dec. 21, at around 8 p.m. at their home on Lynn Street in Prince William County, Virginia. He was heading out briefly before their date.

“We were going to go watch Christmas lights, go ice skating,” Sheila Perez told WUSA in a Tuesday report. “He said he was gonna be right back.”

But he did not return 20 minutes later, and she could not get in touch with him. She called his mother, Andrea Salgado, who was getting ready to travel over to babysit Jose and Sheila’s 10-month-old daughter, Avery. Perez said she started tracking Guerrero’s phone. It turned off at around 8:40 p.m., last tracked on Route 1 in the community of Woodbridge. She then reported him missing to police.

“At the time that he was reported missing, there was nothing to indicate that he was in trouble or anything like that,” police Sgt. Jonathan Perok told WUSA. “He is an adult. He was entered into the system as missing.”

That changed on Dec. 23. Perez told the outlet that her stepmother saw Guerrero’s car while driving along Bel Air Road.

Cops said “this is more than just a missing person,” Perez told the outlet. “They said there’s a big amount of blood in the backseat of the vehicle.”

“The vehicle he was driving was located on December 23 in the area of Bel Air Rd and Jeffries Rd in Woodbridge,” cops said in a statement to Twitter. “Jose is believed to be missing under suspicious circumstances and may be in need of assistance which qualifies him as endangered.”

Police publicly declined to confirm the detail about the blood.  Perok simply told WUSA they learned more information and Guerrero’s status was accordingly changed to “endangered.”

“I don’t want to get into specific investigative details in this because if there is foul play we’re going to have a case that we would have to prosecute down the road potentially,” Perok said. “So giving or releasing those investigative details might be a little premature at the moment.”

He did generally describe what it would take to change the status.

“If we the police can articulate that the individual in any case is a danger to themselves or a danger to others or in danger themselves, that upgrades someone’s classification,” he said.

The search is ongoing.

“Why? Why? Just why?” Perez said tearfully of Guerrero’s disappearance. “He would never hurt anybody.”

“His baby’s first Christmas was without her dad,” Salgado said.

Today, I spoke to his mother and his girlfriend (also the mother of his baby girl). They are heartbroken, worried and terrified. @wusa9
@missingpeople
#missing #virginia pic.twitter.com/vvwcHX262Y

Prince William County police ask that anyone with information call them at (703) 792-6500 or your local police department.

Guerrero is described as a Hispanic man. He stands 5 feet, 8 inches and weighs 109 pounds. He has brown hair and brown eyes.