Man Died After Girlfriend Trapped Him in Suitcase, Taunted Him on Video: Deputies 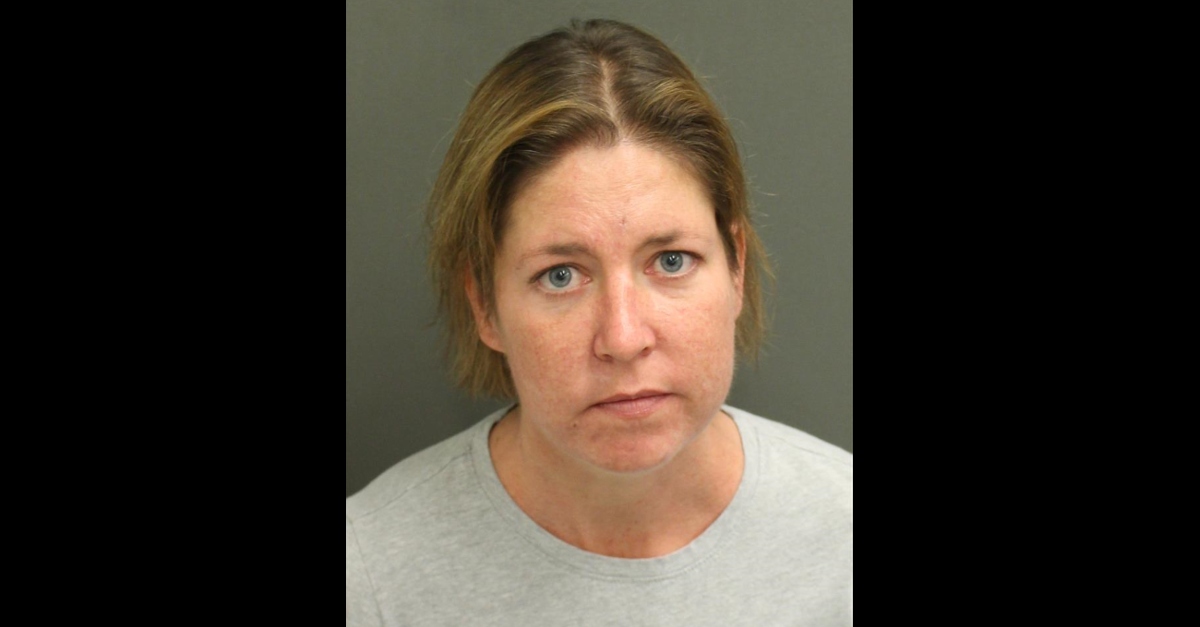 Deputies in Orange County, Florida say a woman locked her boyfriend inside a suitcase, and taunted him on video in which she accused him of choking her and cheating on her. The victim was found dead.

Sarah Boone, 42, is charged with second-degree murder in the death of 42-year-old Jorge Torres Jr., according to The Orlando Sentinel.

The defendant called 911 on Monday afternoon from home, authorities said. Firefighters found the victim’s body by a blue suitcase, investigators said. Boone tried to play it off as a tragic accident, investigators said. They’d been drinking chardonnay Sunday while painting and doing puzzles, she said in this account. They played hide-and-seek. This progressed to them thinking it would be funny if Torres got inside a suitcase and she zipped him up, according to this story. Boone allegedly said she thought her boyfriend could escape by himself because two of his fingers were capable of sticking out. She said she went to bed, woke up the next morning, and stayed upstairs believing Torres was downstairs job hunting on his laptop, deputies said. He wasn’t.

Boone allegedly said she found Torres’s body still in the suitcase. She called her ex-husband, who told her to call 911, according to this account.

Deputies say evidence contradicts this story. The defendant let them search her smartphone, they said. It revealed two videos showing Torres either pleading with Boone to let him go or crying out. In the first video, the defendant taunted him.

“Yeah, that’s what you do when you choke me,” Boone allegedly said, and claimed that he’d cheated on her. The defendant told him he should “probably shut the [expletive] up.”

The autopsy revealed that Torres had sustained a busted lip, long fingernail scratches to his back and neck, and bruising to his skull, shoulder, and forehead. Investigators didn’t detail the cause of death, however.

Records reviewed by Law&Crime show that Boone remains at Orange County Jail as of Wednesday morning. She is being represented by a local public defender’s office. An attorney is currently unassigned. A spokesperson for the office told Law&Crime that they have no comment.