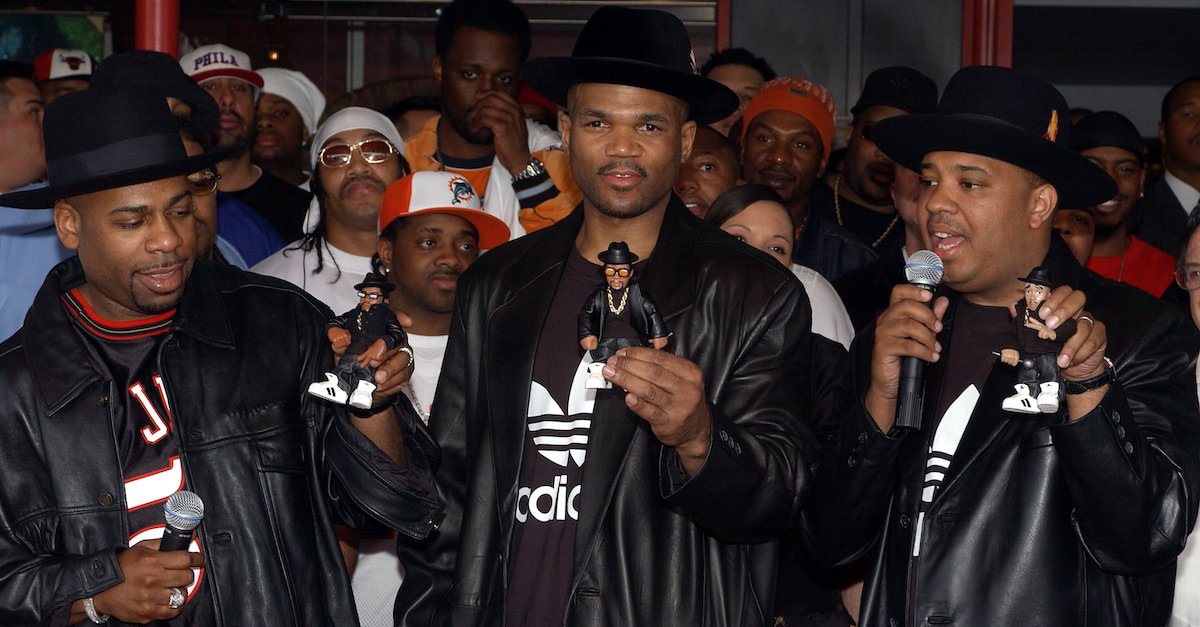 (L to R) Musical artists Jason “Jam Master Jay” Mizell, Darryl “DMC” McDaniels and Joseph “DJ Run” Simmons of the hip-hop group RUN-DMC hold toy figures of themselves at a handprint ceremony during their induction into the Hollywood RockWalk February 25, 2002 at the Guitar Center in Hollywood, California.

The Run-DMC DJ was 37 years old when he was shot and killed by a masked killer on October 30, 2002 at a recording studio in Queens, New York. The victim was shot in the head. According to reports, the suspects have been indicted for murder in connection with drug trafficking.

Federal prosecutors in Brooklyn were expected to announce the indictments on Monday afternoon.

According to the Times, Washington is currently incarcerated for robbery, while Jordan was arrested Sunday. Jordan has already done time for shooting Mizell’s nephew Rodney Jones.

“Mr. Jordan and Mr. Washington walked into a music studio in Queens, where Mr. Mizell and others were working essentially hanging out, and they walked in and they murdered him in cold blood,” acting U.S. Attorney for the Eastern District of New York Seth DuCharme said on Monday afternoon.

“For the crime of murder the passage of time offers no escape,” he added. “We don’t give up on these cases.”

Authorities allege that the murder was related to a cocaine trafficking conspiracy.