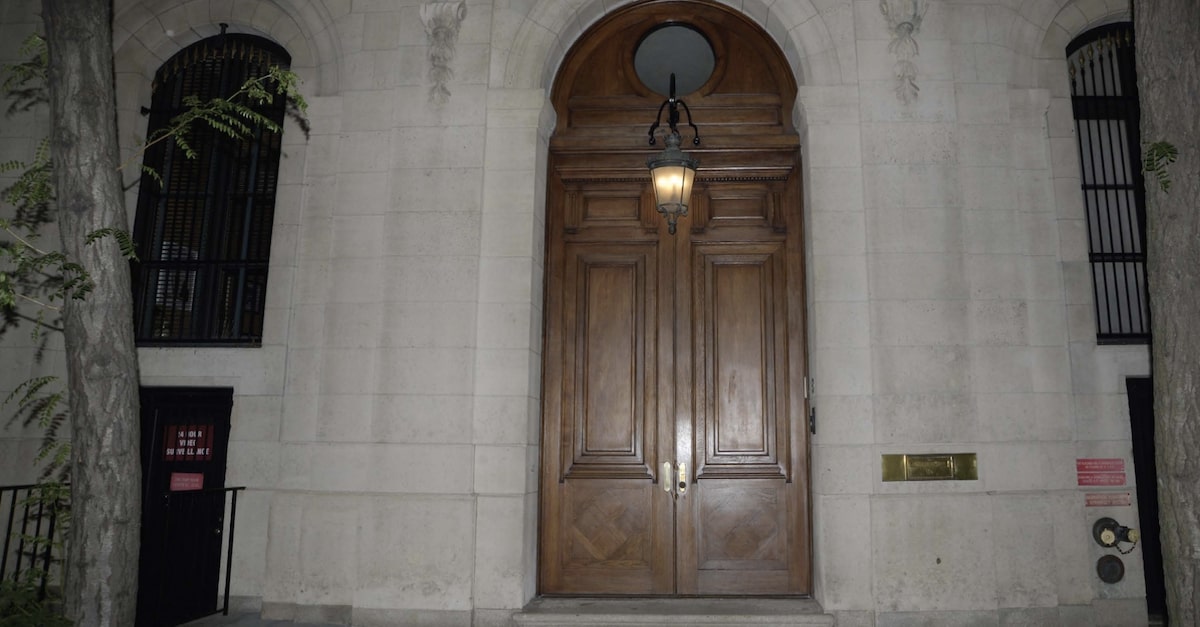 This photograph of the exterior of Jeffrey Epstein’s New York townhouse was introduced into evidence during the trial of Ghislaine Maxwell. (Photo via DOJ)

The FBI’s raid on Jeffrey Epstein’s six-floor New York townhouse in 2019 marked a crucial turning point in the case, presaging his imminent arrest and a prosecution that would soon be thwarted by his death.

Evidence recovered from that search has continued to loom large in the sex trafficking trial of his accused accomplice Ghislaine Maxwell, where jurors have seen photographs and communications seized from that home. The files provided a never-before-seen view of their relationship.

Maxwell’s lawyers Laura Menninger and Bobbi Sternheim unsuccessfully tried to block the admission of evidence of their client and Epstein captured in intimate moments over the years. In multiple images, they appear to embrace, and others show Maxwell appearing to rub Epstein’s foot, which are seen in photographs apparently on or near Maxwell’s breast.

Disputing their relevance, the defense attorneys noted that the photographs are undated and appear to be introduced without context, save for the location where they were seized. But prosecutors replied that, on the face of them, they undermine Maxwell’s efforts to distance herself from Epstein.

The prosecutor also said a photograph recovered from Epstein’s home and offered under seal shows “Kate,” the pseudonym of the Maxwell’s second accuser who had testified earlier in the day. Another was a sealed photograph of Virginia Roberts Giuffre, whose since-settled civil claims against Maxwell helped spark the 59-year-old’s prosecution.

Multiple FBI witnesses testified that numerous photographs—estimated by agent Kimberly Meder in the thousands—were recovered from CDs found in Epstein’s home, including a safe that authorities used a saw to open, according to testimony by agent Kelly Maguire. 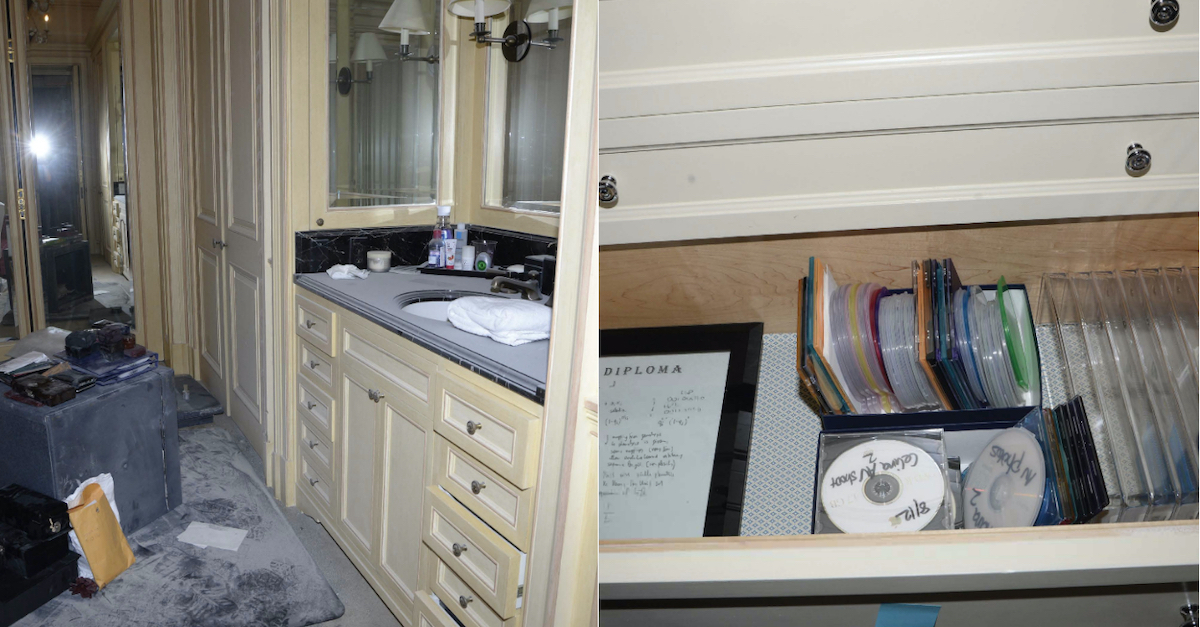 Photographs of CDs that the FBI recovered from Jeffrey Epstein’s home were entered into evidence during the trial of Ghislaine Maxwell.

Curiously, the FBI found the hard drives with evidence tape already on them, Maguire testified.

“The items included binders that contained CDs,” the agent told jurors. “There were various items of jewelry. There were external hard drives there were loose diamonds, large amounts of U.S. currency and passports, as well.”

Other than photographs, emails and other written documents were shown to the jury.

One, a file created by “GMax” on Oct. 14, 2002, appeared to undermine the defense’s attempts to distance Maxwell from Epstein.

“Jeffrey and Ghislaine have been together, a couple, for the last 11 years,” the document read. “They are, contrary to what many people think, rarely apart — I almost always see them together.”

“Ghislaine is highly intelligent and great company with a ready smile and an infectious laugh who always puts one at ones [sic] ease,” the file created by “GMax” continued.

An email appeared to corroborate testimony by Epstein’s Palm Beach house manager Juan Alessi, who told a jury that the twosome called him “John.”

Dated May 25, 2001, “GMax” wrote in a message: “I need to what if any list John is using and he needs to understand he is doing a truly awful job.”

Alessi also testified about a “Household Manual” for Epstein’s Palm Beach residence, a document he described as degrading. The 2001 email refers to the file. with “GMax” complaining that “massage creams etc in JE’s bathroom were a mess.”

After the FBI’s witnesses testified, a third accuser of Maxwell—speaking only under her first name “Carolyn”—took the stand.