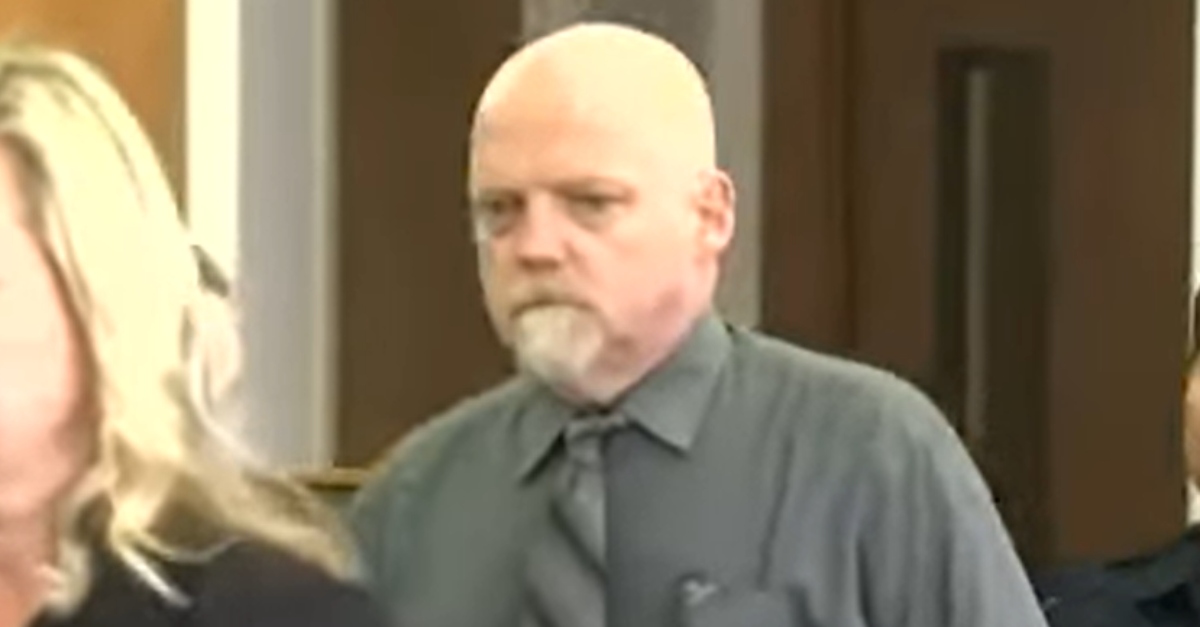 An intermediate appellate court in Washington State has overturned the groundbreaking conviction of a man found guilty of murdering a young couple.  The court’s reasoning for unwinding the case, however, was unrelated to the novel nature of the investigation which led authorities to file charges against the defendant.

William Earl Talbott II, now 58, left his DNA behind after killing Tanya Van Cuylenborg, 18, and Jay Cook, 20, prosecutors alleged at trial. Investigators used genetic genealogy to link Talbott to the 1987 slayings in what has widely been described as the first case of its kind to go to trial and result in conviction using such investigative techniques. But a panel of appellate judges now say the trial court made a mistake by seating a juror who was upfront in saying she was unsure if she could remain impartial. Prosecutors plan to hold a second trial if an appeal to the Washington Supreme Court does not succeed in flipping the intermediate appellate court’s decision and reaffirming the conviction.

“After her clear, repeated expressions of actual bias as to the precise nature of the allegations at the heart of this trial and evidence which would be introduced, we cannot conclude that juror 40 was sufficiently rehabilitated such that Talbott was provided a fair and impartial jury,” Judge Cecily C. Hazelrigg of the court of appeals wrote about the juror in a ruling dated Monday.

Van Cuylenborg and Cook were a Canadian couple visiting Seattle to pick up furnace parts, court documents showed. They left Victoria, British Columbia, on Nov. 18, 1987. Van Cuylenborg was found the following 24th half-naked in Skagit County, Wash., with a gunshot wound to the back of her head. She had been raped. The couple’s van was found the day after that in Whatcom County. Cook was found the day after that in Snohomish County, with blunt force trauma to the head, and a pack of cigarettes shoved down his throat. Authorities said his cause of death was strangulation by ligature — twine and what seemed to be a red dog collar.

Three decades later, in 2018, investigators used genetic genealogy to track down Talbott as a possible source of DNA found on Van Cuylenborg’s pants and from a vaginal swab, the ruling said. Undercover officers located a coffee cup that the suspect threw away, and they used DNA on it to match Talbott to the DNA profiles found, the appellate judges said.  The seemingly strong case was stymied, however, when a trial court judge seated a woman who voiced concern she might not be able to be impartial. She had grown up in a single-parent household, and her mother experienced a lot of domestic abuse, the juror said. Also, the woman — known in court documents as juror 40 — was a new mother herself. With that in mind, she suggested that she might take crimes against young women personally. She maintained that she would work on being impartial but acknowledged the possibility that she could not. She was seated after the court denied Talbott’s for-cause challenge.

“Just to note, it’s something I usually express with my husband, that there’s always multiple sides to a story, and I’m a fact-based person, so I could tell you that I will give it my very best, should I end up being on the jury, to do that,” Juror 40 said in court documents. “I just wanted to point this out to you, in case, in how you make your determination, that’s a factor, you know. I’m an emotional being, like all of us, so it’s just — the potential is there.”

Appellate judges now say the court made a mistake under relevant case law.  It was not enough that the woman said during jury selection that “I could try” to reach a verdict based on the evidence, the appellate court ruled; the judges found juror 40’s statements to be equivocal and not enough to address concerns about bias.

“After her clear, repeated expressions of actual bias as to the precise nature of the allegations at the heart of this trial and evidence which would be introduced, we cannot conclude that juror 40 was sufficiently rehabilitated such that Talbott was provided a fair and impartial jury,” Judge Hazelrigg wrote.

This case is not yet over, however.

“We’re disappointed as an office to say the least, and I’m sure the family is similarly devastated,” Snohomish County Prosecuting Attorney Adam Cornell said, according to Seattle ABC affiliate KOMO. “The fact that the trial court did not dismiss that juror for cause, impacted Mr. Talbott’s right to a fair trial and here we are.”

For prosecutors, the next step is to decide whether appeal to appeal the appellate judgment to the state supreme court. They will re-try Talbott if the justices of the state’s highest court don’t pick up the case.

“It may have been justice delayed, but not justice denied for Tanya and Jay,” Tanya’s brother John Van Cuylenborg said after the trial, according to KOMO. “Relieved to have the trial over, we’ve dreaded it for a long time, it’s a tough process.

Talbott maintained his innocence at his July 24, 2019 sentencing for two counts of aggravated murder in the first degree.

“The level of violence in this is something that I can’t even comprehend,” he told the court, according to the CBC. “I’ve gone all my life as a very passive person, never raising my hand towards anyone. I rarely even get angry.”

But his two sisters and his father reportedly told cops he was a deeply abusive, hostile person growing up.

For example, sister Ignoa Routh said her brother sexually assaulted her when she was 11, according to the CBC’s report.

In another incident, her brother once beat her up, breaking her tailbone over the volume on a radio in her bedroom. He was 17 and she was 15, she said. She had to go to the hospital.

“I was trying to change my clothes and I locked the door and he smashed the door down just to run the radio up,” she said.

“He kicked me a few times with boots on, and I ended up calling the police,” she said. “You know . . . he felt like life owed him something.”

She recalled a pushing incident between her then-11-year-old brother and her father, who had been disabled from a motorcycle accident.

The father, William Earl Talbott Sr., said he and his late wife Patricia got his son and daughters counseling over the young William Talbott’s outbursts. It did not appear to help. In the father’s account, the son, then 16, said he planned on running his father over with a car as soon as he obtained his driver’s license.

“He was gonna show me when he was 16 and gonna run me over so I said . . . you won’t get your driver’s license ’till you can get it yourself,” the older man said, again per the CBC’s report.

Talbott II had been estranged from the family for almost 20 years, Grail told the cops. He froze them out and refused to return phone calls or emails.  He even refused to answer invitations to weddings and to a school graduation, according to her account.  He did not even show up to his mother’s funeral.

According to prison records, Talbott remains incarcerated at the Washington State Penitentiary.

[Image via video screenshot from The Associated Press.]