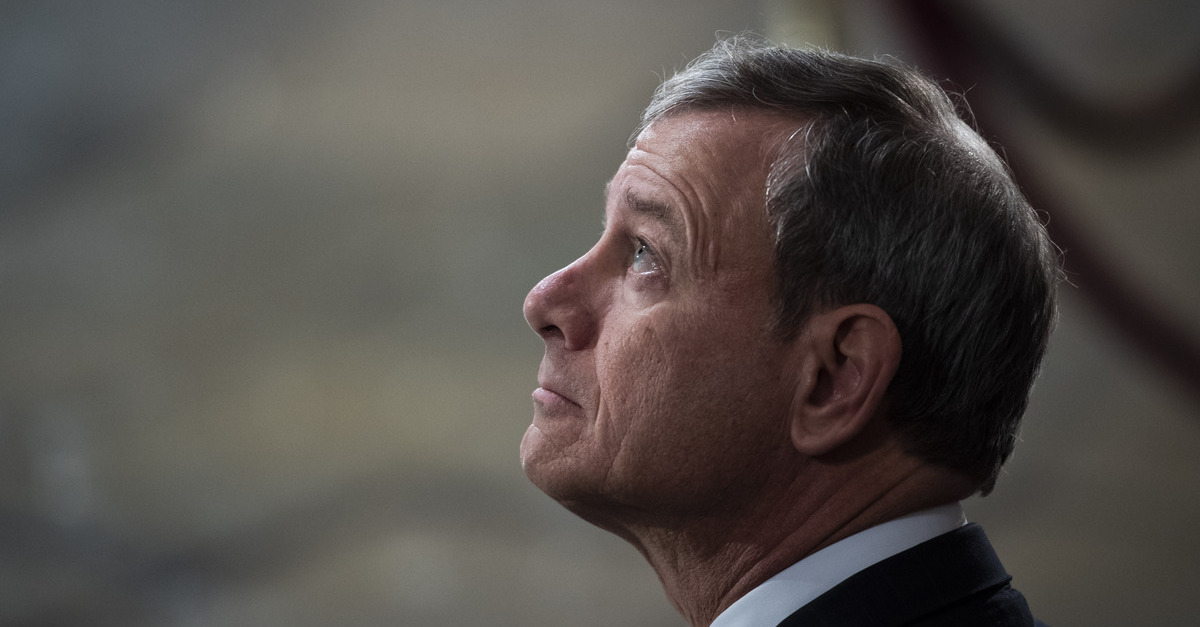 The Trump administration’s asylum ban is the administrative rule of the land for now. But the ban may not be long for this earth.

On Wednesday, the U.S. Supreme Court struck down a nationwide injunction against the ban which had previously been issued by a district court judge with the Northern District California. Wednesday’s ruling will allow the Trump administration to enact the ban for at least as long as it takes for the legal merits of the lawsuit against the ban to make their way back to the Supreme Court.

Justice Sonia Sotomayor registered a characteristically scathing and human rights-focused dissent of the high court’s decision to give Trump’s asylum ban several months worth of staying power. She was joined in her dissent by Justice Ruth Bader Ginsburg.

Buried amidst norm-focused jabs at the White House for its well-documented and legally unimportant evisceration of precedent–as well as genuine and voluble concern for asylum-seekers–Sotomayor’s dissent contains a few key sentences which offer a roadmap for how opponents of the ban might very well up overturning the harsh rule.

“[T]he District Court found the explanation for the rule so poorly reasoned that the Government’s action was likely arbitrary and capricious,” Sotomayor notes–using the legal standard relevant here.

On this score, the District Court addressed the Government’s principal justifications for the rule: that failing to seek asylum while fleeing through more than one country “raises questions about the validity and urgency” of the asylum seeker’s claim, and that Mexico, the last port of entry before the United States, offers a feasible alternative for persons seeking protection from persecution. The District Court examined the evidence in the administrative record and explained why it flatly refuted the Government’s assumptions.  A “mountain of evidence points one way,” the District Court observed, yet the Government “went the other—with no explanation.”

What’s going on here is two-fold: (1) Sotomayor and the district court quickly address the aspect of the ban which requires that asylum seekers first be rejected for asylum in a country passed through on their way to the United States; and (2) also note how the Trump administration simply ignored all of the evidence as to why previous applications and rejections were, in effect, an impossibility.

In other words, the Trump administration says that Latin Americans who don’t first apply for asylum in Guatemala or Mexico are arguably not making valid and urgent claims for asylum in the United States. There’s no evidence to support this conclusion–in fact all of the evidence marshaled thus far rubbishes this conclusion–but the Trump administration is sticking to their legal argument because the words “valid” and “urgent” seem to be functioning as legal terms of art recognized in America’s international asylum law obligations under the Convention Relating to the Status of Refugees.

Basically, Trump’s lawyers believe that by using the magic words here–a phrase that tracks with asylum standards under international law–they can dispense with the heavy lifting of arguing their point with evidence; that they can simply drop the incantatory phrase into their court briefings and be done with it. That’s probably not the case.

That’s typically not the case in general–but, most importantly, it’s almost certainly not the case considering the specific Chief Justice of the Supreme Court at present: John Roberts.

Roberts turned heads earlier this summer when he effectively voted against the inclusion of a citizenship question on the U.S. Census. The actual decision–including Roberts’ opinion–is a bit more complicated than that but the ruling had the effect of killing the administration’s plans for including the question on the 2020 Census.

What was Roberts’ justification for affirming the lower court’s injunction? The “arbitrary and capricious” standard culled from the Administrative Procedure Act (APA) of 1946.

Under the APA, arbitrary and capricious decisions by administrative agencies are invalid. The standard itself is actually a test but its application is typically a foregone conclusion. In any event, Roberts noted that the Trump administration’s reasoning for including the citizenship question “appears to have been contrived” and was therefore pretextual.

Considering the facts at issue here, it’s perhaps plausible enough to see Roberts waiting to hear the full case on its merits before performing a considered volte-face once again. (The chief justice had initially sided with the court’s conservatives on the census question but switched at the last minute in favor of the long-distance punt.)

This line of thought was first noted in a column and series of tweets by The Washington Post‘s Greg Sargent who earlier made the case that a similar fount of “bad faith is at work” with Trump’s decision to effectively ban asylum Latin American seekers looking for refuge from the unchecked violence, turmoil and economic impoverishment caused by U.S. policy in Latin America.

And, advocates arguing against the ban would be well-suited to press “bad faith” and pretext angles in order to force application of the arbitrary and capricious standard. In fact, they already are.

Among other reasons, the Rule is arbitrary and capricious because, in adopting it, Defendants have failed to articulate a reasoned explanation for their decision, which represents a change in the agency’s longstanding policy; considered factors that Congress did not intend to be considered; entirely failed to consider important aspects of the problem; and offered explanations for their decision that run counter to the evidence before the agency.