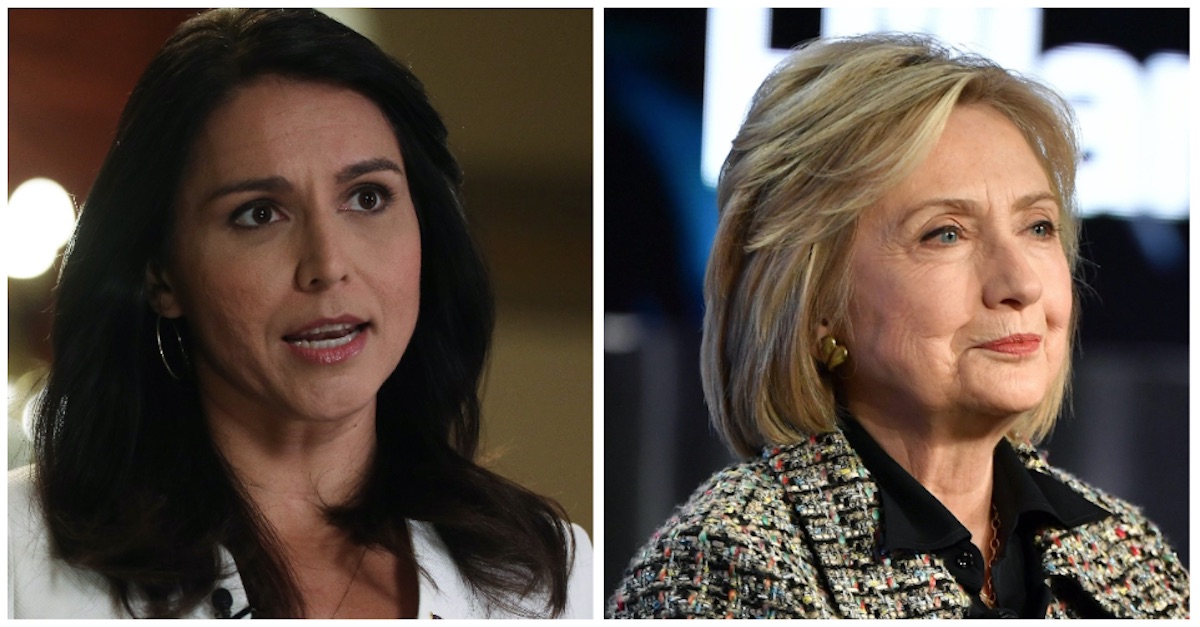 The 14-page defamation complaint in Tulsi Gabbard and Tulsi Now, Inc. v. Hillary Rodham Clinton dropped some bombs early on, like this one: Gabbard is running for president, Clinton isn’t and never won the presidency.

Tulsi Gabbard is running for President of the United States, a position Clinton has long coveted, but has not been able to attain. In October 2019—whether out of personal animus, political enmity, or fear of real change within a political party Clinton and her allies have long dominated—Clinton lied about her perceived rival Tulsi Gabbard. She did so publicly, unambiguously, and with obvious malicious intent. Tulsi has been harmed by Clinton’s lies—and American democracy has suffered as well. With this action, Tulsi seeks to hold Clinton, and the political elites who enable her, accountable for distorting the truth in the middle of a critical Presidential election.

Then there was this jab:

Rather than facts or reliable evidence, Clinton’s basis for the Defamatory Statements was one or both of: (a) her own imagination; or (b) extremely dubious conspiracy theories that any reasonable person (and especially Clinton, a former United States Senator and Secretary of State) would know to be fanciful, wholly unverified, and inherently and objectively unreliable.

The controversy goes back to Oct. 2019, when Clinton said “I’m not making any predictions, but I think they’ve got their eye on somebody”–Gabbard–“who’s currently in the Democratic primary and they’re grooming her to be the third-party candidate.”

“She’s the favorite of the Russians,” Clinton continued. “They have a bunch of sites and bots and other ways of supporting her so far and that’s assuming Jill Stein will give it up because she’s also a Russian asset.”

Gabbard responded by calling Clinton the “queen of warmongers.”

They didn’t get that, so here we are.

Gabbard is seeking compensatory damages and an injunction “prohibiting the publication or republication of the Defamatory Statements.”

“Scientifically conducted opinion surveys have shown that Clinton’s false, malicious statements about Tulsi were accepted as true by millions of Americans, including large numbers of voters in battleground Presidential primary states,” the lawsuit said. “In short, Clinton got exactly what she wanted by lying about Tulsi—she harmed her political and personal rival’s reputation and ongoing Presidential campaign, and started a damaging whisper campaign based on baseless, but vicious, untruths.”

Gabbard complaint by Law&Crime on Scribd