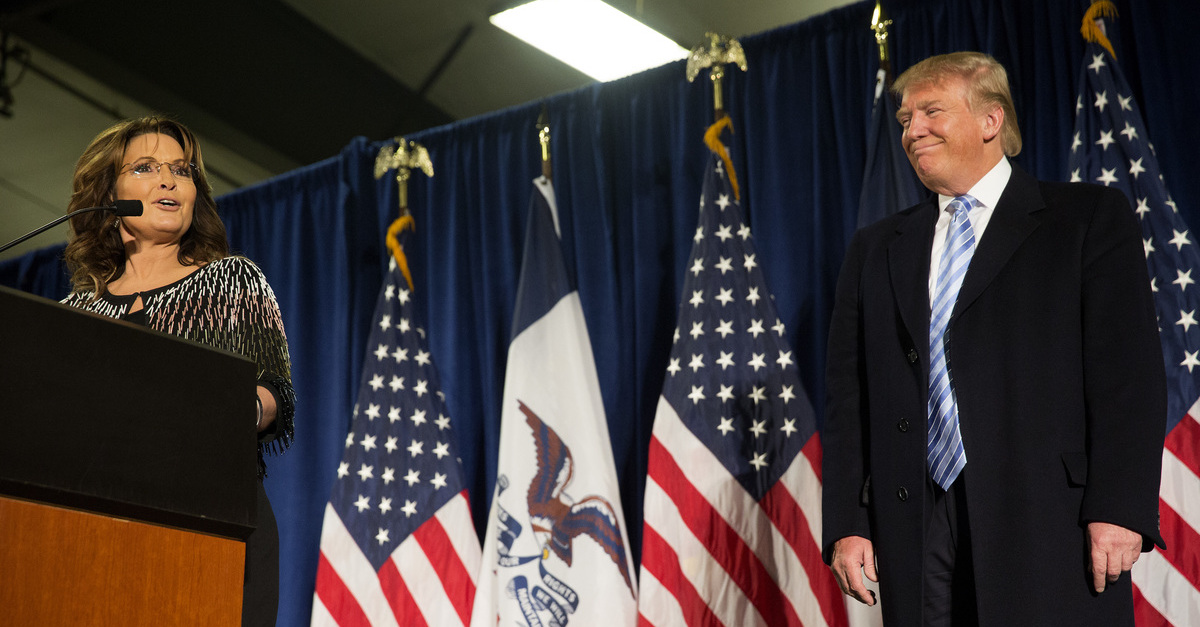 The Trump 2020 campaign organization hopes a recent court victory for Sarah Palin might augur well for their own lawsuit CNN.

In a Monday submission with the U.S. District Court for the Northern District of Georgia, Donald J. Trump For President, Inc. argued against CNN’s motion to dismiss the controversial defamation lawsuit which was originally filed in early March of this year.

“This is a straightforward defamation case,” the filing begins before detailing the heart of the complaint.

In June 2019, CNN published an opinion column written by former general counsel of the Federal Election Commission Larry Noble with the following line at issue: “The Trump campaign assessed the potential risks and benefits of again seeking Russia’s help in 2020 and has decided to leave that option on the table.”

“This was and is completely false,” the filing continues–citing most of the sentence, “the Campaign has done, and is doing, no such thing.”

Trump campaign attorney David Hopkins argues that CNN’s publication of Noble’s allegation was both factually inaccurate and defamatory. Facts are, however, doubly key here. Per the lawsuit [emphasis in original]:

Despite CNN’s attempts to dress this up as a matter of “opinion,” this is a factual issue, not one of opinion. Either the Campaign did, or did not, weigh the costs and benefits of seeking Russian assistance in the election and decide to leave the option “on the table.” Any reasonable reader would construe this as a factual claim, not a matter of opinion, despite CNN’s attempt to label the piece as a whole as an “opinion.” Under controlling case law, the label “opinion” is not dispositive, if a publication makes factual claims.

CNN’s leading argument in their motion to dismiss filed earlier this month is that the op-ed is “political commentary” which addresses the 2020 election–and leans heavily into the fact that it is labeled as “opinion” and filed under the “opinion” portion of their website.

Palin’s defamation lawsuit was initially dismissed by a district court in 2017. A three-judge panel on the Second Circuit Court of Appeals revived her claim on procedural grounds. Palin had, the court found, sufficiently pleaded all the required elements of a defamation claim.

Because Palin is a public figure, defamation standards are necessarily higher. In order to win her lawsuit, and to defeat a motion to dismiss, she would have to produce some evidence supporting the assertion that the Times acted with “actual malice” when publishing the allegedly defamatory statement–a legal term of art. The U.S. Supreme Court defined that standard as “knowledge that it was false or with reckless disregard of whether it was false or not” in the landmark case of New York Times v. Sullivan.

CNN’s motion to dismiss, among other issues, must show that the Trump campaign has not produced enough evidence to support a defamation claim. Their latest motion specifically alleges an actual malice-deficiency, arguing that Trump’s campaign “cannot plausibly allege CNN published the Op-Ed with” actual malice.

In that case, former Alaska governor Sarah Palin sued the publisher of the New York Times for defamation, for a false statement in an opinion piece that her campaign mailer contributed to the shooting of Congresswoman Gabrielle Giffords. Palin is very similar to the case at bar, and ruled that the complaint adequately stated a cause of action for libel, including actual malice, and reversed the district court’s order granting a Rule 12(b)(6) motion to dismiss. The complaint in Palin, like here, alleged that actual malice could be proven by, among other things, the New York Times’ prior stories which showed that it was aware of the true facts, but published the false facts in the piece at issue, in reckless disregard for the truth.

“While not considering this dispositive, Palin also held relevant the plaintiff’s allegations that the Times had been biased against her,” the filing continued.

The Trump 2020 campaign is hinging the lawsuit, at least for the moment, on the similar sets of facts in both cases–and because of evidence showing CNN is biased against the 45th president.

Per the campaign, Trump “indicated a potential willingness to passively accept information from Norway about the 2020 campaign” during an interview with ABC’s George Stephanopoulos. Per CNN, Trump said “he would accept information about a rival presidential candidate from foreign sources and does not consider accepting such information to be ‘interference’ in a domestic election.”

The campaign argued that’s not enough to defeat actual malice pleading “because that is a completely different claim than the statements at issue claiming that the Campaign first assessed and then made a decision to keep open the option of affirmatively seeking Russian assistance in the 2020 election.”

Notably, a win here for the Trump campaign, while not entirely unlikely, would not equate to a full victory–it would simply move the lawsuit forward and make it much more likely that a jury would assess the defamation allegation on the merits.