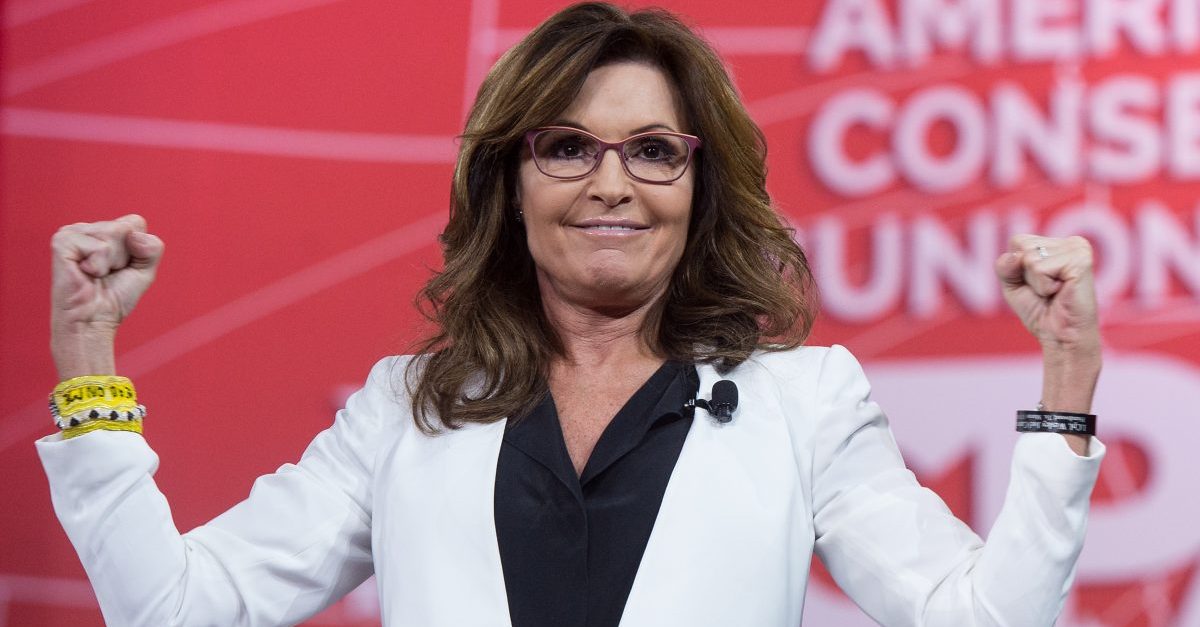 A federal court in Manhattan on Tuesday reinstated Sarah Palin’s defamation lawsuit against the New York Times, overturning a district court’s ruling which dismissed her claim in 2017. The three-judge panel ruled that the lower court was wrong to use an “unusual process” in determining the validity of Palin’s claim, vacating the decision and sending the case back to the District Court for discovery.

“This case is ultimately about the First Amendment, but the subject matter implicated in this appeal is far less dramatic: rules of procedure and pleading standards,” Circuit Judge John M. Walker wrote.

READ the appeals court’s opinion and the original Palin complaint below.

In 2017, United States District Court Judge Jed S. Rakoff held an evidentiary hearing to determine whether Palin’s complaint against the Times properly alleged all the required elements of a defamation claim. Rakoff then relied on the evidence adduced at that hearing to dismiss Palin’s complaint under the Federal Rules of Procedure 12(b)(6), meaning Palin failed to state a claim upon which relief can legally be granted.

“Nowhere is political journalism so free, so robust, or perhaps so rowdy as in the United States,” Rakoff wrote in the ruling. “In the exercise of that freedom, mistakes will be made, some of which will be hurtful to others.”

However, according to the Second Circuit’s ruling Tuesday, Rakoff’s reliance on any facts outside of Palin’s original complaint was improper and grounds for reinstating Palin’s claim.

“We find that the district court erred in relying on facts outside the pleadings to dismiss the complaint. We further conclude that Palin’s Proposed Amended Complaint plausibly states a claim for defamation and may proceed to full discovery.”

Palin initially filed her lawsuit against the New York Times in June of 2017 based on an editorial published by the newspaper immediately after a gunman in Northern Virginia opened fire at a practice for a congressional baseball game wounding four people, including Rep. Steve Scalise. Palin alleged that the editorial published that night, titled “America’s Lethal Politics,” falsely linked her “political incitement” to a  2011 mass shooting in Arizona where Jared Loughner killed six people and US Rep. Gabrielle Giffords was severely injured. Shortly before the Arizona attack, Palin’s political action committee (SarahPAC) had put out an ad that superimposed an image of crosshairs targeting Democratic congressional districts, including Giffords’ district, leading some to speculate that the shooting was connected to the crosshairs.

However, as Tuesday’s Second Circuit ruling noted, no correlation was ever established:  “No evidence ever emerged to establish that link; in fact, the criminal investigation of Loughner indicated that his animosity towards Representative Giffords had arisen before SarahPAC published the map.”

While the court was mindful of recognizing First Amendment protections for news outlets, Judge Walker noted that at early stages of litigation it is also important for the District Court to properly evaluate a plaintiff’s complaint.

“We conclude by recognizing that First Amendment protections are essential to provide ‘breathing space’ for freedom of expression. But, at this stage, our concern is with how district courts evaluate pleadings. Nothing in this opinion should therefore be construed to cast doubt on the First Amendment’s crucial constitutional protections. Indeed, this protection is precisely why Palin’s evidentiary burden at trial—to show by clear and convincing evidence that Bennet acted with actual malice—is high. At the pleading stage, however, Palin’s only obstacle is the plausibility standard of Twombly and Iqbal. She has cleared that hurdle. Naturally, we take no position on the merits of Palin’s claim.”

“We are disappointed in the decision and intend to continue to defend the action vigorously,” a New York Times spokeswoman said Tuesday.

The case will now be remanded back to the District Court and will proceed to discovery.