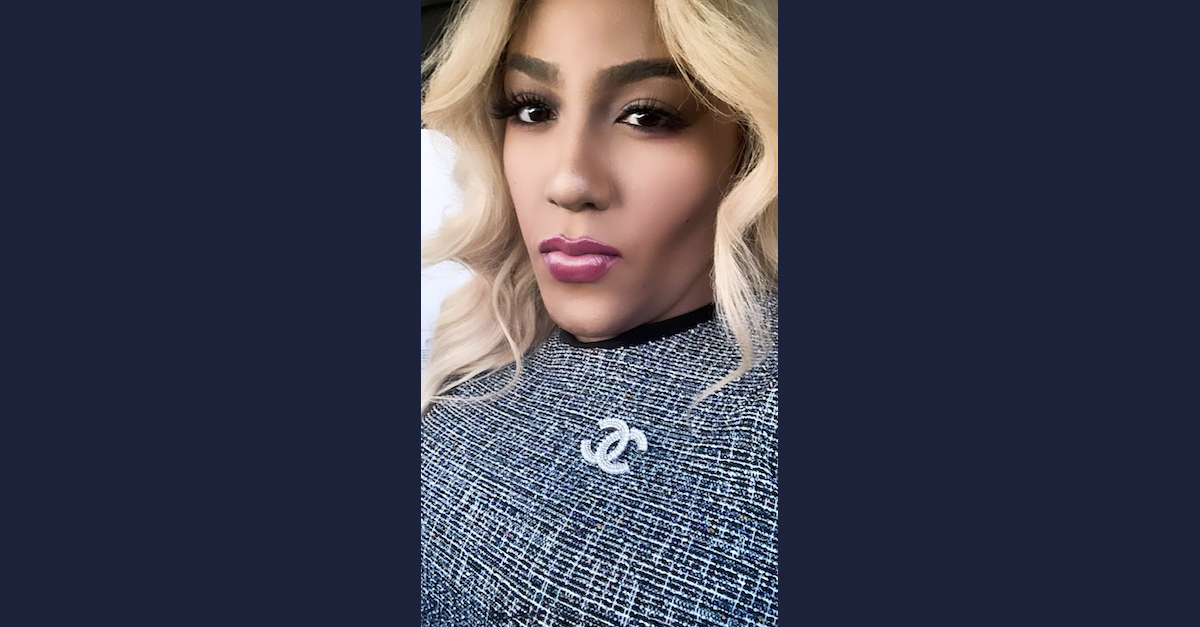 A transgender woman in Georgia has filed a federal civil rights lawsuit against a Chick-fil-A franchise in downtown Decatur. The lawsuit alleges sexual harassment, discrimination, and retaliation.

Erin Taylor is suing under her deadname Aaron White because she has yet to legally change her name. She filed a lawsuit against the fast food restaurant location in question in late June of this year.

The 15-page filing seeks various damages and attorney’s fees as well as reinstatement to her former position as director of operations or “front pay in lieu thereof.” The latter option would account for the lost wages she might have earned since being fired in November 2021.

According to Taylor, she began working for the popular chicken-focused eatery in August 2021 and “immediately began training” for the position she would hold at the franchise owned by Joe Engert.

But the work environment quickly soured, the lawsuit claims.

“On their first day of training, Plaintiff was immediately targeted by another employee by the name of Sammy Canady, a Team Member at this location,” the filing alleges. “Sammy would make the following comments to [Taylor] in front of several other employees and management at this Defendant location: ‘I would eat your ass and pussy’, ‘On God, I will fuck the shit out of you’, ‘I’ll buck that horse’, ‘I’ll ride that horse till it buck.'”

Talyor says she went to a shift manager at the location in order to complain about “the comments that had been made toward” her, according to the lawsuit. That shift manager, however, allegedly said “she did not feel comfortable addressing the situation and advised” Taylor to address her concerns with Engert.

Within a week of being hired, the lawsuit alleges, Taylor met with the franchise owner and the kitchen director, explaining during that meeting “that she is transgender” and “went forward in the conversation explaining what had been said to her” by the co-worker.

Taylor says it got even worse after that.

“The Franchise Owner responded by saying that it should be an honor that with Plaintiff being a transgender woman that someone liked her enough to hit on her,” the filing continues. “In addition to this, although the Franchise Owner said that he would look into the situation, he explained that if the harassment continued ‘they would have to focus more on the person claiming the harassment to see if there is an issue’ alluding to victim blaming.”

The lawsuit says that Engert and another director of operations had a meeting with the allegedly offending co-worker that same day – which then, according to the filing, deteriorated the work environment substantially further.

“After the meeting Sammy resumed taunting [Taylor], but this time with homophobic remarks in front of other team members and shift managers,” the lawsuit alleges. “The comments included: ‘I don’t fuck with that faggot ass n***a’, ‘On God, I’m not with that gay shit’, ‘Hell nah, I’ll beat that gay n***a ass.'” (Law&Crime is redacting the racial epithets.)

The 15-page complaint then alleges a harassment-filled workplace:

As word continued to spread about Plaintiff being transgender, other employees at the Defendant started taunting them with homophobic comments.

Several employees began to intentionally misgender Plaintiff and claimed that they had an odor due to her taking hormones to aid in their transition, when it was proven to be a faulty pipeline at the Defendant’s location.

Defendant did nothing to stop the harassment, and its actions of disclosing that Plaintiff is transgender escalated the harassment.

Sammy continued working at the same shift, at the same restaurant with Plaintiff and was never reprimanded for his actions toward Plaintiff….

One specific comment made by another co-worker to Plaintiff was, “Are you one of those,” in which Plaintiff had clarified that the co-worker was asking whether they are transgender, and continually purposely misgendering Plaintiff.

On top of that, Taylor alleges, the powers that be at the downtown Decatur Chick-fil-A “began to change” her training and she was “no longer being adequately” prepared for the director of operations position that she was hired to perform. When asked about why this was occurring, Taylor’s lawsuit says, “any inquiries as to the reason for this was ignored.”

Taylor’s lawsuit says she complained to the franchise owner about sexual harassment and sexual orientation discrimination in September 2021. Two months later, she was fired, the lawsuit says; the reason she was given for her termination, according to the filing, is that she “abruptly” left a shift.

“However, this is not true,” the filing says. “[Taylor] had been harassed by a Shift Lead and had been approved to leave the restaurant for that shift.”

A secondary reason cited for her termination was that Taylor had allegedly been late for a shift and been written up for that infraction. Again, the lawsuit alleges pretext.

“[Taylor] has identified at least two other Director of Operations employees who have been tardy for shifts, but have not been terminated,” the filing says. “These comparators do not identify as gay, lesbian, bisexual, or transgender. It is clear that [Taylor] treated less favorably due to her sexual orientation, supporting an inference of discrimination.”

Chick-fil-A did not immediately respond to Law&Crime’s request for comment.

Taylor’s attorneys provided a statement in an email.

“Erin went into this job with the reasonable expectation that her coworkers and managers would accept her as part of their team and work together to successfully operate the restaurant,” Morgan & Morgan attorneys Ryan Morgan and Jeremy Stephens said. “Ms. Taylor alleges that, instead of the ‘positive and productive place to work’ Chick-Fil-A says they strive for, she found a cesspool of hate and discrimination. Rather than address the alleged discriminatory and illegal work environment, the franchise owner allegedly piled on before eventually firing her. We are committed to seeking justice for Ms. Taylor and accountability for the horrifying treatment she suffered through and hope to ensure all Chick-Fil-A franchises never treat another employee this way again.”

The franchisee’s attorney provided the following email to Law&Crime after this story was initially published:

Seyfarth Shaw LLP is representing IJE Hospitality, LLC in this matter.  Our client, IJE Hospitality, has vigorous policies and procedures to prohibit harassment, discrimination, and retaliation and does not discriminate or harass, or tolerate discrimination or harassment, on the basis of any protected characteristic, including sex or gender identity.  IJE Hospitality is committed to creating and maintaining a workplace that is welcoming, inclusive, and values all people.  We are and will continue to defend against Aaron White’s claims in court.

Taylor’s full lawsuit is available below: