‘Elon Musk Is Not a Russian Oligarch’: Legal Expert Splashes Cold Water on Speculation That Billionaire Would Defy a Judgment for Twitter 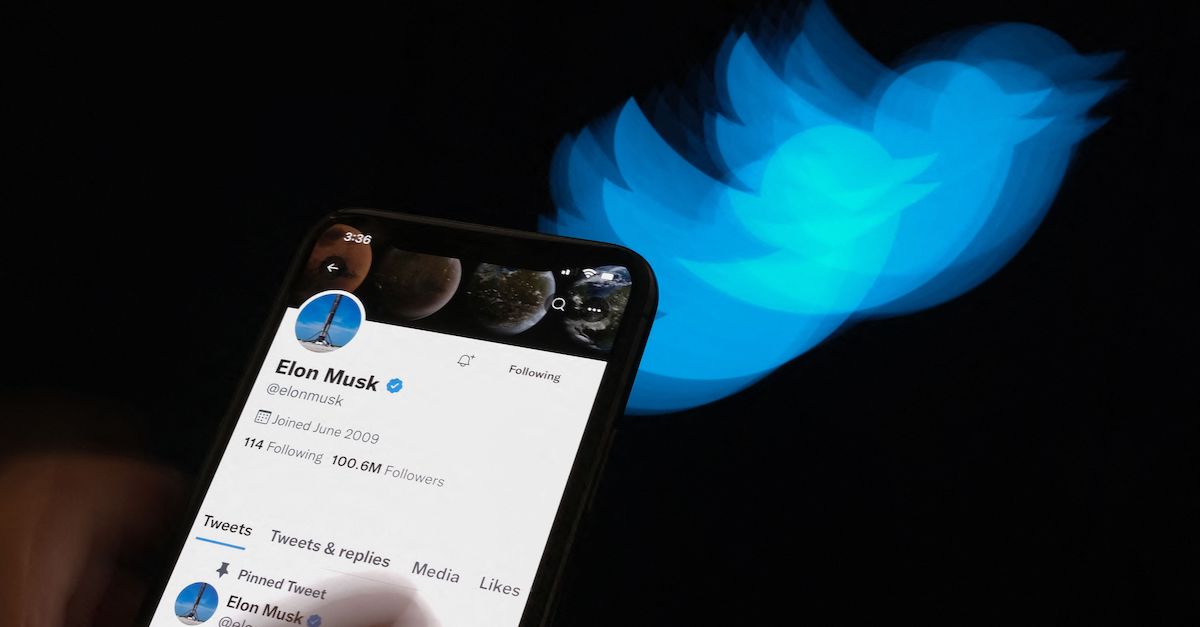 This illustration photo taken on July 8, 2022 shows Elon Musk’s Twitter page displayed on the screen of a smartphone with Twitter logo in the background in Los Angeles.

Following through on its legal threats, Twitter sued Elon Musk in Delaware in a lawsuit seeking to enforce their $44 billion deal, and some experts have envisioned a worst-case scenario that would put a vital court for American business on a collision course with the richest man in the world.

In the latest episode of Law&Crime’s podcast “Objections: with Adam Klasfeld,” attorney David Lurie — a trial lawyer and frequent legal commentator — rejects the thought experiment that Musk might defy a ruling against him.

If a chancellor orders Musk to complete the deal, Lurie predicts, the billionaire simply has too much on the line to thumb his nose at the court.

Lurie noted that the court’s judgment would be honored in Texas or California — or by banks.

Frequently described as mercurial, Musk has an unpredictable streak and a penchant for announcing business proposals on Twitter in a manner that the Securities and Exchange Commission has alleged manipulates markets. Twitter’s lawsuit scorches Musk for tweeting insults at the company — one time, in the form of a poop emoji — accusing them of misleading him about the percentage of accounts on the platform that are spam bots.

“Musk apparently believes that he — unlike every other party subject to Delaware contract law — is free to change his mind, trash the company, disrupt its operations, destroy stockholder value, and walk away,” the complaint against him states.

Musk’s attorney did not respond to Law&Crime’s email seeking comment, but Lurie believes that any argument that Twitter misled Musk will “land with a thud” in court.

“First of all, Elon Musk does not have a particularly cogent argument that he is entitled to this information, even though Twitter provided him with lots and lots of information,” Lurie noted. “When he complained several weeks ago, he entered into a contract without doing due diligence.”

The court will know that Musk clearly was on notice about his professed concerns about the bots because he frequently vocalized them, particularly on Twitter, Lurie added.

In the 1990s, Lurie worked at the law firm Wachtell, which had a battalion of nine lawyers on the signature line of Twitter’s lawsuit. Twitter did not exist at the time Lurie worked there, but he made one more disclosure of his indirect ties to litigation surrounding Musk. His former colleague, U.S. District Judge Lewis Liman, recently ruled against Musk in ordering him to remain under the Security and Exchange Commission’s oversight.

Since 2018, Musk has been under a consent decree for tweeting that he planned to take Tesla private for $420 per share and had “funding secure.” The billionaire, who smoked marijuana on the air of Joe Rogan’s podcast, chose a price tag associated with cannabis culture. Regulators called the claim false, and Musk has been at a low-grade war with the SEC ever since, crudely playing on their name in a way to suggest they should fellate him.

Bravado aside, Musk effectively complied with court orders in the SEC’s case, even if regulators have accused him of tweeting outside the guidelines of their agreement.

“I think he’s doing that, not because he likes the SEC,” Lurie said. “He clearly doesn’t like the SEC. He doesn’t like the idea that courts can tell him what to do. But he also doesn’t like the idea, I assume, of being kicked out of the management of the company that he currently runs: Tesla, and also being barred from being an officer or director of a public company, which is almost certainly what would have happened if he defied it.”

Now that Twitter’s lawsuit has been filed, Lurie expects the court to act with its characteristic efficiency — and that a case will be heard before a chancellor in a “matter of weeks.”

That some legal observers have envisioned a standoff pitting a billionaire with the Court of Chancery’s legitimacy, for Lurie, is a sign of the times.

“The fact that people are questioning whether the law whether a leading American businessperson will comply with the law, I think, is indicative of arc of our current national mood and institutions,” Lurie said. “I don’t think this is something that people would have been questioning, let’s say five years ago, ‘Will a leading businessperson who’s the largest shareholder and runs one of the most successful public companies in the country — will they comply with a court order?'”

Lurie believes that Musk might even be trying to cultivate this question strategically.

“This is a lawsuit against him personally for billions of dollars, and he’s tweeting insults,” Lurie noted. “Now, that is not something that will help him in the court. He’s got to know that if anything, it’s going to hurt him in the court.”

Opining that Musk may be using that sense of defiance “as a tool,” Lurie said: “I, for one, will be watching to see whether that turns out to be a smart or a stupid and how this turns out.”