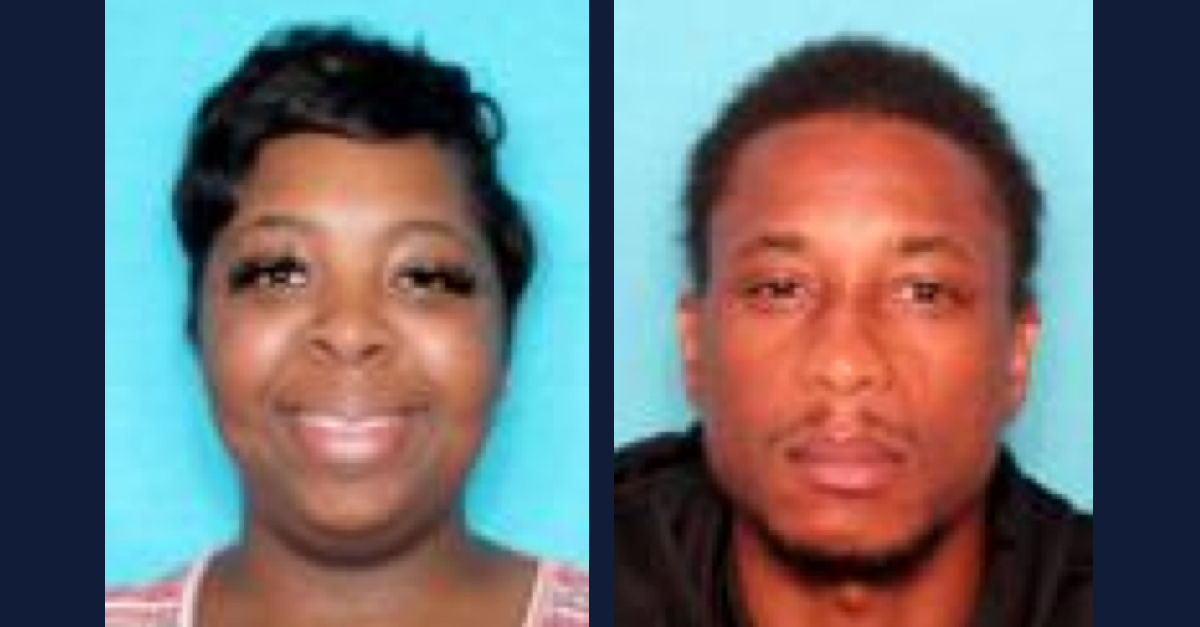 The mother of a 2-year-old boy who was reported missing on Tuesday and her live-in boyfriend may face the death penalty after the child was found dead and discarded in a trash can several hours after the report was filed, police say.

Maya Gwenlyn Jones, 28, and Jermaine Michael Robinson, 37, were taken into custody on Tuesday and charged with a spate of felonies, including one count each of first-degree murder and obstruction of justice in connection to the death of Ezekiel Harry.

According to a press release from the Houma Police Department, officers responded to a 911 call on Tuesday at around 12:00 p.m. in reference to the possible abduction of a 2-year-old boy who was allegedly taken near the 100 block of Mahler Street.

Investigators spoke with Jones, who allegedly said that she was walking along Bayou Terrebonne with her children when “a subject in a grey truck passed, grabbing her 2 year old and depart[ing] the area.” Investigators said that Ezekiel was last seen wearing burgundy shorts and a blue-and-white striped shirt with an orange dinosaur featured on the chest pocket.

Police investigating Ezekiel’s whereabouts were initially told that Jones left her home on Cadiere Street accompanied by Ezekiel and her three other children, all of whom are between the ages of five and 10. Investigators said that sometime after they arrived at a walking track in the area of Bayou Terrebonne and Mahler Street, Jones began going up to nearby homes and telling the residents that “her kid was abducted,” per the original press release from police.

However, police say the mother’s claim about Ezekiel being abducted off of the street was quickly proven to be false, leaving investigators suspicious of the motive for misleading police.

“Houma Police, through investigation immediately developed information that the report released by the mother was inaccurate,” the department wrote in the release, adding that investigators “suspect foul play may be involved.”

It was not immediately clear how police were able to ascertain that Jones’ story about Ezekiel being snatched by a person in a grey truck was not true. The department did not immediately respond to a message from Law&Crime seeking clarification and additional details in the case.

Several hours after Ezekiel was reported missing, officers with Houma Police found the boys body discarded inside of a trash can located on Daspit Street on the west side of Houma. At approximately 6 p.m., Jones allegedly led the officers to the trash can where she and Robinson had left the boy’s remains. Jones and Robinson were taken into custody a short while after the discovery of the child’s body. They are both being held without bond.

Houma Police Chief Dana Coleman reportedly told New Orleans CBS affiliate WWL-TV that surveillance footage obtained by investigators showed both Jones and Robinson walking near Cadiere Street carrying a duffel bag that police believe they stuffed Ezekiel’s body into before throwing it in the trash. Footage from a different camera reportedly shows the couple walking in the area a few hours later without the bag.

The owner of the home where Ezekiel’s body was found told WWL-TV that the whole incident was extremely shocking.

“I came outside to see and I seen a lady laying down on the ground beside the trash,” the woman, who did not want to be identified, reportedly told the station. “After that they [police] told me to go back in my house. I thought the lady was dead but after that, they came to explain that the lady said her baby was abducted, then after they interrogated her she told what happened and brought them to the trash can which was in front of my house. I’ve got babies myself. It was scary.”

Terrebonne Parish District Attorney Joseph Waitz reportedly told Baton Rouge ABC affiliate WBRZ-TV that the case had “rocked our community.” Waitz reportedly told the station that investigators had uncovered evidence of child abuse that “shocks the conscience” and added that it was “absolutely, potentially a death penalty case.”

Police emphasized that the investigation into Ezekiel’s death remains ongoing and encouraged anyone with information relevant to the case to contact Crime Stoppers Bayou Region by phone at 1-800-743-7433 or online at www.crimestoppersbr.org.