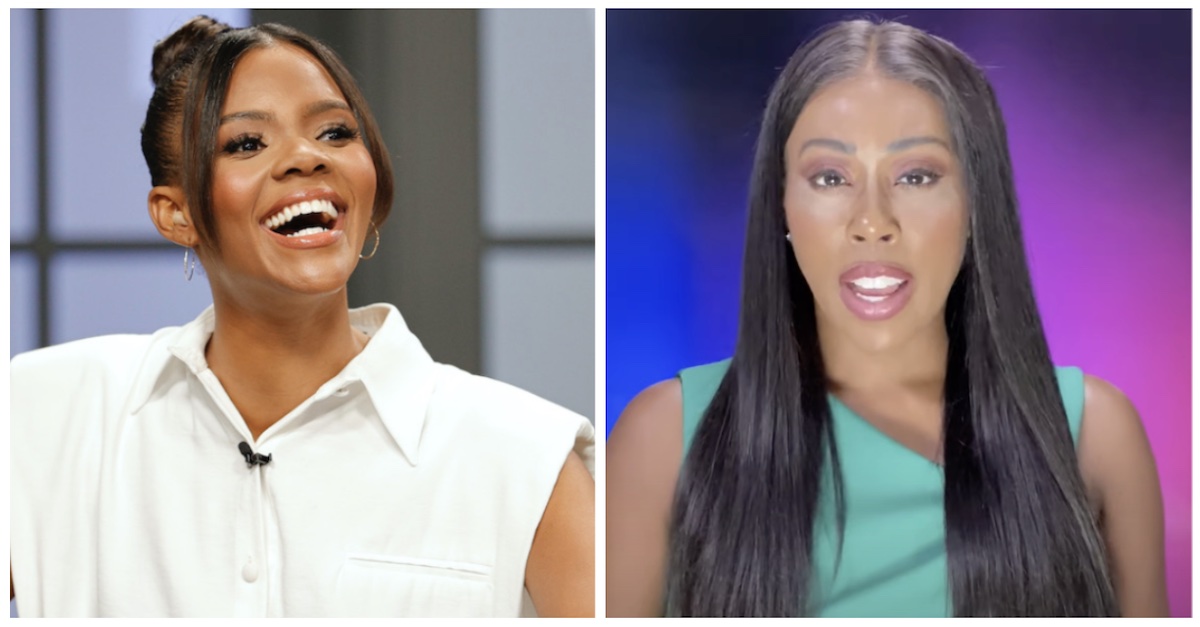 Pro-Trump social media pundit Candace Owens has been hit with a defamation lawsuit accusing her of engaging in a “petty Twitter feud” with a Maryland politician that escalated into “four-day defamatory smear campaign” of false criminal allegations.

Baltimore County Republican Central Committee member Kimberly Klacik claims that Owens styled fabrications about her as an “investigation,” released in the form a video sent out to millions of her followers on Facebook and Instagram.

“Specifically, [Owens] affirmatively accused Ms. Klacik of tax fraud, campaign fraud, money laundering, illegal drug use, and acting as a ‘madame.’ There was no truth to the allegations,” the complaint states.

“In making these allegations of criminal activity, [Owens] claimed to have received information from someone who ‘stripped with [Ms. Klacik]’ and who allegedly told [Owens] that Ms. Klacik used campaign funds to purchase cocaine and scammed people of millions,” the suit continues. “These caustic and made-up defamatory allegations are without factual support.”

Klacik’s lawyer Jacob S. Frenkel told Law&Crime that the details in her complaint speak for themselves.

“Baseless character assassination has no place in political dialogue,” Frankel wrote in an email. “The defendant chose to use her huge social media platform to attack a respected Baltimore political figure; we are using the proper forum – the power of the courts – to respond.”

Filed in July, but first reported by Fox Baltimore on Saturday, the lawsuit pits two of the most well-known Black female supporters of former President Donald Trump against each other. Owens is a hard-right social media figure whose sometimes inflammatory pronouncements have caused blowback for her before. For instance, a member of the Mollie Tibbetts‘s family rebuked Owens for using the high-profile murder case to vilify immigrants, generally.

Democrats don’t want you to see this.

They’re scared that I’m exposing what life is like in Democrat run cities.

That’s why I’m running for Congress
Because All Black Lives Matter
Baltimore Matters
And black people don’t have to vote Democrat
Help us win https://t.co/CSOjc9aQlS pic.twitter.com/XnEDTaDDIG

Now, Klacik claims her star is on the decline and that it is Owens’s fault.

“Ms. Klacik has lost and continues to lose financial opportunities, media appearances, and political support as a direct result of the Defendant’s malicious and wanton statements,” the lawsuit states. “Examples of such lost opportunities include the cancellation of a book deal, losing the sponsorship of a nationally-recognized media vendor, cancelled fundraisers, and lost support of previous political donors. Ms. Klacik and her family continue to be harassed daily, with Ms. Klacik specifically receiving harmful and degrading comments because of the defamatory claims made by the Defendant.”

The lawsuit alleges that the feud began over an argument about declaring Juneteenth a national holiday, an act by President Joe Biden that both Owens and Klacik opposed.

Owens used the occasion of the holiday to tweet: “Sometimes I wonder when (if ever) Black America will wake up to the psychological warfare and perpetual brainwash to believe everything is racist.”

Sometimes I wonder when (if ever) black America will wake up to the psychological warfare and perpetual brainwash to believe everything is racist.

Like when China starts talking about Black Lives Matter, how is it not obvious that we are political pawns? #JuneTeenth2021

Klacik says that she replied: “Believe it or not, many in ‘Black America’ are very aware the fight is about classism rather [than] racism. Unfortunately, the loudest mouths with the largest platforms represent the majority. This might come to a shock to you because of your lack of engagement with black people.”

Some four days later, the lawsuit claims, Owens “published a live video” for her millions of followers on Facebook and Instagram with the allegations that Klacik calls defamatory.