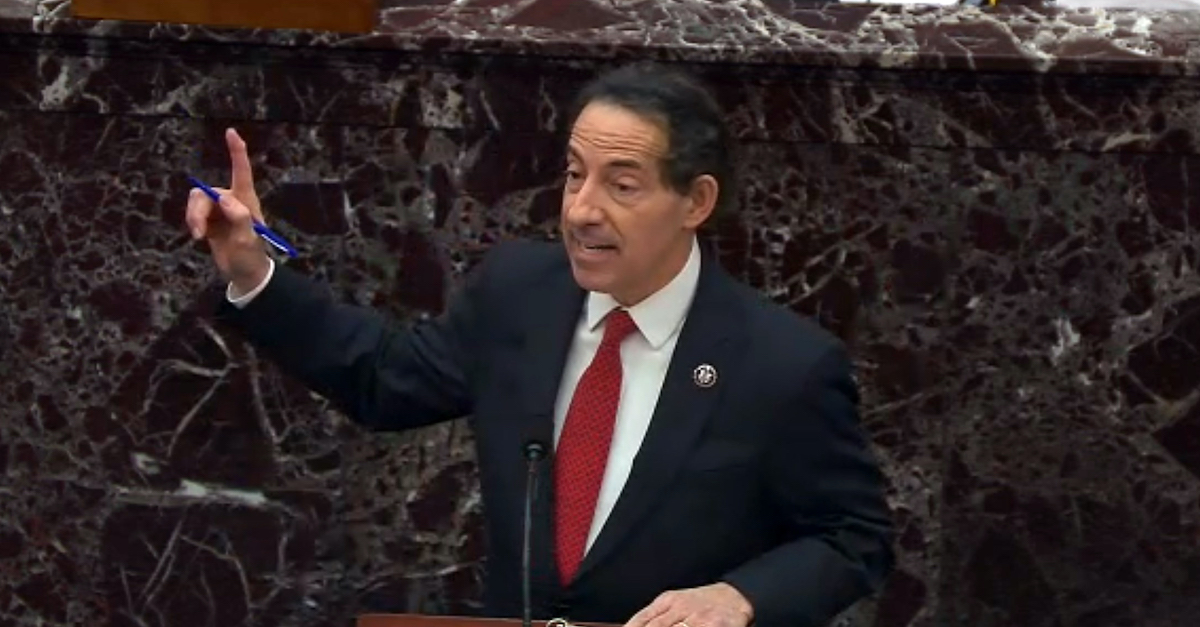 House Democrats on Monday threatened to take legal action against the cybersecurity firm behind the controversial audit of Maricopa County’s 2020 election results, accusing the firm of obstructing a congressional investigation by refusing to produce documents demanded by the committee last month.

The Florida-based firm, Cyber Ninjas, which is non-accredited and had never before performed an election audit, has been mocked and derided by critics for having severely “botched” its highly partisan forensic audit of the county’s 2.1 million votes. The firm is also led by CEO Doug Logan, a noted supporter of Donald Trump who earlier this year authored a document promulgating a series of conspiracy theories about the 2020 presidential election and falsely accused President Joe Biden of committing election fraud.

In a four-page letter to Logan, Chairwoman of the House Oversight Committee Rep. Carolyn B. Maloney (D-N.Y.) and Rep. Jamie Raskin (D-Md.) wrote that Cyber Ninjas had “raised a litany of unjustified objections” to the panel and advised Logan to “end your obstruction immediately and comply with the Committee’s requests.”

Congressional investigators had previously sent a letter to Logan on July 14, requesting documents and communications as part of the Committee’s investigation into the firm’s “highly unusual” audit. After being granted an extension, the firm was required to produce the documents by Aug. 9.

“Cyber Ninjas failed to produce key documents responsive to the Committee’s requests, including the company’s communications with former President Trump, his allies and advisors, and the partisan dark money groups that financed this audit. Cyber Ninjas also declined to produce communications related to the company’s engagement by the Arizona State Senate and the various conspiracy theories that reportedly have been considered by you and your company in connection with the 2020 election,” the letter stated, noting that the only documents included in the response were publicly available. “The Committee needs those and other documents we requested in order to determine whether any individuals or entities have exerted inappropriate influence over the audit and to determine the extent to which partisanship and conspiracy theories compromised the credibility of this audit, which are key issues in the Committee’s assessment of the need for various federal legislative reforms to protect the constitutionally guaranteed right to vote.”

The panel asserted that all of Cyber Ninjas’ proposed objections to their demands were “based on a fundamental misunderstanding of Congress’s authorities under the Constitution to regulate federal elections and protect Americans’ right to vote” and the branch’s authority “to conduct investigations related to these topics.”

The letter was sent as Cyber Ninjas was expected to file a draft of its report on the multi-month audit with the Arizona Senate. There appears to be a COVID-19 issue, however.

Raskin and Maloney said the panel’s investigation was “of surpassing importance to the American people” and gave the firm until Aug. 27 to produce the documents.

“If your company, which purports to be acting in a lawful manner pursuing the public interest, continues to obstruct the Committee’s investigation, the Committee will be forced to consider other steps to obtain compliance,” the letter stated.

As previously reported by Law&Crime, a five-member Board of Supervisors in Maricopa County—four of whom were Republicans—unanimously affirmed the results, outright rejecting the pro-Trump conspiracy theories in late November.

Cyber Ninjas has also attempted to shield its recount and inspection processes from public scrutiny, arguing in court that producing its training manuals and procedures would “compromise the security” of the audit and expose “protected trade secrets.” A state judge ruled against the firm in that case on Aug. 3.

[image via Congress.gov via Getty Images]