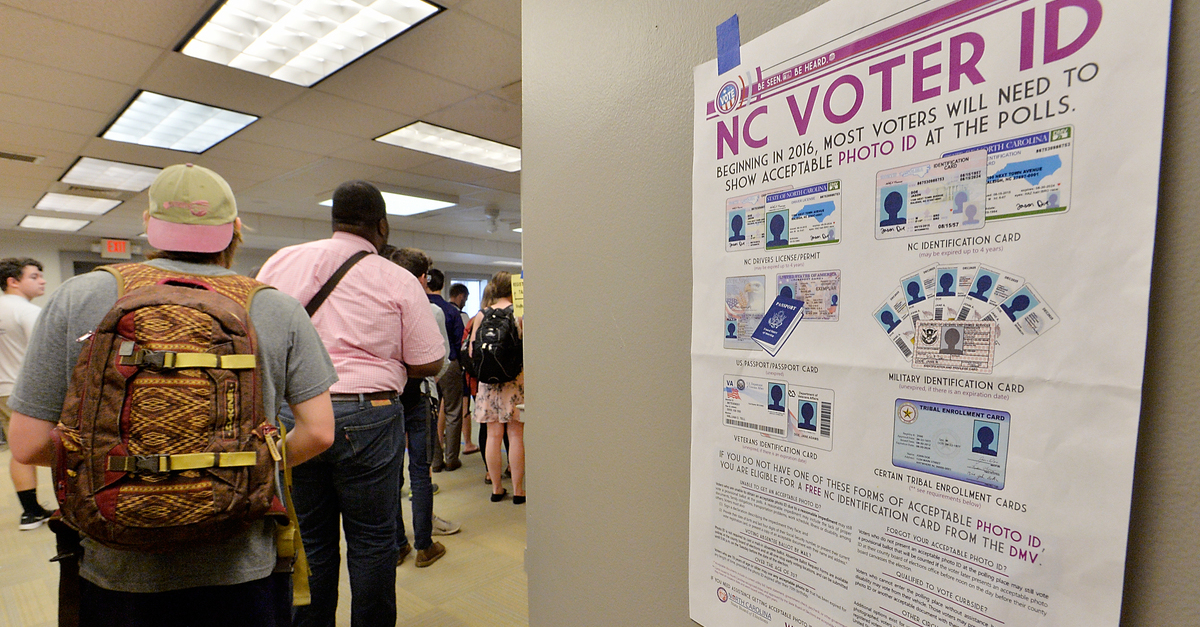 North Carolina State University students wait in line to vote in the primaries at Pullen Community Center on March 15, 2016 in Raleigh, North Carolina.

They sued the North Carolina State Board of Elections and six of its officials on Friday, in a lawsuit touted by the top of the party’s leadership in a press release.

“The NCSBE continues to undermine the democratic process with unlawful rulemaking and further restrict the rights of election observers, threatening the integrity of our elections,” RNC Chairwoman Ronna McDaniel wrote in a statement, who played a key role in disseminating former President Donald Trump’s false claims of fraud after the 2020 election.

McDaniel later led efforts to censure Republican Reps. Liz Cheney of Wyoming and Adam Kinzinger of Illinois. The censure characterized the Jan. 6 attack on the U.S. Capitol as “legitimate political discourse,” but McDaniel insisted that the phrase meant to refer to non-violent activists who organized the rally that preceded the riot.

Her latest statement characterizes the lawsuit as a modest bid for transparency and rule-following.

“This lawsuit is the latest development in the RNC and NCGOP’s ongoing fight to preserve transparency in North Carolina elections and stop unelected bureaucrats from rewriting the law in the Tar Heel State,” McDaniel wrote.

According to the lawsuit, North Carolina election officials wrongly adopted an administrative rule imposing a “four-hour, one observer restrictions to at-large observers in addition to voting place-specific observers.”

“It is not enough for observers to watch an election unfold from a remote distance,” the lawsuit states. “If observers are restricted from actually seeing or hearing important aspects of the election administration process, then they can be left with doubts and cannot attest to accuracy. Thus, the purposes of election observation are defeated by restrictions that prevent meaningful observation and discernment.”

According to North Carolina law, absentee mail-in ballots must be received by county boards of elections “not later than three days after the election by 5:00 p.m.,” unless “[f]ederal law so requires.”

With the 2022 general election falling on Nov. 8, that third day is Nov. 11, 2022, which falls this year on Veterans Day. In recognition of the holiday, NCSBE Executive Director Karen Brinson Bell, a co-defendant in the lawsuit, extended the deadline to the following Monday, Nov. 14.

The lawsuit calls that action a “unilateral, unlawful extension of the statutory deadline.”

“Moreover, this sudden change usurps the North Carolina General Assembly’s authority to regulate ‘[t]he Times, Places, and Manner of holding Elections for Senators and Representatives’ under the U.S. Constitution,” the complaint states.

GOP officials have touted a legal theory that would hand state legislatures the sole power on how to conduct elections. Earlier this year, the Supreme Court agreed to hear a case testing this so-called independent state legislatures theory: Moore v. Harper, another North Carolina case over partisan gerrymandering.