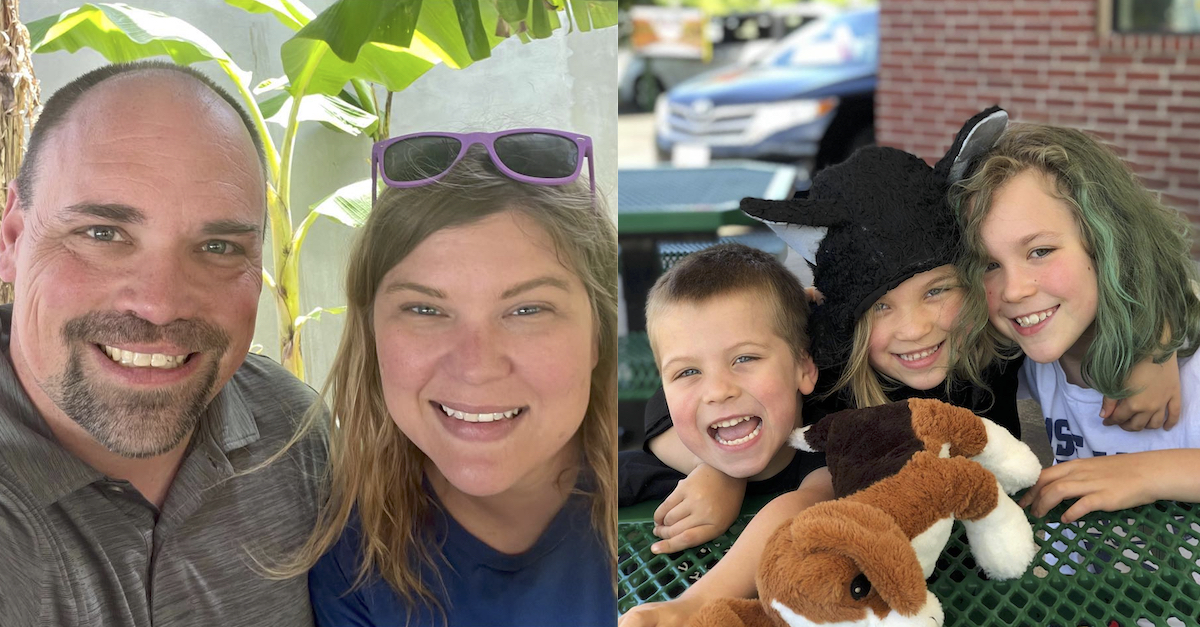 The identities of five family members who died in their own Maryland home as the result of a tragic murder-suicide massacre last week were released by law enforcement on Monday.

As Law&Crime previously reported, three children and two adults died in the rampage of violence in the house last Friday on Hebron Court in Cecil County, Md., with each person apparently dead from gunshot wounds.

The children were originally identified as fifth, seventh, and eighth grade students who were homeschooled.

The local medical examiner conducted autopsies on the Milligan family and confirmed that each of the five died from gunfire.

Details regarding the sad and macabre scene that sheriff’s deputies happened upon last Friday, however, are still quite scarce.

A terse 911 call was made by a man at 9:19 a.m. on the morning in question, Cecil County Sheriff Scott Adams said during a press conference on Sept. 9, 2022. That caller said a woman and three children were dead. Another official said the caller did not sound upset; Adams added that such a lack of emotion was “typical” under the circumstances.

“They can be almost catatonic,” the sheriff said.

Law enforcement arrived exactly 10 minutes after that and first found a deceased man in the “detached garage” of the house.

The rest of the family was found, deceased, in various rooms and both floors of the two-story home. No signs of a struggle were present. At the scene of the crime, a semi-automatic handgun was found near the body of Marcus Milligan, the sheriff’s office noted.

Questions from local members of the press about a motive were met with a wait-and-see approach after the gruesome incident. The CCSO has not offered an update on the potential motivation for the slayings as of this writing. The investigation is said to be ongoing.

A search-and-seizure warrant was executed at the residence, located on a cul-de-sac in a residential area of a semi-rural and partially-wooded part of the state roughly 60 miles north-northeast of Baltimore.

While officials were initially loath to classify the violence as a murder-suicide, the CCSO reportedly said the incident was now being investigated as such, according to a Monday report by CBS News.

Law&Crime reached out to the CCSO for additional details and comment on this story but no response was immediately forthcoming at the time of publication.

“Our thoughts and prayers are with all of those impacted,” the sheriff’s office said in a Facebook post announcing that a typical social media tradition was being postponed in the wake of the apparent quadruple murder-suicide.

Cecil County animal control officers responded to the scene and took custody of one dog and two cats.

Video of the scene from local media showed several law enforcement vehicles outside – and a dog being led away.