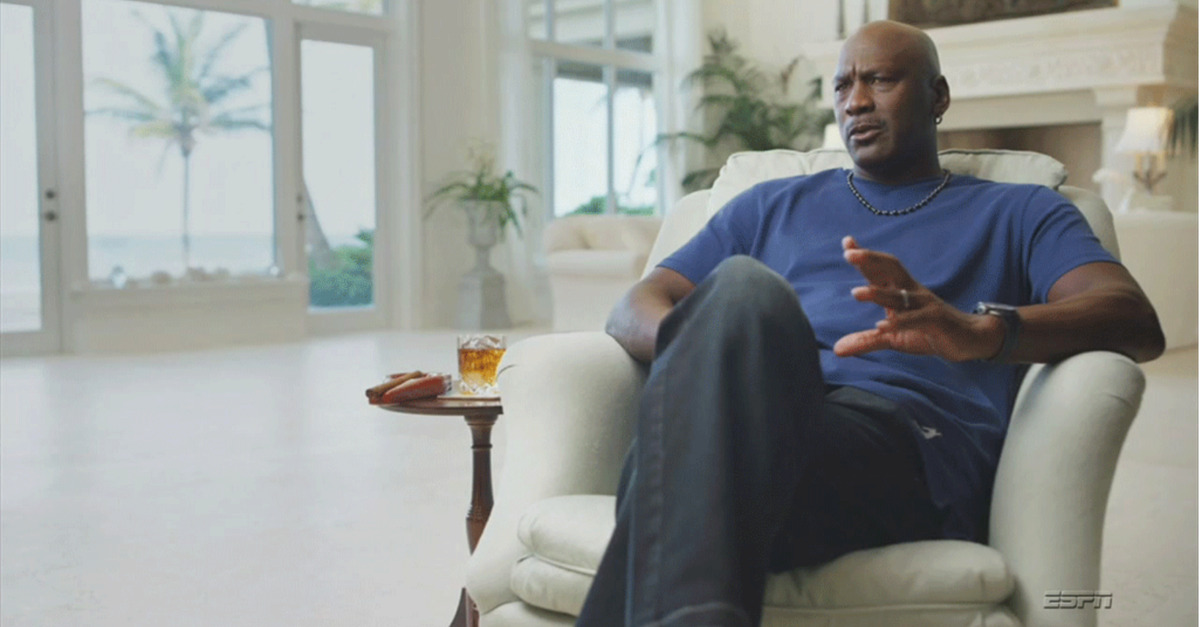 Michael Jordan on “The Last Dance”

Michael Jordan‘s tequila company is being sued after allegedly using a photographer’s work without her consent.

“We put the defendants on notice of our client’s claims, but they were unwilling to change their conduct or compensate our client for the use of her images, which are her property,” attorney James L. Greeley told Law&Crime. “We will hold them accountable.”

Anaïs Ganouna is a photographer based in Los Angeles. She’s suing Jordan-owned Cincoro Spirits, which manufactures Cincoro Tequila, for copyright infringement, civil conspiracy and unfair competition after her photos were used in a highly successful advertising campaign by the brand that launched in fall 2019.

“Michael Jordan is the biggest household name of the tequila company, which has a small-batch production in Mexico, but he’s only part of it, FanBuzz notes. “Fellow NBA owners Jeanie Buss (Los Angeles Lakers), Wes Edens (Milwaukee Bucks), and Wyc Grousbeck and Emilia Fazzalari (Boston Celtics) also own the company.”

The $1,600-per-bottle company’s name is a Spanish portmanteau derived from the number of owners and the idea that their booze is the gold standard.

Law&Crime reached out to Cincoro for comment on this story but no response was forthcoming at the time of publication.

According to the complaint first obtained by Law&Crime, Ganouna “was commissioned to do a photoshoot for [Cincoro] in Mexico of the agave fields and plants, the tequila production process, and the tequila bottles and barrels” used in the production of Cincoro Tequila.

Ganouna says that her company was hired by The Colors You Like, a production company itself hired by Cincoro, and that all parties agreed ahead of the shoot on a daily rate for her time and her labor. Royalty issues were to be discussed at a later date based on what material was used from the sessions, according to the lawsuit.

“The parties did not negotiate the specific licensing/usage of Ms. Ganouna’s photographs, which Ms. Ganouna understood would be negotiated later, after Cincoro had seen her photographs and decided on the type of usage it wanted,” the original petition filed in the Central District of California earlier this week notes.

But what began with optimism all around quickly took a turn for what appeared to be mutual disappointment.

“The photoshoot was a major success. During the photoshoot, Cincoro personnel who were in attendance and saw Ms. Ganouna’s photographs on her camera excitedly told Ms. Ganouna that they loved her photographs and could not wait to use them everywhere,” the 64-page filing continues. “However, towards the end of the photoshoot and in the days after, when Ms. Ganouna attempted to negotiate a licensing fee with [Cincoro and the production company] for Cincoro’s licensing/usage of her photographs, Ms. Ganouna was told that she would not receive anything more than her day rate, that ‘none of [her] photos will be used …whatsoever,’ and that the ‘client [Cincoro] was aware’ of the situation.”

According to the complaint, Ganouna was repeatedly told not to worry about money by Torre Catalano, the founder and president of The Colors You Like. And when Ganouna did begin to bring up the sort of licensing fees typically associated with the national ad campaign envisioned by Cincoro, Catalano allegedly became verbally abusive and threatened not to pay Ganouna anything at all, according to the lawsuit.

Law&Crime reached out to Catalano for comment on this story but no response was forthcoming at the time of publication.

Ganouna later informed Cincoro about the licensing dispute but initially didn’t raise the issue as an obstacle to their business relationship. She then tried to negotiate directly with Cincoro and the production company in order to obtain “a reasonable licensing fee for such use.”

Those efforts stalled due to contractual disagreements. Ganouna also claims that her daily rate was left unpaid, “effectively holding the payment hostage until Ms. Ganouna agreed to a licensing deal” which she described as “one-sided and oppressive.”

Ganouna’s photos were, in fact, more or less everywhere.

In September 2019, Ganouna noticed that “her images were all over Cincoro’s website, social media accounts, and paid advertising.” This use of her photographs occurred “despite the express representations that had been made to her by” the production company and Cincoro, according to the lawsuit.

Per the lawsuit (emphasis in original):

On July 18, 2019, Ms. Ganouna sent an email to Cincoro and [the production company] stating that the draft agreement they had presented to her was unacceptable and attaching an alternative proposed agreement. Four days later, on July 22, 2019, Mr. Catalano sent an email to Ms. Ganouna, stating: “[W]e have decided to make no use whatsoever of your photographs. Additionally, both the client [Cincoro] and I found your photos to be beyond inadequate and of inferior quality. The project has been assigned to a new photographer for re-shoots. We are returning your draft Contract unsigned.”

Several exhibits attached to the complaint contain documentary evidence purporting to show nearly 20 original photographs taken by Ganouna that were later used without her consent in various advertising campaigns by Cincoro and third parties.

“Defendants have exploited Ms. Ganouna’s professional photographs to promote Cincoro’s high-end and ultra-premium tequila brand,” the complaint continues. “They have done so without Ms. Ganouna’s knowledge or consent and in clear and willful violation of Ms. Ganouna’s and [her company’s] rights.”

Ganouna is seeking damages, an injunction barring Cincoro and the production company from using her intellectual property going forward, attorney’s fees and interest on the money damages she believes she is owed.

“Not a chance Anais,” the production company founder wrote. “No discussion. You shouldn’t have taken the job then. Hire a lawyer if you’d like.”

The full lawsuit and accompanying exhibits are available below: